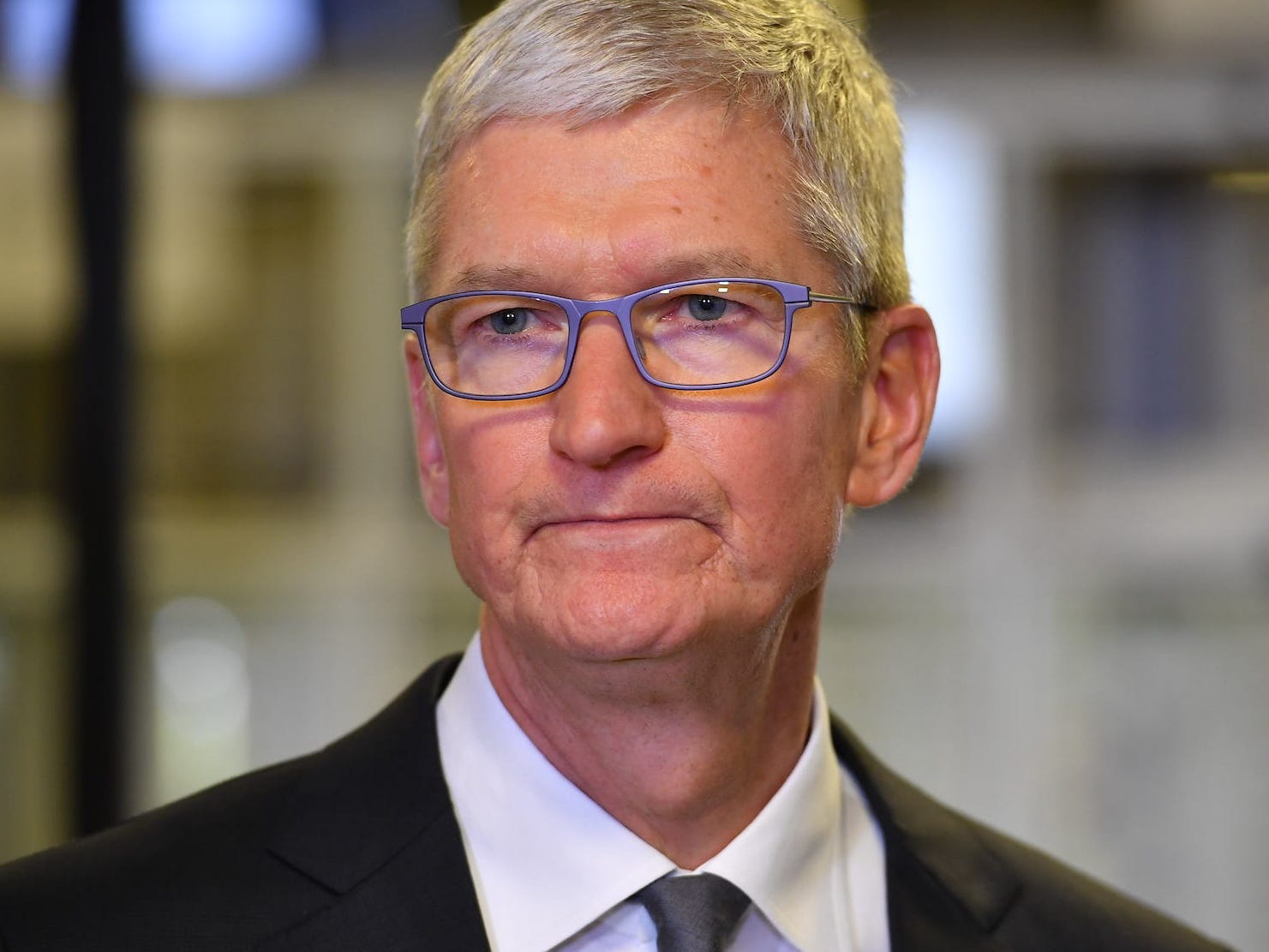 MANDEL NGAN/AFP via Getty ImagesApple CEO Tim Cook speak to the press during a tour of the Flextronics computer manufacturing facility, with US President Donald Trump, where Apple’s Mac Pros are assembled in Austin, Texas, on November 20, 2019.

Apple removed “Fortnite” from its App Store Thursday after its parent company, Epic Games, began letting players make purchases in the game. The new direct payment method would mean that Epic Games can skirt the 30% commission that Apple charges in the App Store, a controversial fee that some developers have said gives Apple an unfair advantage in the market.

In its explanation for the new payment option, Epic Games on its website said that “thousands of apps on the App Store approved by Apple accept direct payments, including commonly used apps like Amazon, Grubhub, Nike SNKRS, Best Buy, DoorDash, Fandango, McDonalds, Uber, Lyft, and StubHub. We think all developers should be free to support direct payments in all apps.”

In a statement to Business Insider, Apple said that though it intends to work with Epic Games toward a solution, it has no plans to accommodate the company’s new payment method.

You can read Apple’s statement in full below:

“Today, Epic Games took the unfortunate step of violating the App Store guidelines that are applied equally to every developer and designed to keep the store safe for our users. As a result their Fortnite app has been removed from the store. Epic enabled a feature in its app which was not reviewed or approved by Apple, and they did so with the express intent of violating the App Store guidelines regarding in-app payments that apply to every developer who sells digital goods or services.

Epic has had apps on the App Store for a decade, and have benefited from the App Store ecosystem – including its tools, testing, and distribution that Apple provides to all developers. Epic agreed to the App Store terms and guidelines freely and we’re glad they have built such a successful business on the App Store. The fact that their business interests now lead them to push for a special arrangement does not change the fact that these guidelines create a level playing field for all developers and make the store safe for all users. We will make every effort to work with Epic to resolve these violations so they can return Fortnite to the App Store.”