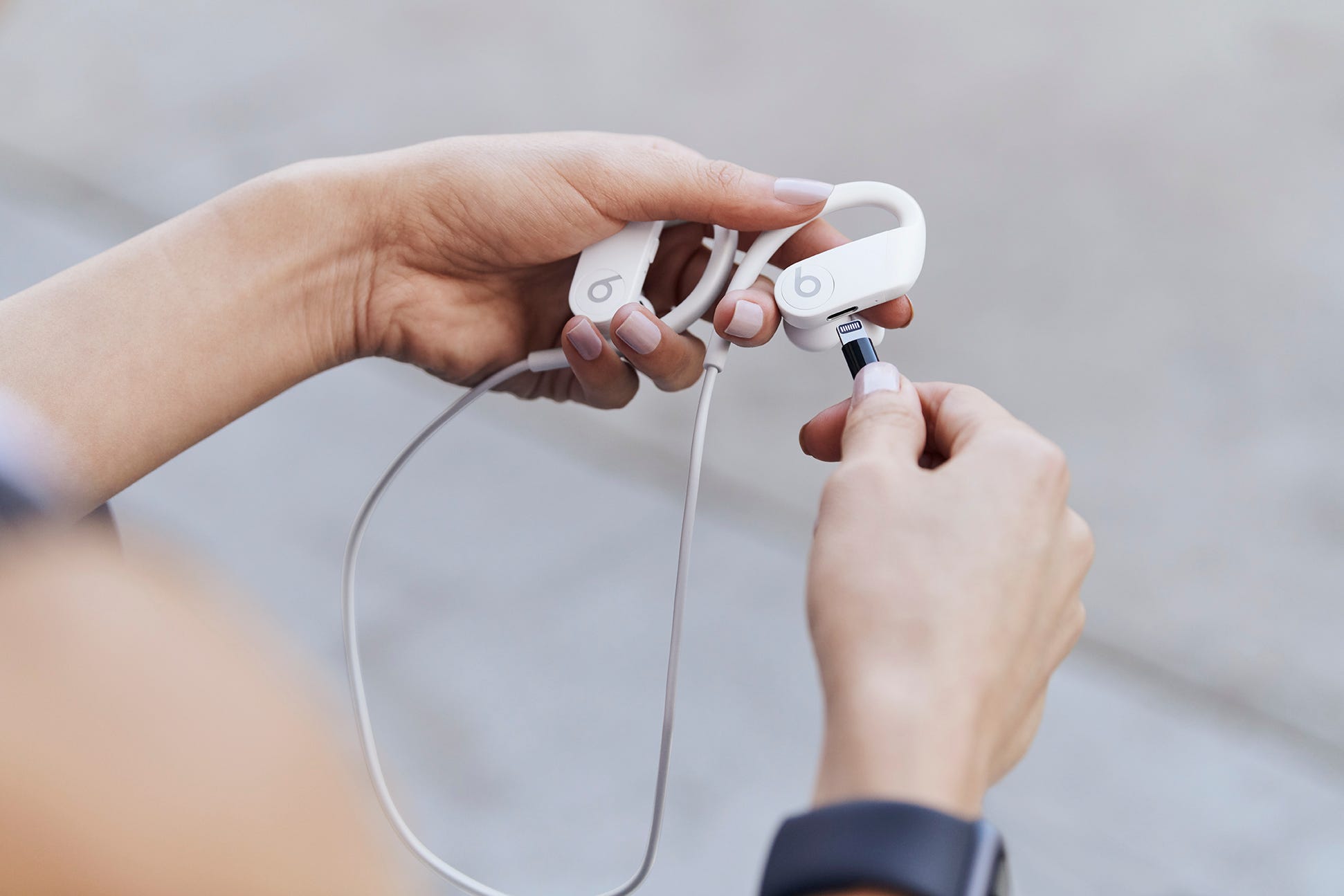 The Powerbeats’ standout feature appears to be their lengthy 15-hour battery life, which is longer than that of the Powerbeats3, which should last for 12 hours, and the Powerbeats Pro, which are said to offer nine hours of listening time. That’s also dramatically longer than the battery life on Apple’s AirPods; the second-generation standard AirPods are said to offer five hours of playback, as does the Pro model unless you have features like noise cancellation and Transparency Mode turned on, which knocks the battery life down to 4.5 hours.

The key difference between Apple’s new Powerbeats and the Powerbeats Pro are that they’re not truly wireless; rather, the two earbuds are tethered together with a cable much like the Powerbeats3. They’re being positioned as a more affordable alternative to the $US250 truly wireless Powerbeats Pro, and feature a very similar design that includes ear hooks for a secure fit and ear tips in four sizes that come in the box.

The new Powerbeats also run on the Apple H1 chip found in the Powerbeats Pro and AirPods, which means they’re capable of hands-free Siri connectivity and should be able to switch between paired devices quickly. Like AirPods and Powerbeats, they will also automatically connect to your Apple device upon turning them on after you pair them for the first time.

They’re also water resistant and come with dual beamforming microphones like the Powerbeats Pro, which should provide clear audio for phone calls. The headphones will be available in black, white, and red colour options.

Although the Powerbeats offer specific advantages for iPhone owners – like the ability to quickly connect to Apple devices – they will probably work just fine with Android phones and other non-Apple Bluetooth devices, too. Since the Powerbeats Pro and Powerbeats3 are capable of connecting to Android devices by going through the typical Bluetooth pairing process, the new Powerbeats are probably no different.

The Powerbeats represent another addition to Apple’s growing audio lineup, which has becoming an increasingly important product category for the company. Apple’s home, wearables, and accessory division, which includes Beats headphones and AirPods as well as the Apple Watch, has been steadily growing. In the company’s fiscal first quarter of 2020, the category generated more than $US10 billion in revenue, outpacing the iPad and Mac product lines.

Apple may have more in store for its audio lineup in 2020 as well. The company is rumoured to further flesh out its audio offerings with a pair of premium wireless over-ear headphones that could launch in the first half of this year.