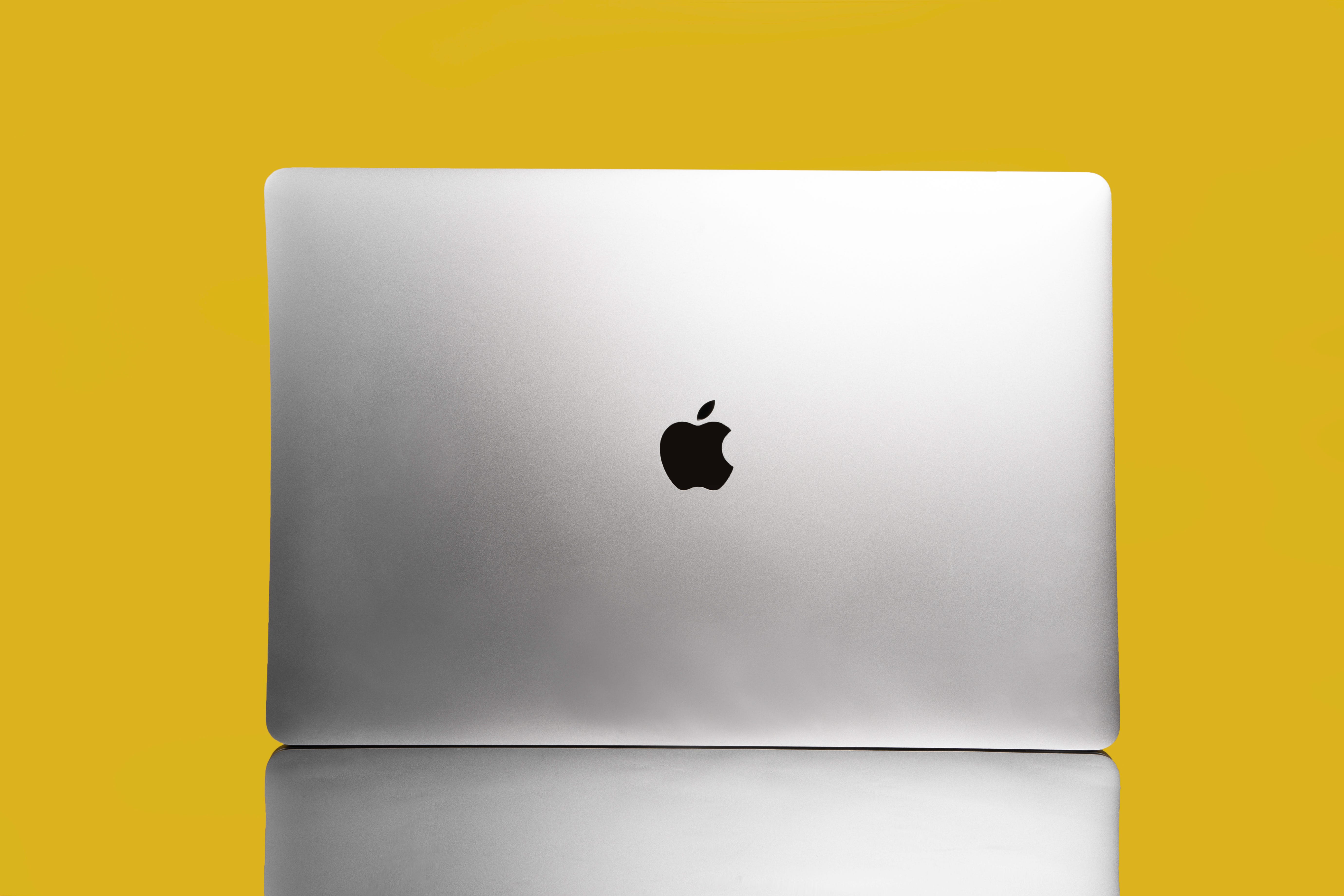 While it’s true that iPhone and Mac products run on separate software – a decision Apple has no plans to change -Mac computers are on pace to evolve into something that looks a lot more like the iPhone than ever before. That’s all thanks to Apple’s new Mac software, and most importantly, the company’s plan to transition away from Intel to its own homegrown chips.

Apple announced its decision to develop its own silicon for Macs during its Worldwide Developers Conference last month, saying that it expects the transition to take two years. Such a move will enable Macs to run iPhone and iPad apps since the chips powering these products will run on one common architecture.

It will also open the door for Apple to design specific Mac features based on the device’s hardware and processing power, just as it’s done for the iPhone, Apple Watch, and other products. Apple CEO Tim Cook hinted at as much during the company’s presentation.

“When we look ahead, we envision some amazing new products,” Cook said during the presentation. “And transitioning to our own custom silicon is what will enable us to bring them to life.”

The Mac has gotten boring compared to Windows The shift to Apple silicon indicates there are some promising updates ahead for the Mac, which hasn’t changed much over the last decade. While Windows computer makers such as Lenovo, Dell, and Asus among others have developed computers with detachable or flexible touch screens, multiple displays, or designs that take various forms, Apple’s MacBooks largely look the same, save for the addition of the Touch Bar in 2016.

The most exciting change to come to Apple’s newest MacBook Pro and Air laptops are their redesigned keyboards, an update that came in response to criticism of Apple’s flatter and more typo-prone butterfly keyboard. Dell, meanwhile, showcased concept laptops with flexible displays and more than one screen at the CES tech conference in January.

Apple’s decision to develop its own silicon for the Mac hopefully means we’ll see new innovations come to its line of laptops and desktops. And that’s a very good thing for Apple, which has largely ignored the biggest industry trend to unfold over the last decade: the rise of laptop-tablet hybrids.

Apple was never on board with the idea that mobile and desktop operating systems should be the same, but it recently began playing catch-up when it comes to this trend by building more desktop-like functionality into the iPad, especially the iPad Pro.

Despite bucking this trend, Apple is still one of the top five laptop and desktop vendors in the world when it comes to global market share. But it ranks behind PC giants like Lenovo, which placed in first, followed by HP, Dell, and Acer, according to figures from the International Data Corporation published in April.

Having more freedom and flexibility to develop new features for the Mac that may help it stand out could be especially important now that PC makers are starting to think about what’s next for the laptop – like the integration of 5G technology.

It would also give Apple an advantage in that it wouldn’t be prone to issues impacting the rest of the industry, like Intel’s chip shortage from 2019, which impacted rivals like Dell and HP. 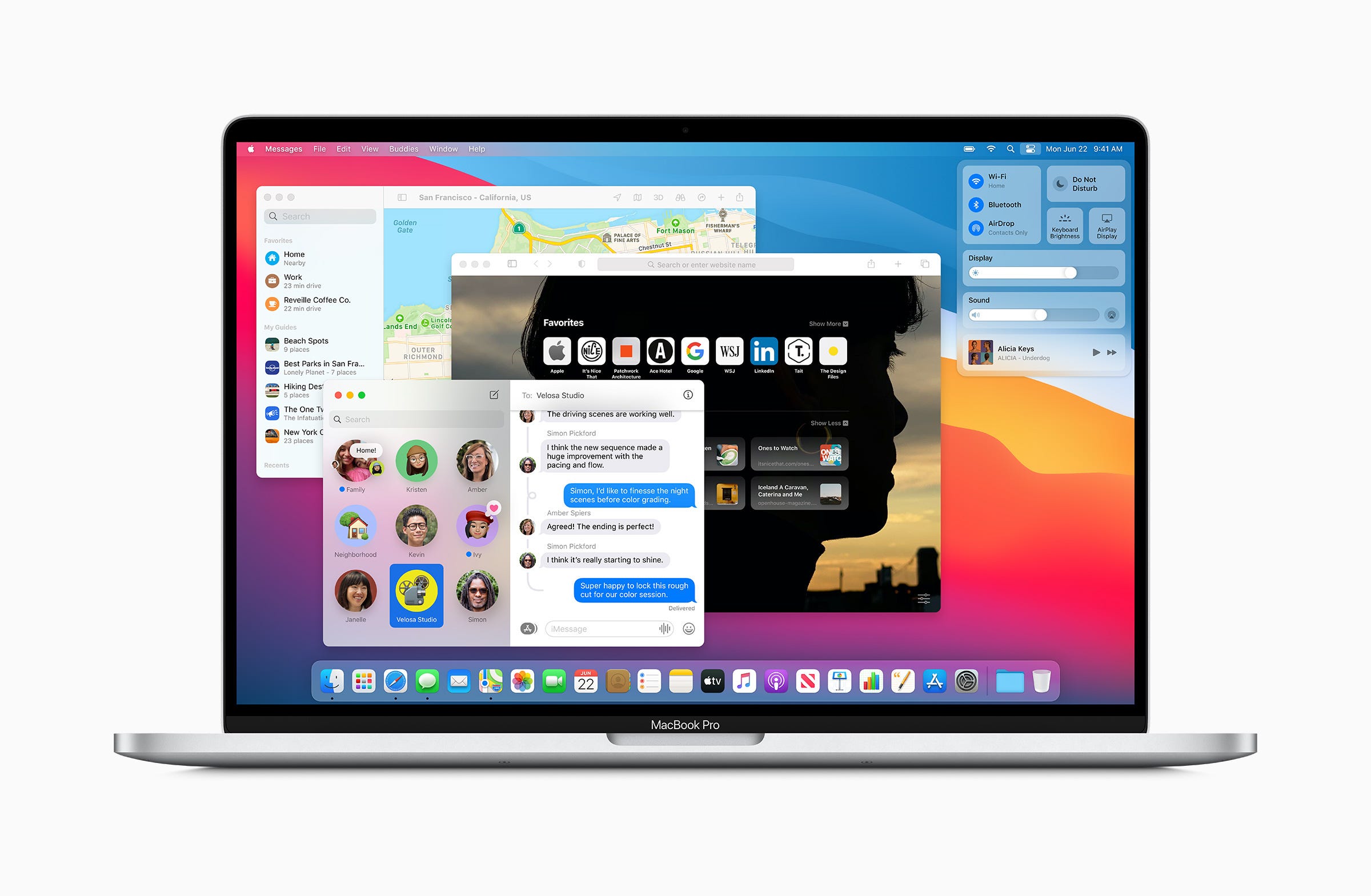 Based on the company’s announcements at WWDC, the Mac is taking a new direction that will more closely resemble the iPhone experience, possibly setting the stage for more significant changes to the Mac lineup.

Although Apple has yet to launch its first computer based on its own silicon, the company’s macOS Big Sur update already provides a glimpse at the growing similarities between the Mac and the iPhone. The update, slated to launch in the fall, has a slick new design that feels similar to the iPhone and iPad’s interface. For example, Apple is bringing Control Centre – the panel with quick settings for screen brightness, volume, media playback, and other controls that’s accessible on the iPhone – to the Mac with Big Sur.

The dock is also getting a fresh redesign that resembles that of the iPad, and the Messages app for Mac will be updated with features that have long been available on the iPhone, like support for Memoji, the ability to insert GIFs, and special effects when typing certain phrases.

When Apple starts launching computers powered by its own processors instead of Intel’s, that shift will become even more apparent. Not only will iPhone apps be capable of running on the Mac natively, but it will also allow Apple to make bolder and more dramatic changes to the Mac than what we’ve seen in recent years.

The iPhone’s biggest advantage is coming to the Mac: complete control A large part of what sets Apple apart lies in the fact that it controls almost every aspect of the product development process, from the hardware design to the software and silicon. That’s what has separated Apple’s iOS platform from Windows and Android. Because Apple designs its own chips for mobile devices like the iPhone and Apple Watch, it’s able to tailor its products’ performance, functionality, and power management in accordance with the device’s software.

Take the automatic handwashing detection in watchOS 7, Apple’s next major software update for the Apple Watch. That feature is made possible by the neural engine found inside the Apple Watch Series 4 and Series 5.

There are many examples of this on the iPhone, among the most recent being Apple’s deep fusion photography feature, which it announced last fall. Deep fusion uses machine learning enabled by the neural engine inside the A13 Bionic, the chip that powers the iPhone 11 lineup and iPhone SE, to process photos at the pixel level, optimising shots for texture, detail, and noise.

Apple’s announcement left many unanswered questions about Apple silicon, such as exactly how powerful its chips will be. But what’s clear is that developing its own silicon will enable Apple to put its own stamp on the Mac just as it’s done with other products.

“Steve came to the conclusion that the only way for Apple to really differentiate and deliver something truly unique and truly great, you have to own your own silicon,” Srouji said to Bloomberg Businessweek in 2016. “You have to control and own it.”