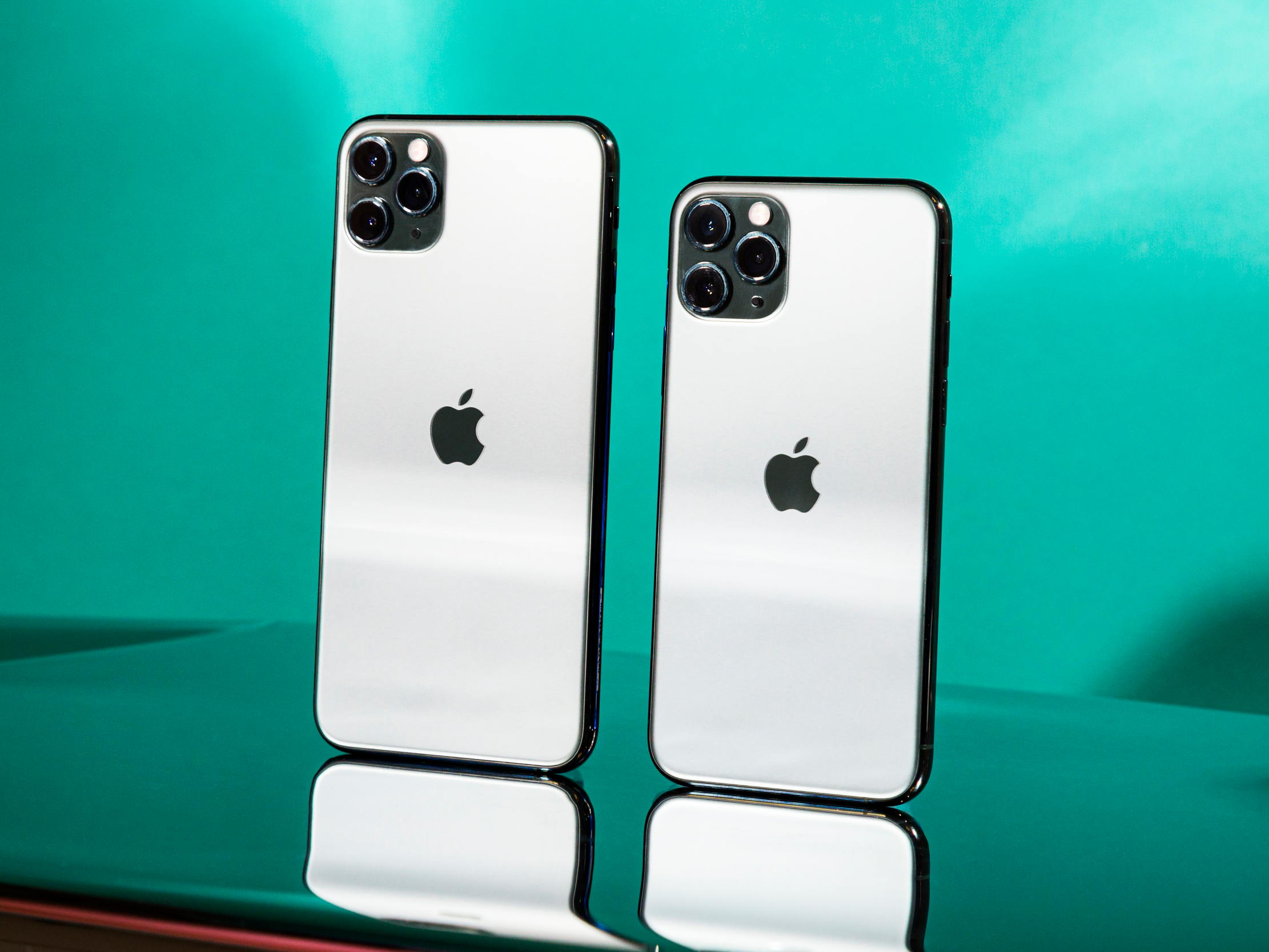 A new Apple patent provides a glimpse at how the company may approach foldable phones, coming after multiple foldable devices from rivals like Samsung, Motorola, and Huawei have already hit the market.

The patent, which is dated July 7 and was first spotted by Apple Insider, is titled: “Foldable electronic device with exposed display region.” It details a design for a mobile device with a flexible display that folds in half, with one portion of the screen still visible even when the the device is closed.

When unfolded, the device’s screen would lie flat. But when closed, a portion of the display would protrude out so that it’s still visible to the user. That exposed protruding section of the screen could be used to show notifications and other content while the phone is closed, the document says. 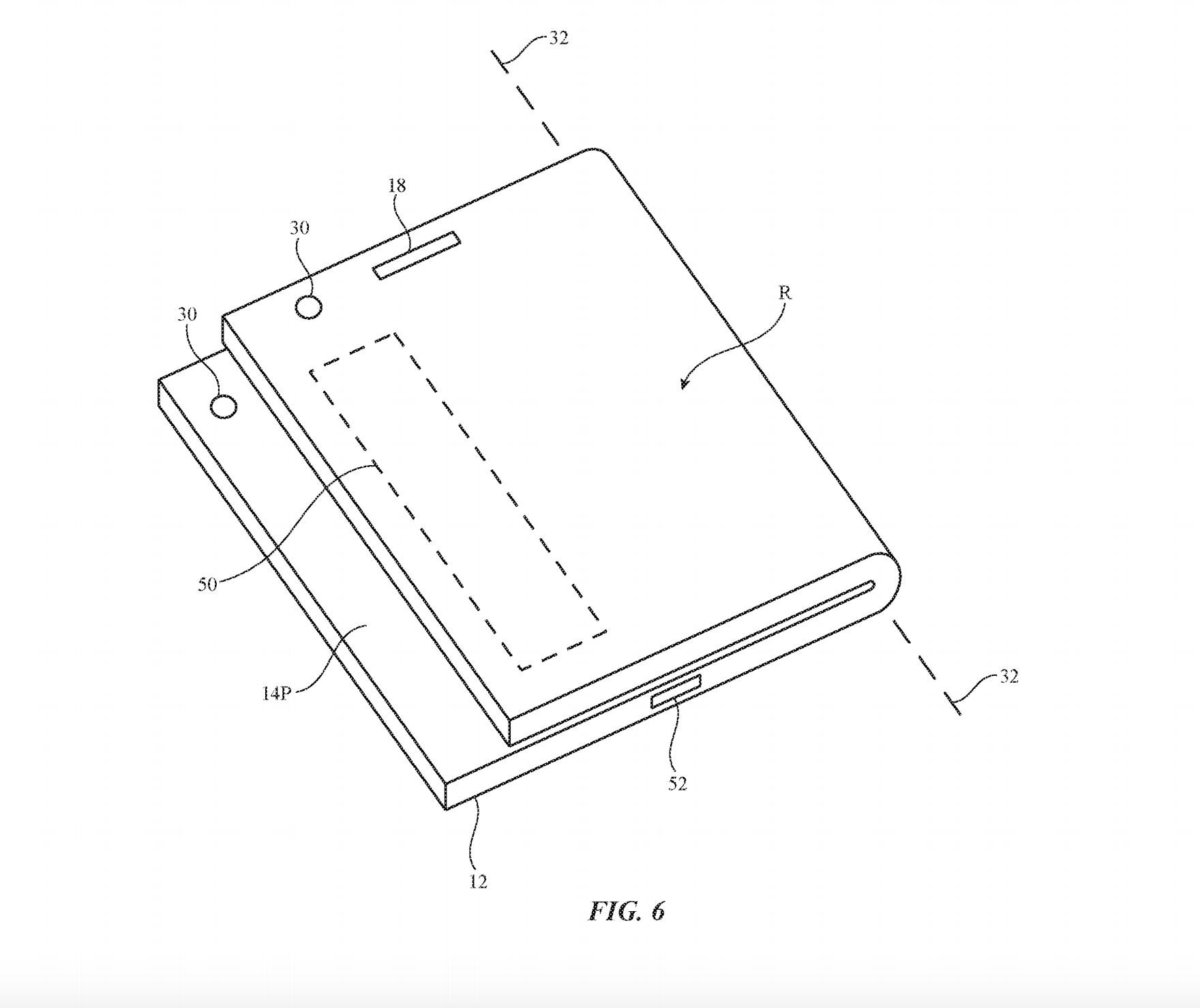 That’s a different approach than what we’ve seen on foldable phones from Samsung, Motorola, and Huawei so far. Samsung’s Galaxy Fold, for example, closes like a book, covering the main display when shut while a smaller second display on the front of the phone shows notifications and other information.

Both Motorola’s foldable Razr and Samsung’s Galaxy Z Flip are essentially modern versions of the classic flip phone – which is to say they have a clamshell design that snaps open and closed. And the Huawei Mate X folds backwards, leaving the display exposed on the outside.

In another embodiment, a drawing in Apple’s patent filing shows how a foldable device could have a protrusion near the top of the phone so that the user could access components like the camera without unfolding it. 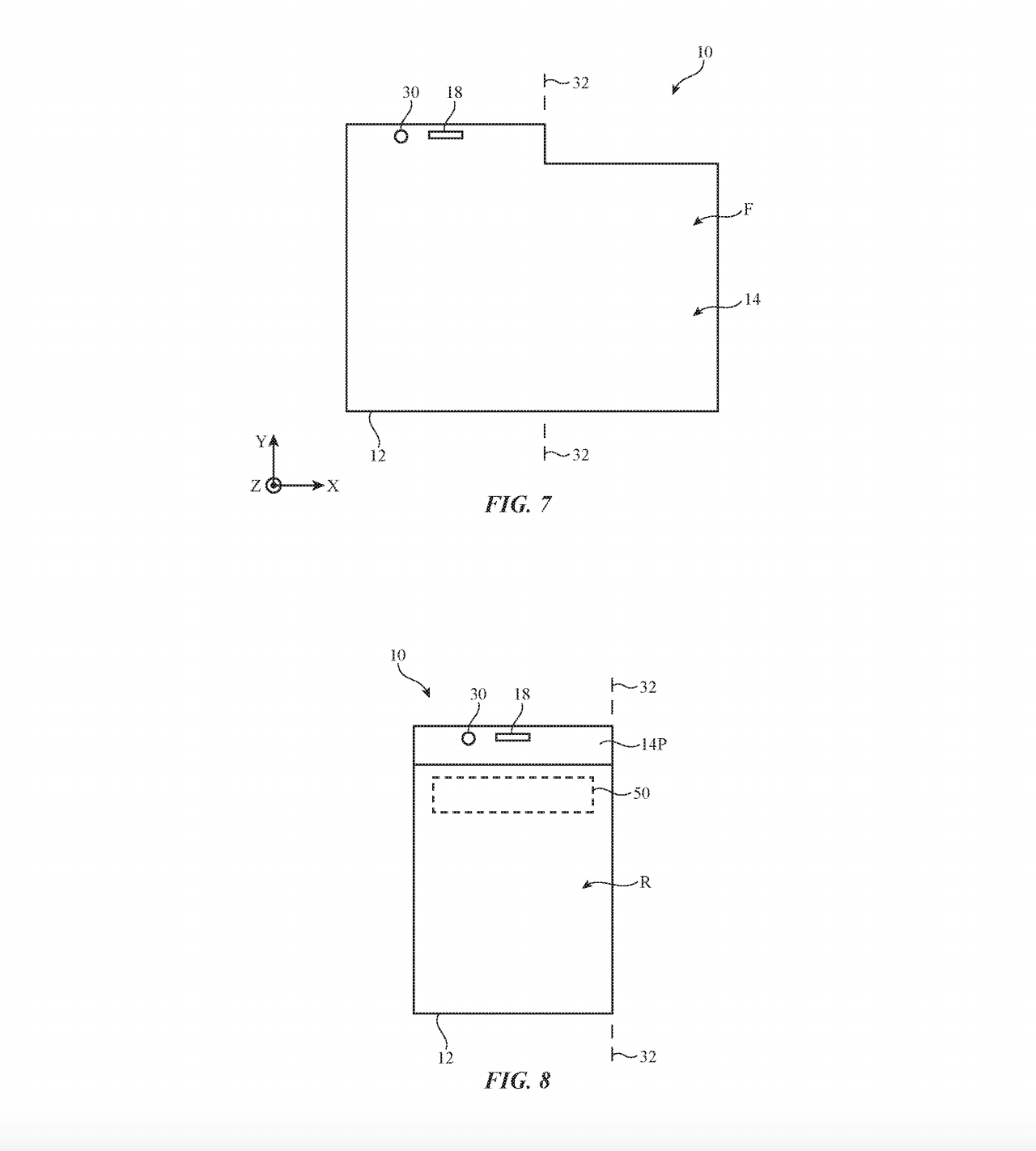 It’s far from being the first patent Apple has filed in reference to devices with foldable and flexible screens. The company has even filed a patent application for a smartphone design with multiple screens that resembles a single sheet of glass.

None of these patents, however, are indications that Apple is actually planning to release a foldable iPhone. Rather, they suggest that Apple is at least thinking about how it could approach foldable phones if it decides to do so. Apple has patented different types of technologies and product designs that don’t make it to the final product – many of Apple’s older wearable device patents, for example, don’t look anything like the Apple Watch.