The most exciting new tech gadgets of 2020 are designed for the future, not today 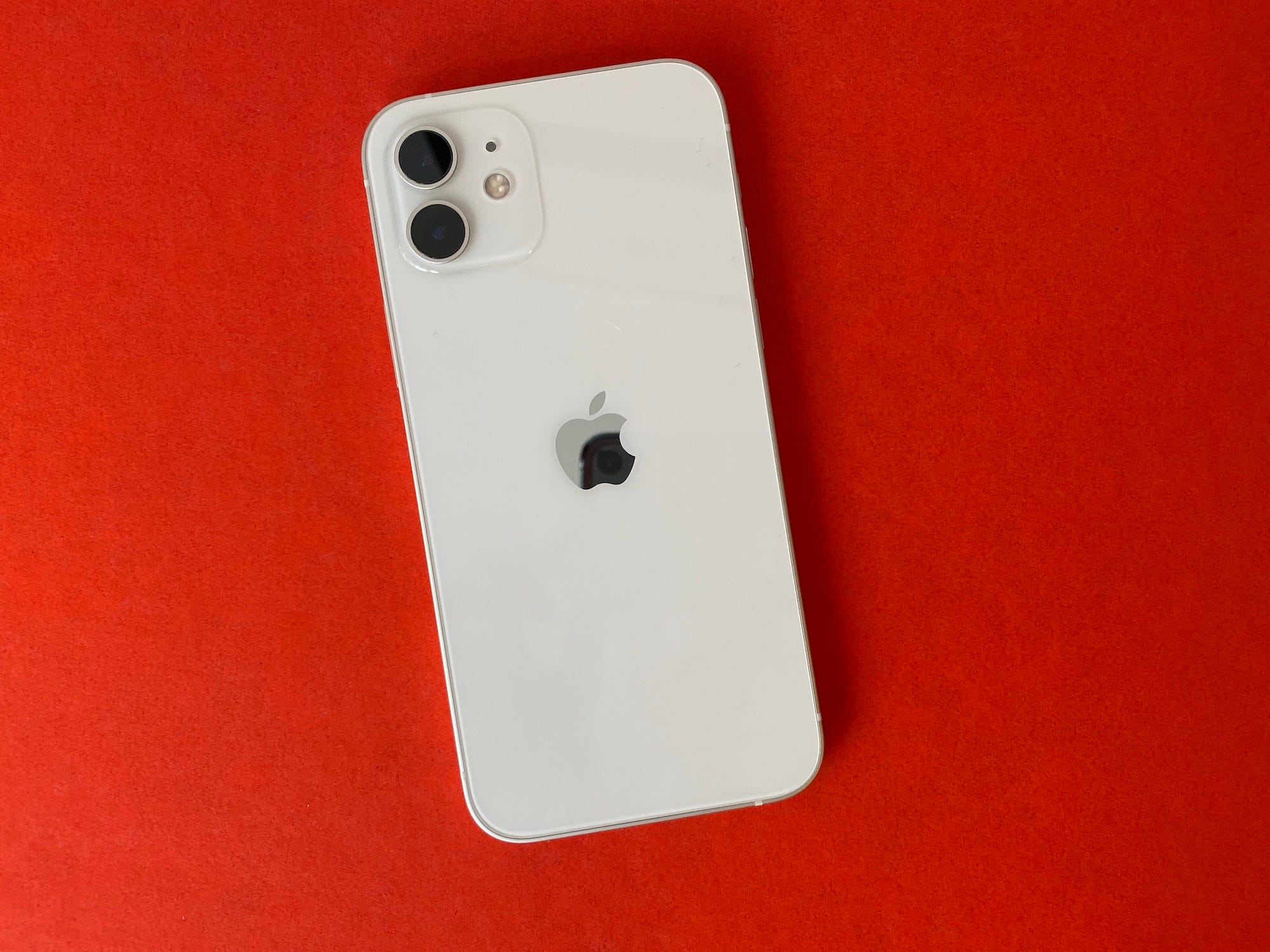 The technology industry is synonymous with change and forward-looking products. But in 2020, that approach may have been taken a bit too literally.

Technologies that have long been buzzwords or distant concepts â€” such as 5G, augmented reality, and foldable screens â€” are now playing a bigger role than ever in new products from Apple, Samsung, and Microsoft.

The problem? Those technologies aren’t quite ready for prime time, sometimes resulting in products that either feel half-baked or don’t justify an immediate upgrade, despite the hype.

Still, the products themselves are important because they provide the foundation for more refined devices and technologies that are likely to come. Or they “future proof” certain product lines. Apple’s iPhone 12 lineup, for example, is built to still support the latest and greatest technology a few years from now when it is indeed ready for the masses.

In other words: the most headline-grabbing gadgets of 2020 â€” from the 5G iPhone 12 to foldable phones like Microsoft’s Surface Duo and next-generation gaming consoles â€” are more about setting the stage for the future than offering improvements that are immediately useful today.

Let’s start with Apple’s iPhone 12, which the tech giant unveiled earlier this month. 5G was positioned as being the biggest upgrade to come to Apple’s new smartphone lineup, with CEO Tim Cook calling it “the beginning of a new era for iPhone.”

The iPhone 12 is far from being the first 5G smartphone â€” Android device makers like Samsung, Google, and Motorola all announced multiple 5G phones before Apple did.

But the fact that the network is becoming standard on the latest iPhones does mean that millions of additional people will now have phones that are compatible with the new network. Those people are also probably expecting to see a big jump in network performance after unboxing their new iPhones.

That won’t be the case. 5G networks that are available broadly across the country today from major carriers offer speeds that are only incrementally faster than what you would experience with a 4G LTE connection. Both Verizon and AT&T have also acknowledged that early 5G networks will be comparable to fast 4G LTE networks.

In my experience using an iPhone 12 on Verizon’s 5G network in Queens, New York, average upload and download speeds on 5G only slightly outpaced those of 4G LTE. PCMag’s Fastest Mobile Networks Test from September also highlights the conundrum with today’s 5G networks: Networks are either about the same as 4G LTE, or they’re exceptionally fast but difficult to find.

That’s partially because super-speedy networks that deliver significantly higher performance than 4G LTE operate at a limited range. That’s why they’re only found in small and dense areas, like specific streets in downtown areas of certain cities or stadiums.

As such, it’s not wise to upgrade to the latest iPhone specifically because of 5G. Still, building 5G into the latest iPhone will allow it to remain relevant for years to come. Those spending between $US700 and $US1,100 on a new iPhone probably want a device that will last for at least three years.

And by then, 5G networks are likely to be far more developed and widespread than they are today. Adding 5G to the iPhone 12, even if 5G compatibility alone doesn’t justify an upgrade in 2020, prevents this year’s iPhones from feeling wholly irrelevant by 2022.

5G network support isn’t the only forward-looking technology found on Apple’s latest iPhones. The iPhone 12 Pro and 12 Pro Max are also Apple’s first iPhones to come with a LiDAR scanner â€” which stands for Light Detection and Ranging â€” allowing them to measure depth much more accurately. 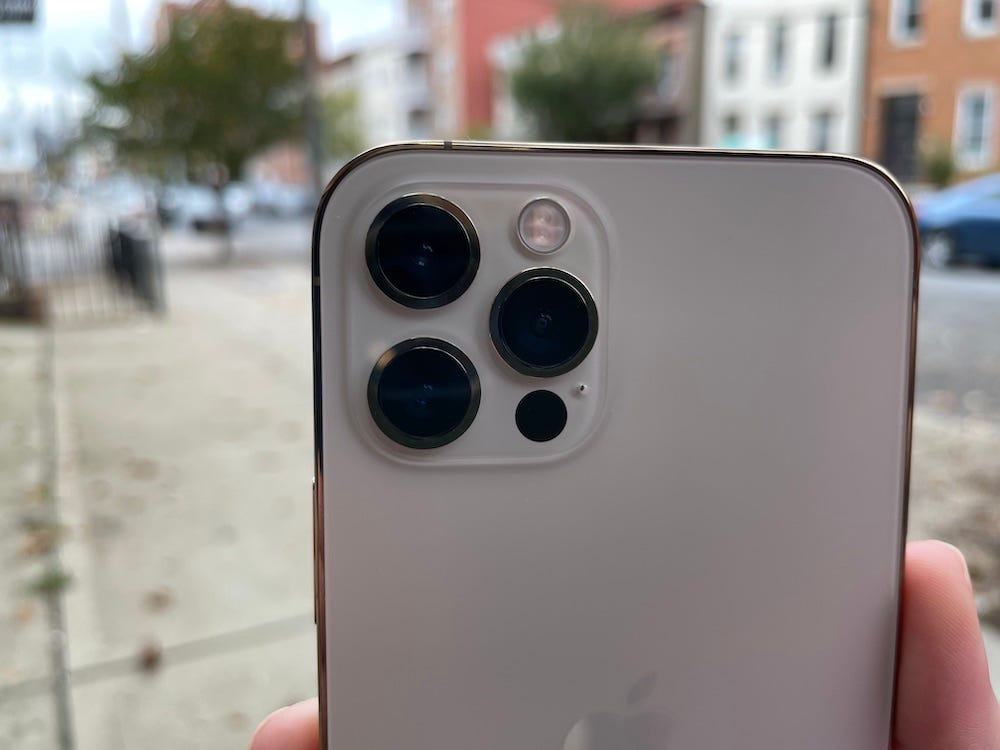 The sensor gives augmented reality applications a big boost in performance since it enables the iPhone to more accurately detect nearby surfaces, and also offers some photography-oriented benefits.

Apple CEO Tim Cook has been vocal about the potential he sees for augmented reality, and the iPhone 12 Pro and 12 Pro Max represent the first iPhones to come with dedicated hardware for AR.

Still, there hasn’t been a breakout AR app since Pokemon Go launched in 2016, so augmented reality performance probably isn’t a selling point for most people today. But Apple is rumoured to be working on a dedicated headset for AR, and building LiDAR into its new Pro iPhones could serve as an important step along the way.

Smartphones are evolving in other ways beyond the cellular networks they connect to and their sensors. Companies like Samsung, Motorola, and, most recently, Microsoft have developed mobile devices with foldable designs that enable them to either double as both a tablet and a smartphone or become more compact by folding in half.

Samsung launched its first foldable phones last year, while Microsoft in September debuted the Surface Duo, which consists of two screens connected by a flexible hinge. The Duo is Microsoft’s first major reentry into the smartphone market, a launch that had been anticipated ever since the company revealed the foldable device back in October 2019. 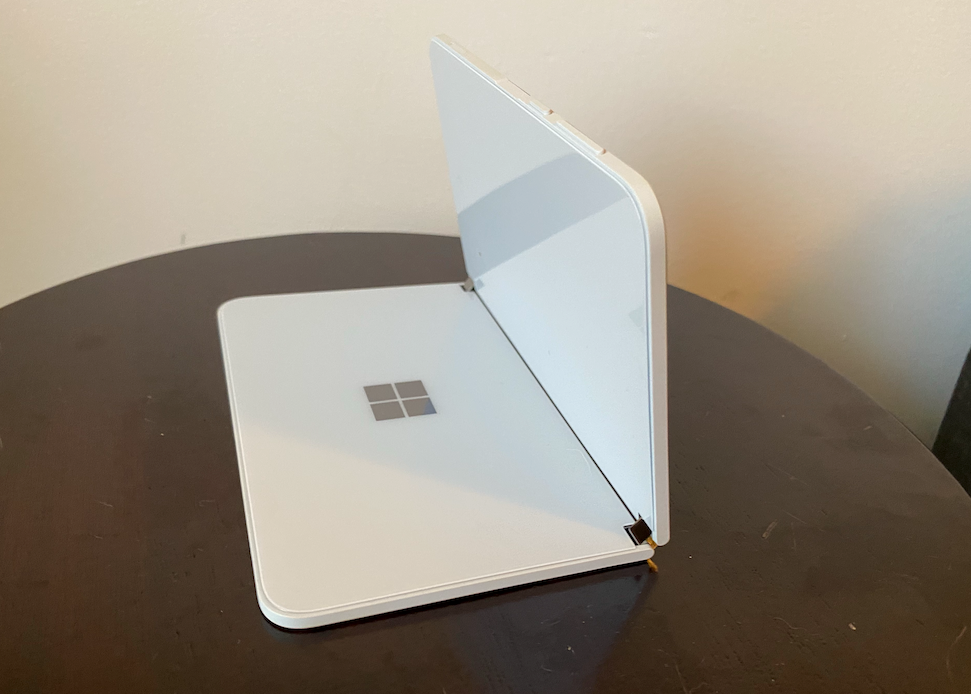 Lisa Eadicicco/Business InsiderMicrosoft’s Surface Duo has a flexible hinge in the middle.

It’s encouraging to see some of the world’s largest and most influential technology companies thinking about what’s next for the smartphone. After all, mobile phones haven’t changed much in terms of design since the original iPhone launched in 2007.

Yes, they have become exceptionally powerful and sleek since then, but their general shape is the same: a slab of glass packed with processors, sensors, and cameras. Microsoft, Samsung, and others are looking to change that.

But currently available foldable phones still feel like early steps in that direction in some ways. For most people, they likely don’t justify the premium you must pay to get the benefits of a device that can function as both a phone and a tablet.

That’s especially true for the $US1,400 Microsoft Surface Duo, which received lukewarm reviews in early September largely because its software didn’t feel polished enough and it fell short of the camera quality you’d expect from a phone of that price.

Samsung’s Galaxy Z Fold 2 showcases the best of what a foldable phone can be in 2020, but it comes at the exceptionally high price of $US2,000. It’s also Samsung’s fourth foldable phone â€” launching after the ill-fated original Galaxy Fold, the appropriately named Galaxy Z Flip, and the 5G version of that modern take on the flip phone.

That Samsung has released four foldable phones in about a year suggests that tech giants are still experimenting when it comes to designing the ideal foldable phone.

The tech needed to support the game-changing visuals of next-gen consoles is only available on new, expensive TVs

The pattern of launching gadgets with technologies that are slightly ahead of their time isn’t specific to the smartphone market. Next-generation consoles from Microsoft and Sony promise to deliver gameplay with stunning visuals at a significantly higher frame rate, resulting in buttery smooth performance. 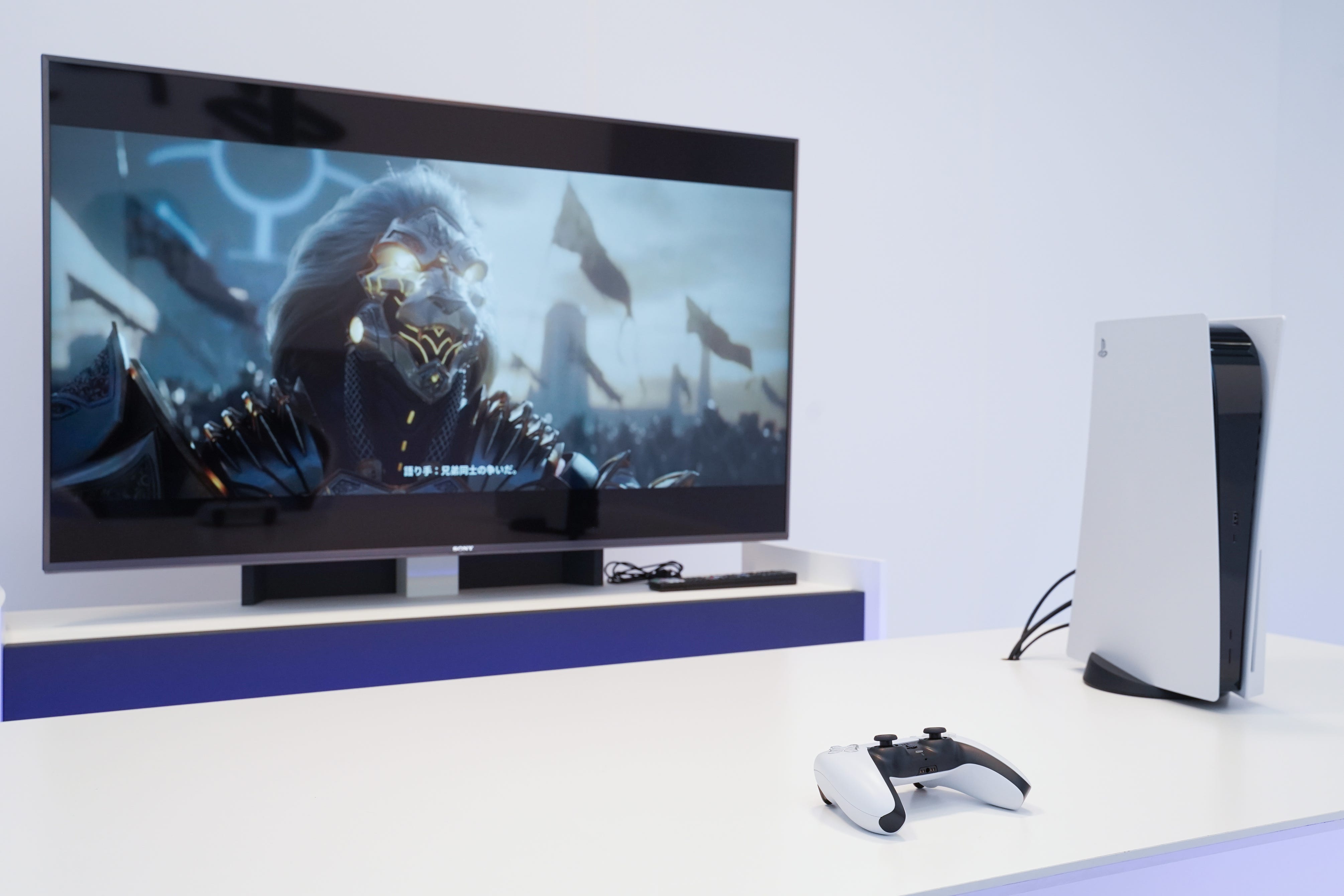 But you’ll need a TV that supports 4K resolutions and 120Hz refresh rates to experience those gains, as my colleague Ben Gilbert noted, and such TVs are still relatively new to the market. Sony, for example, just announced its “Ready for PS5” TVs in June.

They will also need to include an HDMI 2.1 port to facilitate gameplay that takes advantage of all the upgrades the PlayStation 5 and Xbox Series X have to offer, a rarity on today’s TVs. The specification for HDMI 2.1 wasn’t even finalised until 2017. Usually, it takes several years for devices that adopt new standards to appear on the market, as CNET notes.

Not to mention, TVs that check all of these boxes are wildly expensive, costing more than $US1,000, much more than the consoles themselves.

2020 introduced a few leaps forward for the consumer technology industry that only come once or twice every decade or so â€” the launch of next-generation gaming consoles, the evolution of cellular networks, and a rethinking of the world’s most popular personal computer: the smartphone.

Just don’t expect to see the benefits of these advancements right away. Rather, they underscore the investments made by tech companies and carriers that we’ll experience over the long term.