Apple will hold its big annual launch event on September 15, where it may unveil new Apple Watches, iPhones, and more 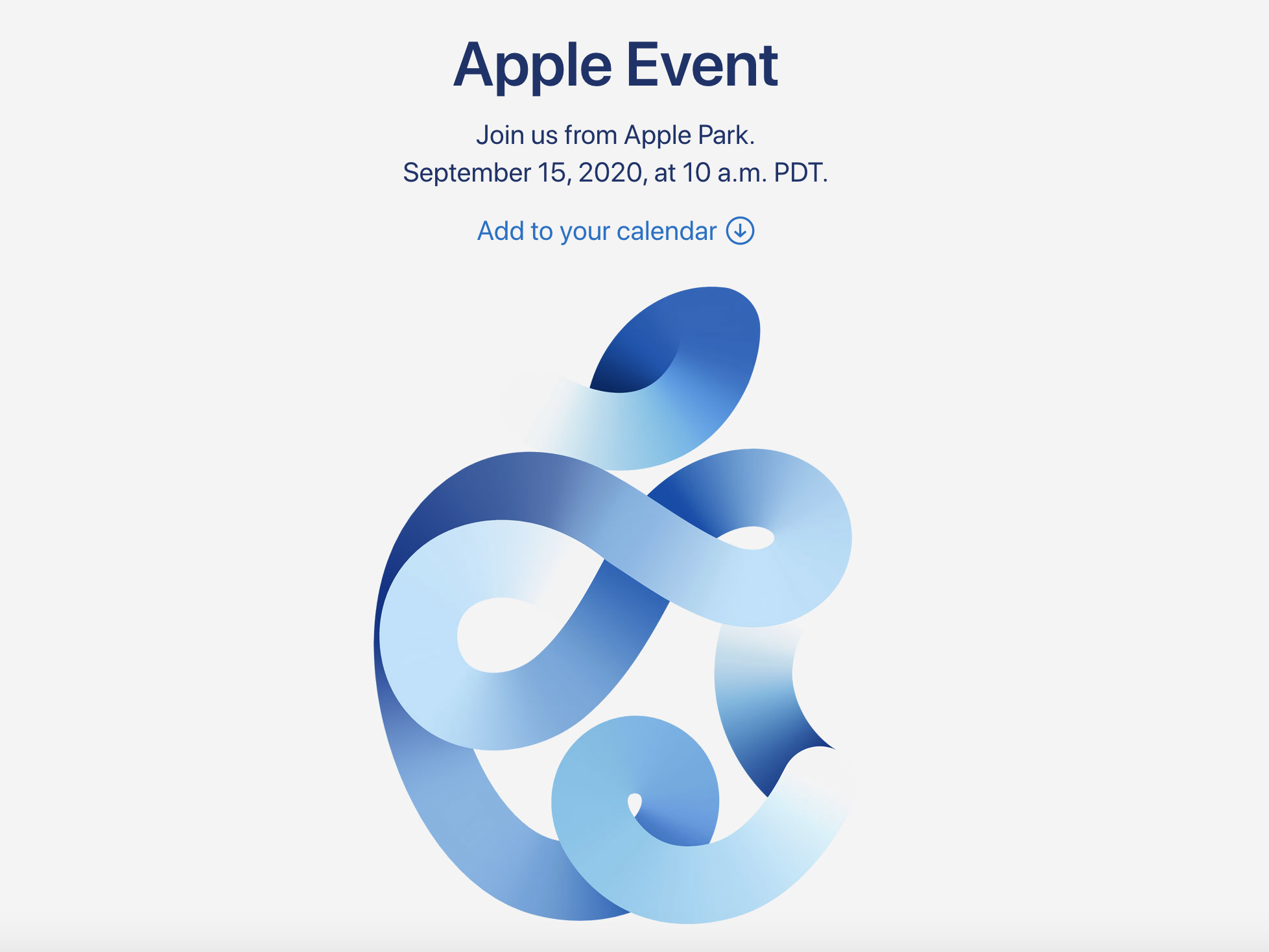 Apple on Tuesday announced it would hold a virtual event on September 15, where it’s highly expected to unveil new products like updated versions of the Apple Watch and iPad.

The web page for the event doesn’t offer many details about it, other than it will begin at 10 a.m. PT and take place at Apple Park.

Apple typically unveils new iPhone models at its annual September event, so there is much speculation that the iPhone 12 will be the main announcement at this month’s launch.

But Bloomberg’s Mark Gurman, who has a strong track record when it comes to reporting on unannounced Apple products, said he expected a new Apple Watch and a new iPad to be unveiled at the event. Announcements about a new iPhone likely won’t come until October, he said.

I am told Apple won’t announce the iPhone until October. This is for the iPad and Apple Watch in all likelihood. https://t.co/pw1oVXVoaL

Apple may launch two new Apple Watch models this year, Bloomberg previously reported: one model to succeed the Apple Watch Series 5 and another to replace the cheaper Series 3. The outlet also reported that Apple was planning to launch a new iPad Air with thinner bezels, like those found on the iPad Pro.

Apple’s iPhone 12, meanwhile, is expected to be its first smartphone with 5G connectivity. Makers of Android devices like Samsung, Huawei, and OnePlus have launched 5G phones throughout 2019 and 2020.

The iPhone 12 will come in four variants, Bloomberg reported: two models to succeed the iPhone 11 and two that will replace the iPhone 11 Pro and iPhone 11 Pro Max. All four versions will feature OLED screens, which offer deeper blacks and richer contrast compared with the iPhone 11’s LCD panel, according to Bloomberg.

Apple said on its most recent earnings call that it expected supply of its next iPhone to arrive a few weeks later than usual compared with last year’s launch.

In addition to launching new iPhones, Apple Watch models, and an updated iPad Air, the company has a smaller version of its HomePod smart speaker and its first pair of over-ear headphones in its pipeline, Bloomberg reported.

The September 15 announcement marks the second major event that Apple has had to hold virtually in recent months because of the coronavirus pandemic. In late June, it held its annual Worldwide Developers Conference digitally for the first time in its 31 years.