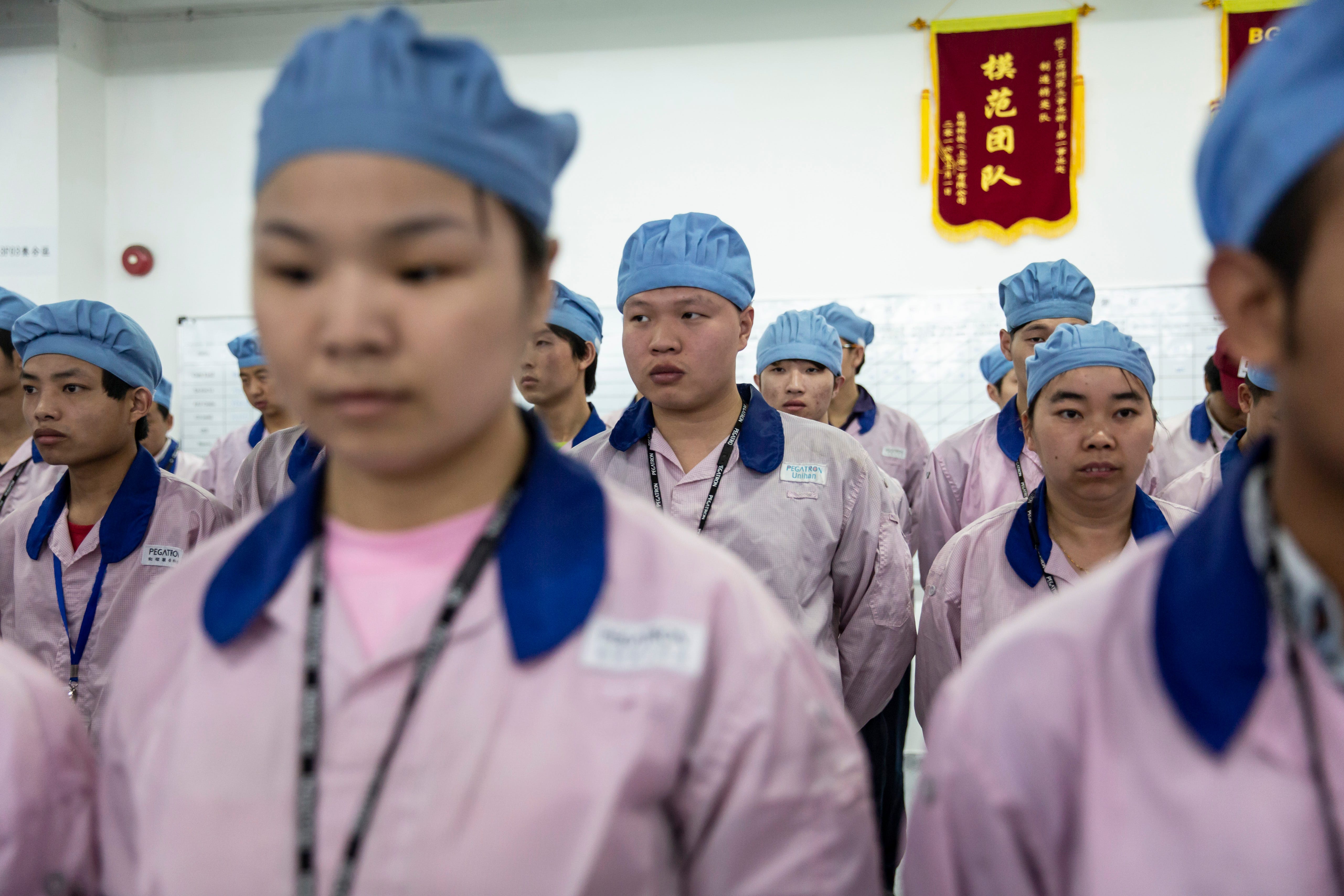 Qilai ShenEmployees before their shift starts at a Pegatron Corp. factory in Shanghai.

Apple said Monday it had suspended business with its second-largest iPhone supplier, Pegatron, over labour violations in the manufacturer’s student-worker program.

The tech giant said that several weeks ago, it discovered the Taiwanese manufacturer “misclassified” student workers and let them perform work “unrelated to their major” at its plant near Shanghai.

The news was first reported by The New York Times.

“Apple has placed Pegatron on probation and Pegatron will not receive any new business from Apple until they complete all of the corrective actions required,” an Apple spokesperson said.

“The individuals at Pegatron responsible for the violations went to extraordinary lengths to evade our oversight mechanisms,” the spokesperson said.

Apple found no evidence of underage or forced labour, the spokesperson added.

Pegatron has fired the executive of the student program, and students have safely returned to their homes with financial compensation, Apple said.

Apple relies on companies such as Pegatron, and its larger Taiwanese rival Foxconn, to assemble its products, such as the iPhone.

Apple has run into trouble with Foxconn, too.

In September 2019, a report published by China Labour Watch found that the US tech company and Foxconn broke Chinese labour laws by employing too many temporary workers at the largest iPhone factory in Zhengzhou, China.

In a statement, Pegatron said: “Some student workers at Pegatron Shanghai and Kunshan campus were identified working night shift, overtime and in positions unrelated to their majors, which were not in compliance with local rules and regulations.”

“Upon discovery of this non-compliant activity, we immediately took the student workers off production lines and worked with our customer and third party experts to make appropriate arrangements for them to return to their homes or schools with proper compensation alongside all necessary support and care,” the company added.