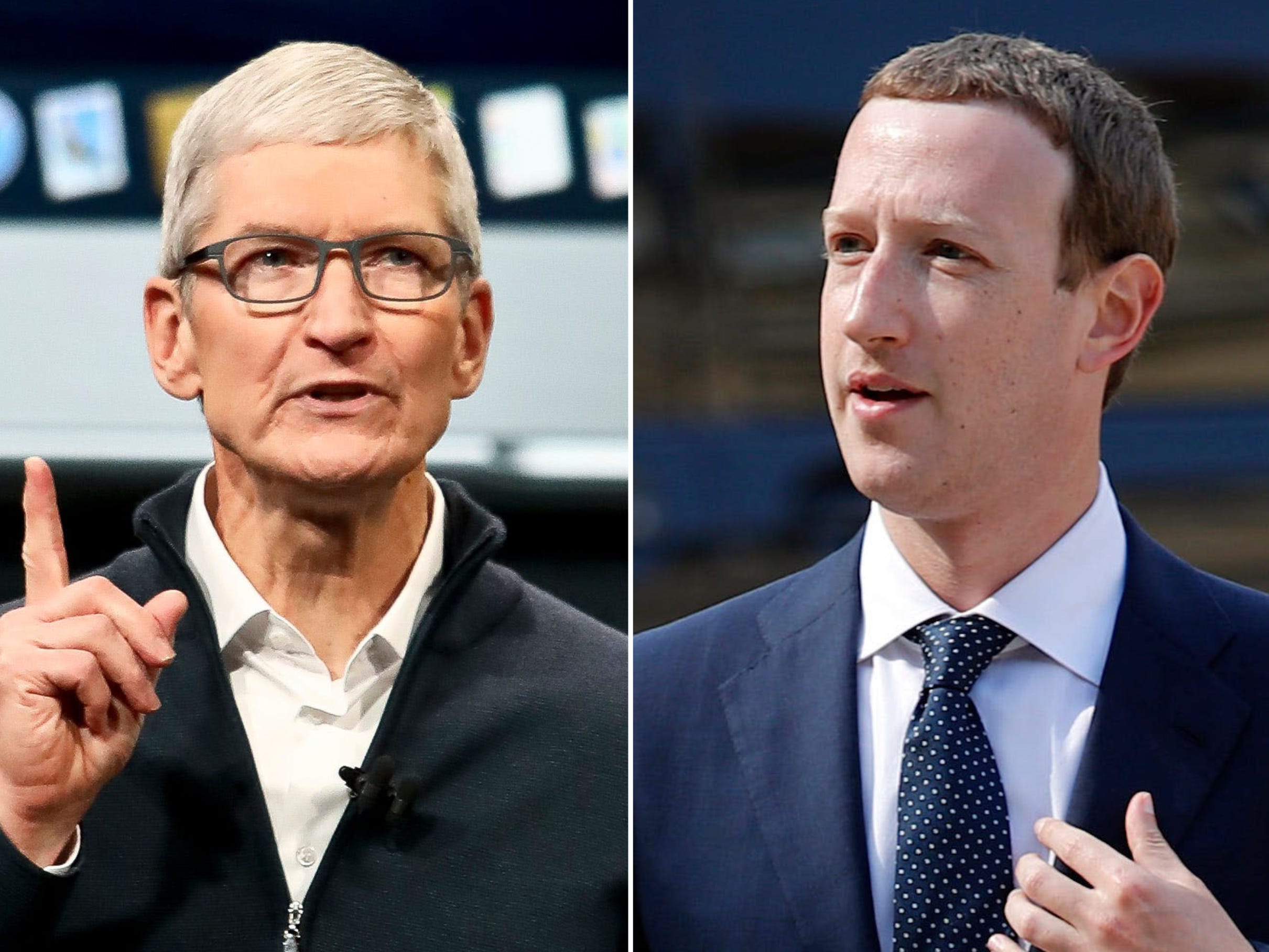 Apple and Facebook traded barbs this week over which one of them exploits their users more.

Apple struck the first blow on Thursday in a letter addressed to nonprofits, including Human Rights Watch and the Electronic Frontier Foundation, saying it doesn’t hoover up detailed user data to sell to third parties. Facebook takes a “very different approach,” Apple said.

“Not only do they allow the grouping of users into smaller segments, they use detailed data about online browsing activity to target ads,” Apple’s Senior Director of Global Privacy Jane Hovarth wrote in the letter, which was first reported on by Bloomberg.

“Facebook executives have made clear their intent is to collect as much data as possible across both first and third party products to develop and monetise detailed profiles of their users, and this disregard for user privacy continues to expand to include more of their products.”

Facebook hit back hard in a statement sent to Business Insider, accusing Apple of abusing its dominance to benefit itself.

It also accused Apple of sending the letter as a “distraction” from privacy concerns that emerged last week after a series of Mac computers had difficulties opening apps. Security researcher Jeffrey Paul claimed in a blog this was because macOS has started harvesting data from users.

“The truth is Apple has expanded its business into advertising and through its upcoming iOS 14 changes is trying to move the free internet into paid apps and services where they profit,” Facebook said.

“As a result, they are using their dominant market position to self-preference their own data collection while making it nearly impossible for their competitors to use the same data. They claim it’s about privacy, but it’s about profit,” the statement read.

“This is all part of a transformation of Apple’s business away from innovative hardware products to data-driven software and media.”

Apple’s letter to the nonprofits was defending its decision to delay the rollout of a major new privacy feature that will mean iPhone users will have to explicitly choose to opt in to ad trackers, rather than have them quietly start following users by default when they download an app.

The feature had been slated to be pushed out to iPhones with iOS 14 in September, but after several developers including Facebook complained it would gut their advertising revenues, Apple delayed the rollout until early 2021 to give developers time to adapt.

The nonprofits criticised the postponed rollout earlier this year, saying it was leaving users exposed to targeted political advertising during the US election.