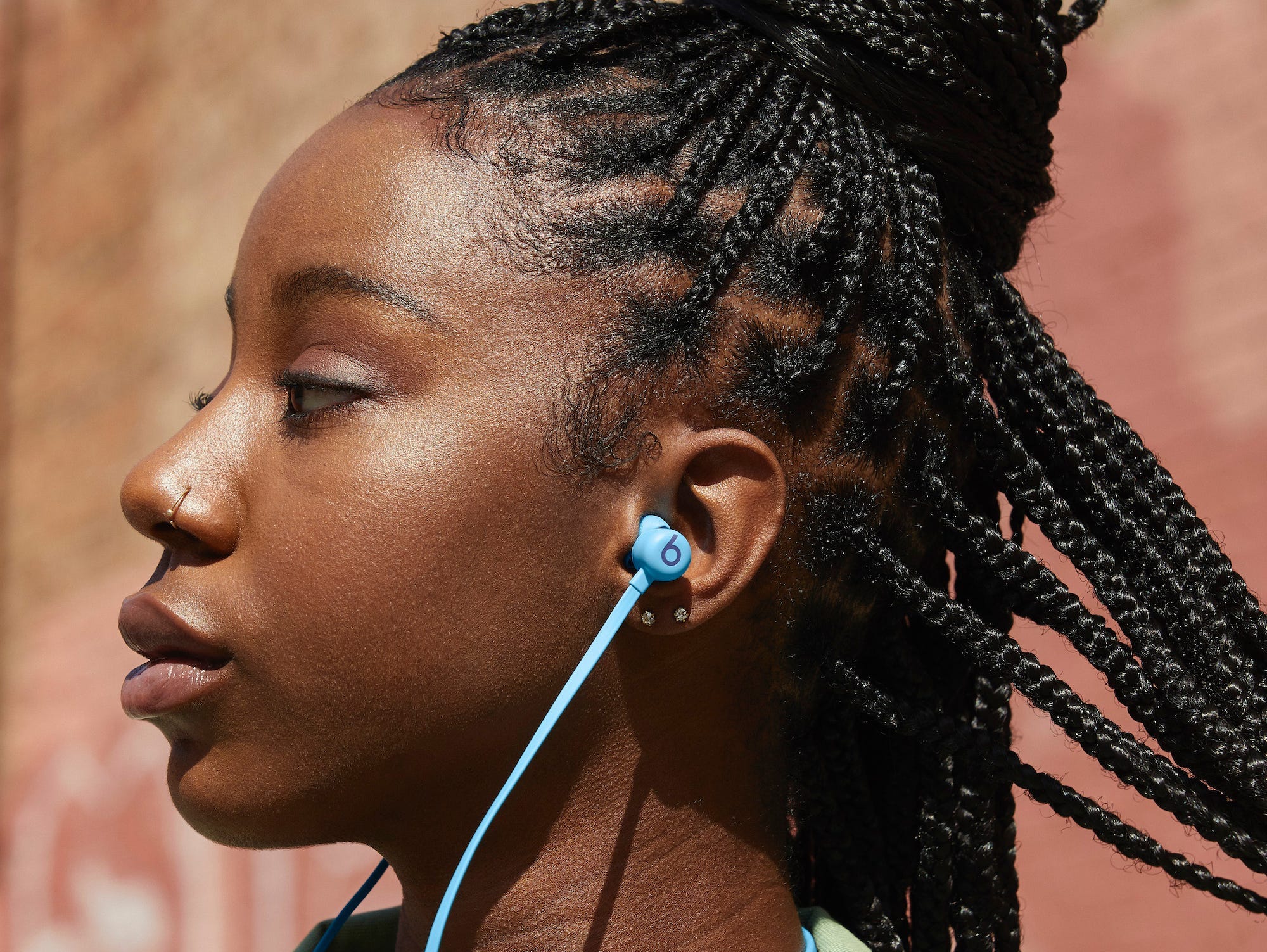 Don’t want to pay $US160 for a pair of AirPods? Apple is aiming to make its wireless earbuds more accessible through the launch of its Beats Flex earbuds, which cost $US50 and run on the same Apple W1 chip as the company’s original AirPods.

That means the Beats Flex offer the same basic functionality as AirPods, such as quick pairing and automatic pausing, but lack newer features like hands-free Siri and automatic switching between Apple devices. The Beats Flex go up for preorder on October 13 before launching through Apple on October 21.

They serve as the company’s follow up to the BeatsX earbuds that launched in 2017 at a much higher price of $US150. Those headphones also offer some AirPods-like features such as quick pairing, but were priced at $US100 more than the Beats Flex at launch and don’t support auto pause and play functionality.

The launch of Beats Flex is yet another sign that Apple is expanding its product lineup to cater to more budget-friendly customers. It’s taken this strategy with the iPhone in recent years by launching the $US400 iPhone SE earlier this year and by framing its least expensive iPhone as its flagship model in 2019.

Like AirPods, the Beats Flex can automatically play and pause music. The magnetic earbuds play music when placed in your ears and pause them when connected magnetically around your neck. The Beats Flex can also easily connect to your iPhone or iPad using one-touch pairing just like AirPods, meaning you’ll be able to simply hold them near your Apple device after powering them on to connect them for the first time. They also support audio sharing, a feature for sharing your audio with others that Apple launched for AirPods and Beats headphones with its iOS 13 update last year.

Apple’s cheapest AirPods cost $US160 and come with the company’s newer H1 chip, which allows for hands-free Siri requests and faster pairing with compatible devices â€” features that are missing from the Beats Flex. Instead, the Beats Flex include touch controls for tasks like activating Siri and adjusting the volume

Those willing to pay an extra $US40 can purchase the AirPods with a wireless charging case for $US200. Apple also sells the $US250 AirPods Pro, its top-of-the-line wireless earbuds that offer a customisable fit, active noise cancellation, and spatial audio.

Unlike AirPods, the Beats Flex and its predecessor are connected by a neckband. Although they can connect to your phone wirelessly, they’re not truly wireless in the same way that AirPods are because the two earbuds are tethered together with a cable.

Black and yellow colour options for the Beats Flex will be available at launch, with blue and grey coming early next year. The headphones should also offer 12 hours of battery life and can be charged via USB-C. They’re also compatible with Android devices.

The Beats Flex represent another addition to Apple’s wearables, home, and accessories business â€” which includes gadgets like Beats headphones, AirPods, and the Apple Watch. That product category has become increasingly important for Apple in recent years, evolving into a key growth area during quarters when the company’s iPhone sales had declined.