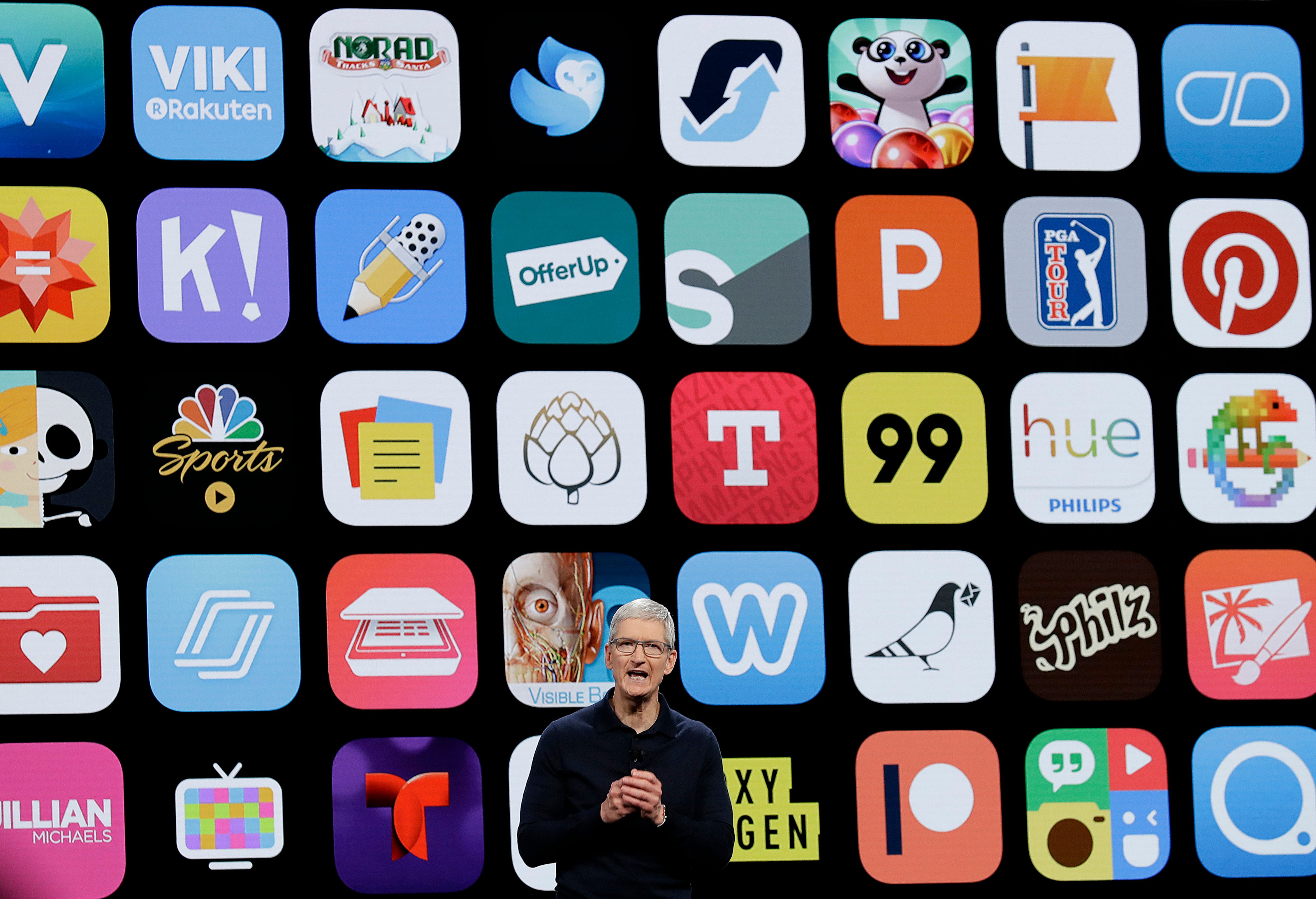 On September 15, Microsoft launched a major coup in the video game business: The world’s first game streaming service with a built-in library, Netflix-style.

For $US15 a month, you can stream over 100 games to smartphones and tablets as part of Xbox Game Pass â€” but it isn’t available on Apple’s ubiquitous iPhone and iPad.

The reason, according to the former Apple App Store director Phil Shoemaker, is because Apple’s own subscription service, Apple Arcade, is a direct competitor.

“Apple’s gaming service, Apple Arcade, is a type of app that was ‘consistently disallowed from the store,’ when offered by third-party developers, but Apple allowed its own app in the store ‘even though it violates existing [App Store] guidelines,'” according to a new House antitrust report that recounts Shoemaker’s statements to the subcommittee.

Apple Arcade is a subscription-based service that offers users access to an instant library of games across Apple devices: iPhone, iPad, and Mac. Apple has repeatedly declined to publish similar apps from Microsoft, with Xbox Game Pass, and Google, with Google Stadia.

An Apple spokesperson said in early August that apps for those services aren’t allowed because Apple isn’t able to review each game in their libraries.

“The App Store was created to be a safe and trusted place for customers to discover and download apps, and a great business opportunity for all developers,” an Apple spokesperson told Business Insider at the time. “Before they go on our store, all apps are reviewed against the same set of guidelines that are intended to protect customers and provide a fair and level playing field to developers.”

Given that Microsoft’s service operates like Netflix or Spotify, with subscribers getting access to a built-in library, submitting each game in that library to Apple’s review process is prohibitively time consuming. It would also require each of those games to enable in-app purchases through Apple’s payment systems, and each game to be ranked on the App Store charts, among other features. Each developer would need a paid Apple developer account.

In short, it would be a tremendously cumbersome process, akin to Netflix having to seek Apple’s approval for every movie and show on its service.

Rather than doing this to protect users, as Apple claimed, Shoemaker said the company implements “arbitrary” and “arguable” App Store approval guidelines, and uses its control of the App Store “as a weapon against competitors.”

The former App Store director told a House subcommittee that Apple, “has struggled with using the App Store as a weapon against competitors,” and in the case of services like Xbox Game Pass and Google Stadia, it was doing exactly that.

Shoemaker’s account was published as part of an antitrust report this week put together by the House antitrust subcommittee. The report focused on Apple, Amazon, Facebook, and Google. All four companies rebuked the report.

Apple reiterated that rebuke in a statement to Business Insider on Wednesday:

“We have always said that scrutiny is reasonable and appropriate but we vehemently disagree with the conclusions reached in this staff report with respect to Apple. Our company does not have a dominant market share in any category where we do business. From its beginnings 12 years ago with just 500 apps, we’ve built the App Store to be a safe and trusted place for users to discover and download apps and a supportive way for developers to create and sell apps globally. Hosting close to two million apps today, the App Store has delivered on that promise and met the highest standards for privacy, security and quality. The App Store has enabled new markets, new services and new products that were unimaginable a dozen years ago, and developers have been primary beneficiaries of this ecosystem. Last year in the United States alone, the App Store facilitated $US138 billion in commerce with over 85% of that amount accruing solely to third-party developers. Apple’s commission rates are firmly in the mainstream of those charged by other app stores and gaming marketplaces. Competition drives innovation, and innovation has always defined us at Apple. We work tirelessly to deliver the best products to our customers, with safety and privacy at their core, and we will continue to do so. “

Given that Apple allows services like Netflix and Spotify without reviewing every piece of content, why not allow a similar service for gaming? The difference boils down to the medium, according to Apple: Games are interactive, unlike music and film, and there are consumer expectations baked into the App Store related to gaming.

No in-app payment through Apple’s built-in services, for instance, and no App Store rating, among a variety of other things.

An Apple representative said the company plans to defend itself in more detail in the coming days.