Apple and Tesla's upcoming stock splits could push them 33% higher in the next 12 months, an analyst who looked at 60 years of data says 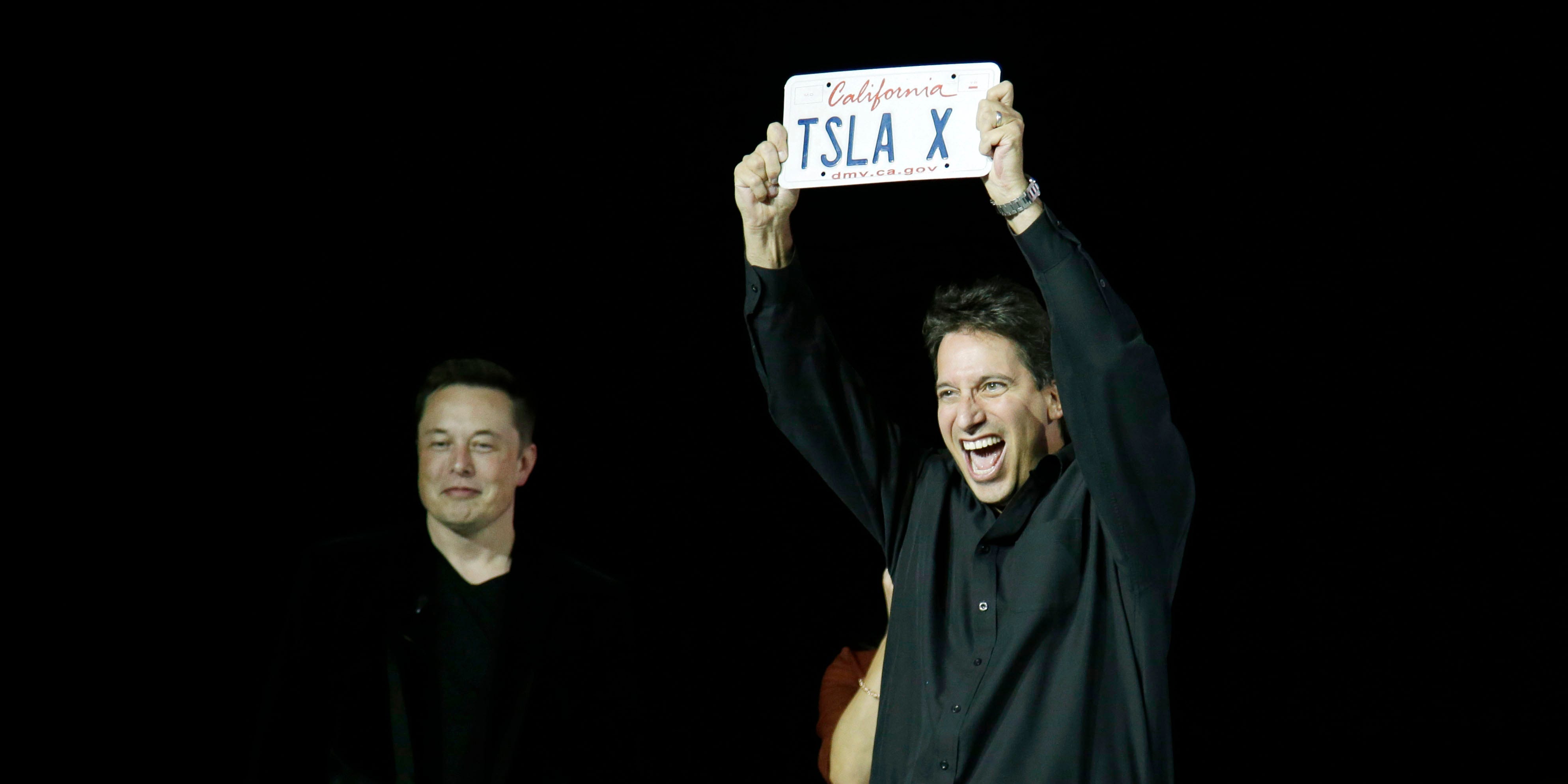 Apple and Tesla stock prices could explode by more than a third in the next 12 months after upcoming stock splits for both companies, according to one analyst.

Multi-asset investment platform eToro analysed 60 years of data, and found that on average companies that split their stocks see their share price surge by a third in the 12 months after the split.

eToro’s research shows that, on average, mega brands that have carried out stock splits have seen their shares explode by 33% within the year.

The steep price price forecast comes ahead of planned stock splits for both firms.

Adam Vettese, analyst at eToro, said: “Tesla and Apple are already two of the best-performing companies on the US stock market and all the evidence suggests their upcoming stock splits could act as a tailwind for the value of their shares.”

Vettese added:”Retail investors are increasingly engaging with the financial markets, and many see the benefit in investing in the companies who produce products they love and use daily. Tesla and Apple are two such companies.”

eToro analysed the price movements of 10 of the biggest global brands that have carried out a share split in recent years.

These are: Apple; Alphabet (Google), Microsoft, Amazon,Coca-Cola,Disney,Samsung,McDonald’s,Toyota and Intel.

Apple has split its shares four times in its history, with the value of those shares typically rising by an average of 10.4% in the year following the split, eToro said.

Read more: US investing champion David Ryan famously garnered a compounded return of 1,379% in just 3 years. Here is the 11-part criteria he uses to find the next big winner

eToro said Apple’s shares faced even more dramatic price movements in the 12 months after its June 2014 split. Apple’s share’s rose 36.4% in the year after its 2014 split, while the stock skyrocketed 58.2% after its February 2005 share split.

It also dived 61% after its June 2000 share split, although this was during the height of the dot-com crash, eToro said. 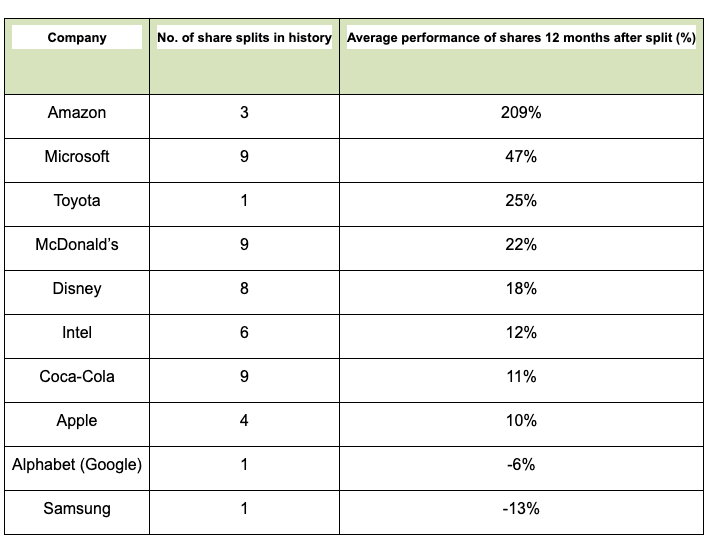 Apple and Tesla have been two of the hottest stocks of 2020. Tesla’s stock has seen a monster rally, exploding more than 850% in the last year alone.

It crossed the $US2,000 the first time ever last week and is now roughly worth $US2,056 on Wednesday.

Apple has risen more than 70% since the start of 2020. It became the first US-listed company to hit the $US2 trillion milestone last week.

Read more: BlackRock unpacks the 4 biggest changes it has made to portfolios since the crisis began 6 months ago – and shares how it’s positioning to thrive in a post-COVID world