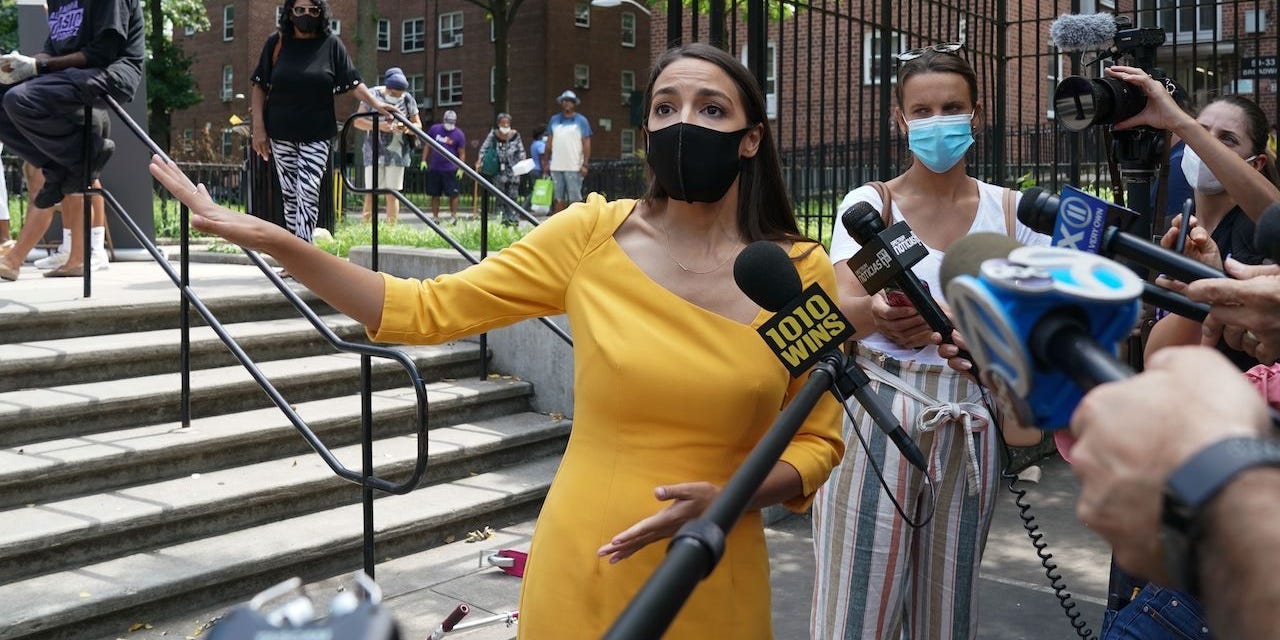 Ocasio-Cortez delivered brief remarks symbolically nominating Sen. Bernie Sanders, who she endorsed and campaigned for, for president on Tuesday – a purely procedural move.

But in a tweet promoting its story about the speech, NBC wrote that Ocasio-Cortez “did not endorse Joe Biden,” sparking confusion and backlash online about Ocasio-Cortez’s motivations.

Shortly after her 60 second-long speech aired, Ocasio-Cortez celebrated Biden’s nomination, tweeting“Congratulations, @JoeBiden – I deeply look forward to fighting for our future together and reclaiming our democracy in November.”

After a host of reporters and others criticised NBC’s tweet on Tuesday night, the network deleted the message and shared an editor’s note correcting it three hours after its publication.

“Ocasio-Cortez was asked by the DNC to second Sanders’ nomination. The nomination is a procedural requirement of the convention,” the network wrote. “Ocasio-Cortez has previously endorsed Biden, & her speech was similar in length to other nominating speeches.”

This tweet should have included more detail on the nominating process.

We have deleted the tweet to prevent its further spread, but it can be seen here for the record. pic.twitter.com/txXo4CCMOt

The 30-year-old freshman lawmaker called NBC’s tweet “completely unacceptable, disappointing, and appalling” and accused it of an effort to “generate hate-clicks.” She argued that it was “malicious & misleading” and “sparked an enormous amount of hatred and vitriol.”

The purpose of the convention is to bring Democrats and Biden-supporting Republicans together from across the ideological spectrum in a united push to defeat Trump. The week’s events have featured a wide range of voices, from Sanders and Ocasio-Cortez on the left to Republicans John Kasich, Colin Powell, and Cindy McCain on the right.

You waited several hours to correct your obvious and blatantly misleading tweet.

It sparked an enormous amount of hatred and vitriol, & now the misinfo you created is circulating on other networks.

All to generate hate-clicks from a pre-recorded, routine procedural motion. https://t.co/crDlEymgMD

Ocasio-Cortez pushed the network to do more to correct its mistake.

“So @NBCNews how are you going to fix the incredible amount of damage and misinformation that you are now responsible for?” she wrote. “Because a 1:15am tweet to slip under the radar after blowing up a totally false and divisive narrative across networks isn’t it.”