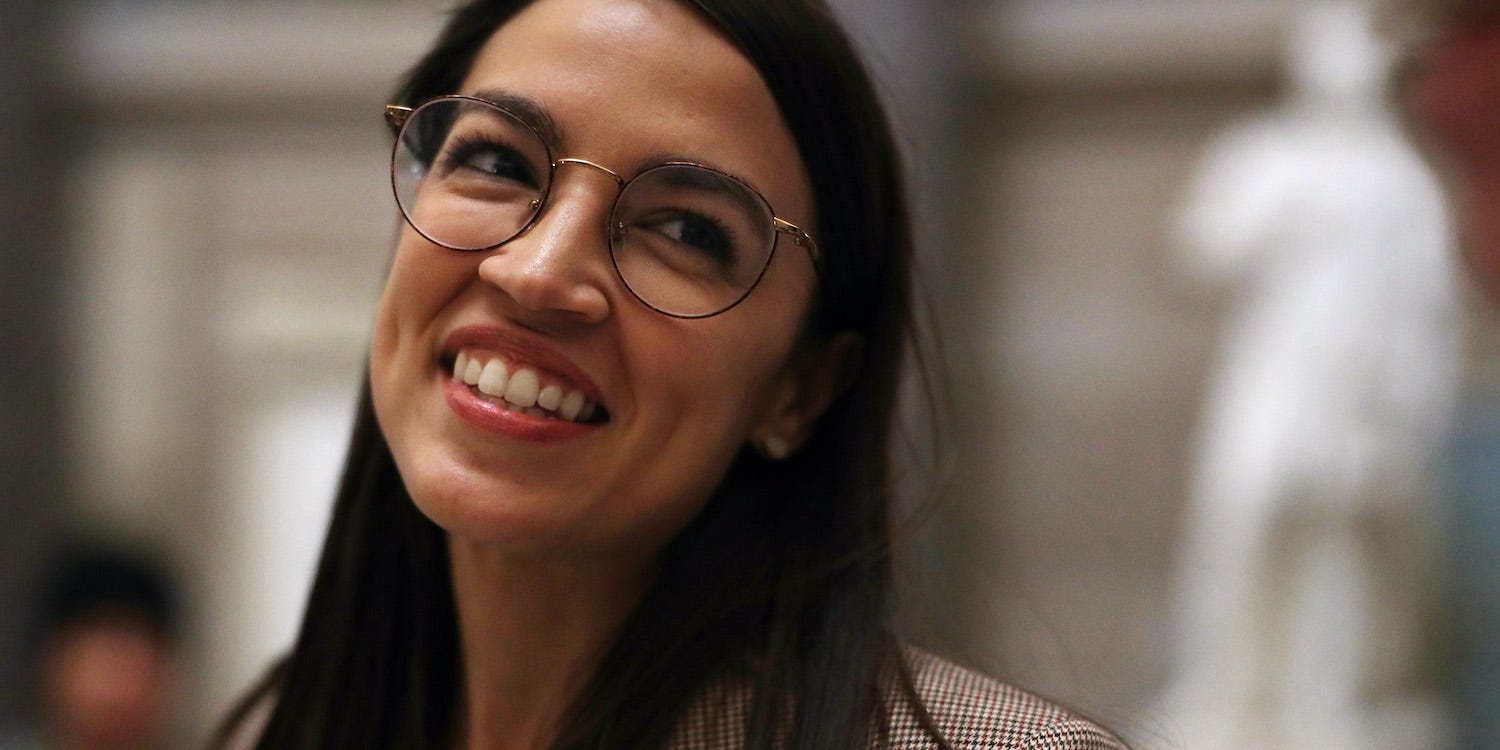 Rep. Alexandria Ocasio-Cortez doubled down on her support for broader student loan forgiveness on Wednesday by encouraging her Twitter followers to call their representatives in support of the progressive plan.

On Tuesday, the representative from New York criticized President Joe Biden’s opposition to a Democratic plan that would wipe out $US50,000 ($64,565) in student loan debt for borrowers, saying his argument against it “is looking shakier by the day.”

When asked about the push at a televised town hall Tuesday, Biden rejected the idea, and instead threw his support behind a less ambitious plan to cancel $US10,000 ($12,913) per person.

The president said he would rather spend the money on supporting early childhood education and ensuring that community colleges are tuition-free. He also said he didn’t like the idea of forgiving debts for students who attended expensive private schools.

Ocasio-Cortez was quick in her disapproval of Biden’s statements Tuesday, tweeting: “We can and should do it! Keep pushing!”

She followed up Wednesday by providing a step-by-step explanation to her millions of Twitter followers on how to call members of Congress and voice support for student loan forgiveness.

Ocasio-Cortez linked to a House of Representatives web page that allows constituents to find their representative’s contact information by entering their zip code.

She encouraged people to call and thank members of congress who are already supporting student loan forgiveness because it sends a message that constituents are watching and appreciative.

“When you don’t think your constituents care much, it’s easier to cave,” Ocasio-Cortez tweeted.

For representatives who may be on the fence about the issue, calls from constituents can make a difference in nudging them toward a final stance, she explained.

She acknowledged that calling a congressional office can be intimidating the first time, but reassured her followers that constituents have a right to make their voices heard, though she encouraged callers to be polite to whomever they speak with.

The lawmaker then offered some tips for callers: ask clear questions about the representative’s stance on student loan forgiveness; say what neighborhood you’re calling from if comfortable; and offer up a personal story about how the issue has impacted you.

Detailed stories can help highlight gaps in policy and provide talking points for members to communicate with their colleagues, Ocasio-Cortez said.

“Representatives are human beings! Stories are persuasive & we can use your stories to convince others,” she tweeted.