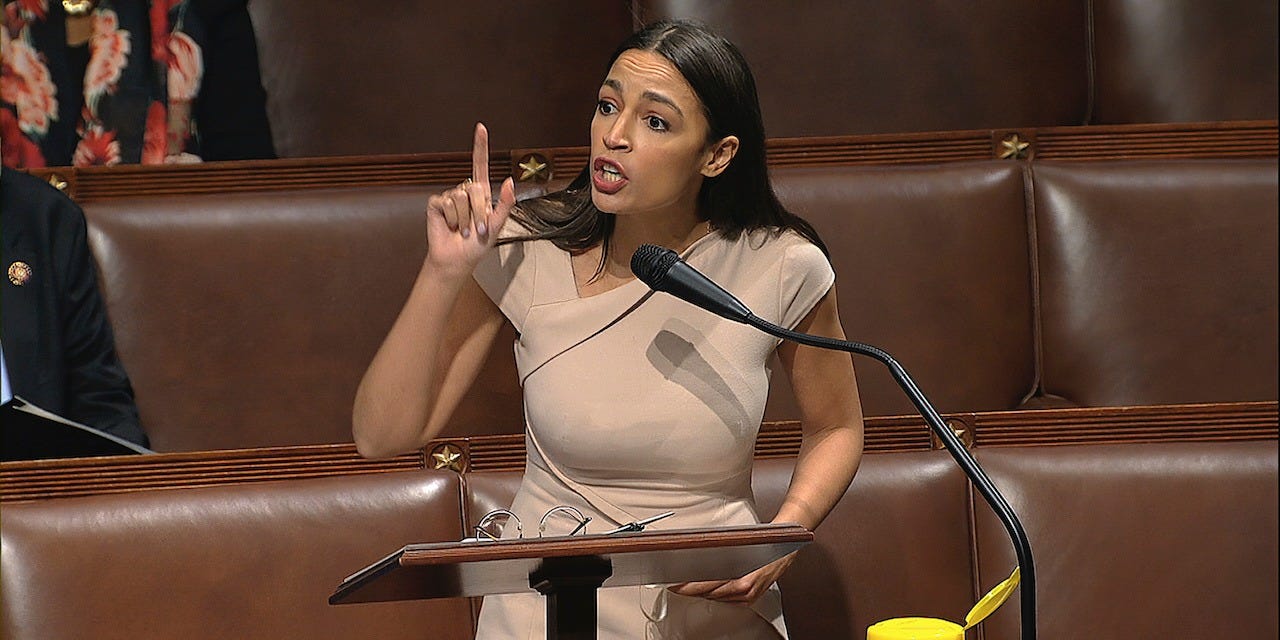 House Television/AP ImagesRep. Alexandria Ocasio-Cortez, D-N.Y., speaks on the floor of the House of Representatives at the U.S. Capitol in Washington, Thursday, April 23, 2020.

Engel, a moderate Democrat and chairman of the House Foreign Affairs Committee, has held his seat in New York’s 16th congressional district for three decades and hasn’t faced a competitive primary challenger in 20 years.

Bowman, a black former Bronx middle school principal, is running on a similar platform to Ocasio-Cortez’s – he supports key progressive legislative priorities, including a Green New Deal and Medicare for All.

“This moment requires renewed and revitalized leadership across the country AND at the ballot box,” the congresswoman wrote in a series of tweets. “Jamaal has dedicated the last decade of his life serving his community as a school principal and community servant.”

This moment requires renewed and revitalized leadership across the country AND at the ballot box.

On June 23rd, New York will be holding primary elections.

Tomorrow I will be rolling out a slate of New York endorsements.

Bowman’s race is in some ways strikingly similar to Ocasio-Cortez’s 2018 primary against then-Rep. Joe Crowley. Both progressive challengers took on veteran white congressmen with more moderate politics in districts that are majority black, brown, and disproportionately immigrant. Engel, like Crowley, is one of the most powerful Democrats in the House.

Engel’s opposition has consolidated this week ahead of the state’s June 23 elections as Bowman has won a few key endorsements, including from the Progressive Change Campaign Committee. And on Monday, another of Engel’s primary challengers, Adam Ghebreghiorgis, dropped out of the race and endorsed Bowman.

Like Ocasio-Cortez, Bowman is arguing that Engel doesn’t live in and isn’t intimately engaged with the district he represents. Engel has been scrutinised recently for remaining in his home outside of Washington for much of the pandemic, even while his Bronx district has been ravaged by the coronavirus.

“I ask voters about our current representative, Eliot Engel, and I hear one word across the district: absent,” Bowman said in recent a campaign ad. “He doesn’t live in our community – I live in our struggles. He’s taken us for granted. After 31 years of the same, it’s time for a change.”

Bowman thanked Ocasio-Cortez for the endorsement, tweeting that the 30-year-old democratic socialist had “inspired me immensely.”