AOC, Ed Markey relaunch a Green New Deal to create 'millions' of new jobs - without saying how much it will cost 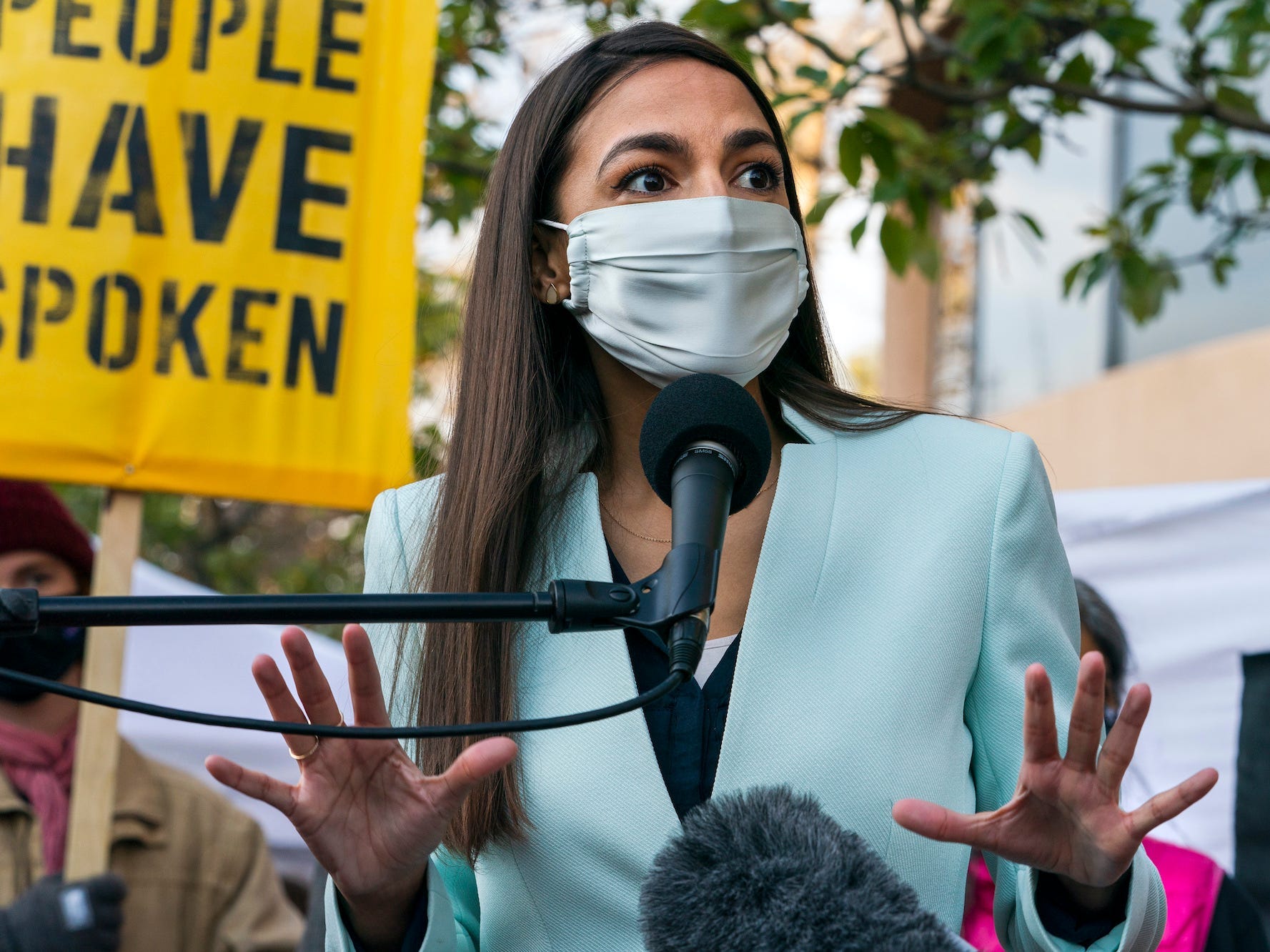 Two years after it was first introduced, Rep. Alexandria Ocasio-Cortez of New York and Sen. Ed Markey of Massachusetts reintroduced the Green New Deal on Tuesday.

The resolution, which Markey and Ocasio-Cortez first introduced in February 2019, laid out goals for a 10-year national mobilization to upgrade US infrastructure, convert to zero-emission energy sources, and remove greenhouse gases and reduce pollution, among other things. In the Tuesday press conference, the two lawmakers stressed the urgency of acting on the climate crisis to not only save the planet, but to boost the economy.

“For so long, our movement towards a sustainable future has been divided with really just this false notion that we have to choose between our planet and our economy,” Ocasio-Cortez said.

“We decided to come together in sweeping legislation that not only rejects that notion, but creates a plan for 20 million union jobs in the United States of America, to rebuild our infrastructure, to restore public housing, to make sure that we expand our access not only to EV [electric vehicle] and EV infrastructure but mass transit,” she added. “It is going to be an all hands on deck approach and we refuse to leave any community behind in the process.”

The reintroduction of this resolution comes amidst Ocasio-Cortez’s introduction of various climate-related bills this week, including The Green New Deal for Public Housing, which would improve living conditions for nearly 2 million people and build affordable and sustainable housing.

Since 2019, Republican lawmakers have opposed the Green New Deal. Ranking member of the Senate Committee on Energy and Natural Resources John Barrasso said in a statement on Monday that “the green new disaster is back.”

“The Green New Deal isn’t about protecting the environment. It’s about massively increasing the size of government and dictating how Americans live their lives,” Barrasso said. “America needs solutions, not socialism,” he added.

Ocasio-Cortez and Markey did not put a price tag on the resolution, but in his statement, Barrasso cited a cost analysis from the American Action Forum – a conservative advocacy group – that said the Green New Deal would cost between $51 trillion and $93 trillion over the next decade.

This is a much larger estimate than Ocasio-Cortez’s in 2019, when she said that the resolution would cost at least $10 trillion.

“I think we really need to get to $10 trillion to have a shot,” Ocasio-Cortez told The Hill, adding, “I know it’s a ton. I don’t think anyone wants to spend that amount of money, it’s not a fun number to say, I’m not excited to say we need to spend $10 trillion on climate, but … it’s just the fact of the scenario.”

While President Joe Biden’s $4 trillion infrastructure plan has several components focused on climate change initiatives, Markey said at the press conference that more should be done to address the crisis.

“We are going to be calling for the highest aspirations that our country can reach,” Markey said. “We want to lift the gaze to the constellation of possibilities for our country and for the world.”