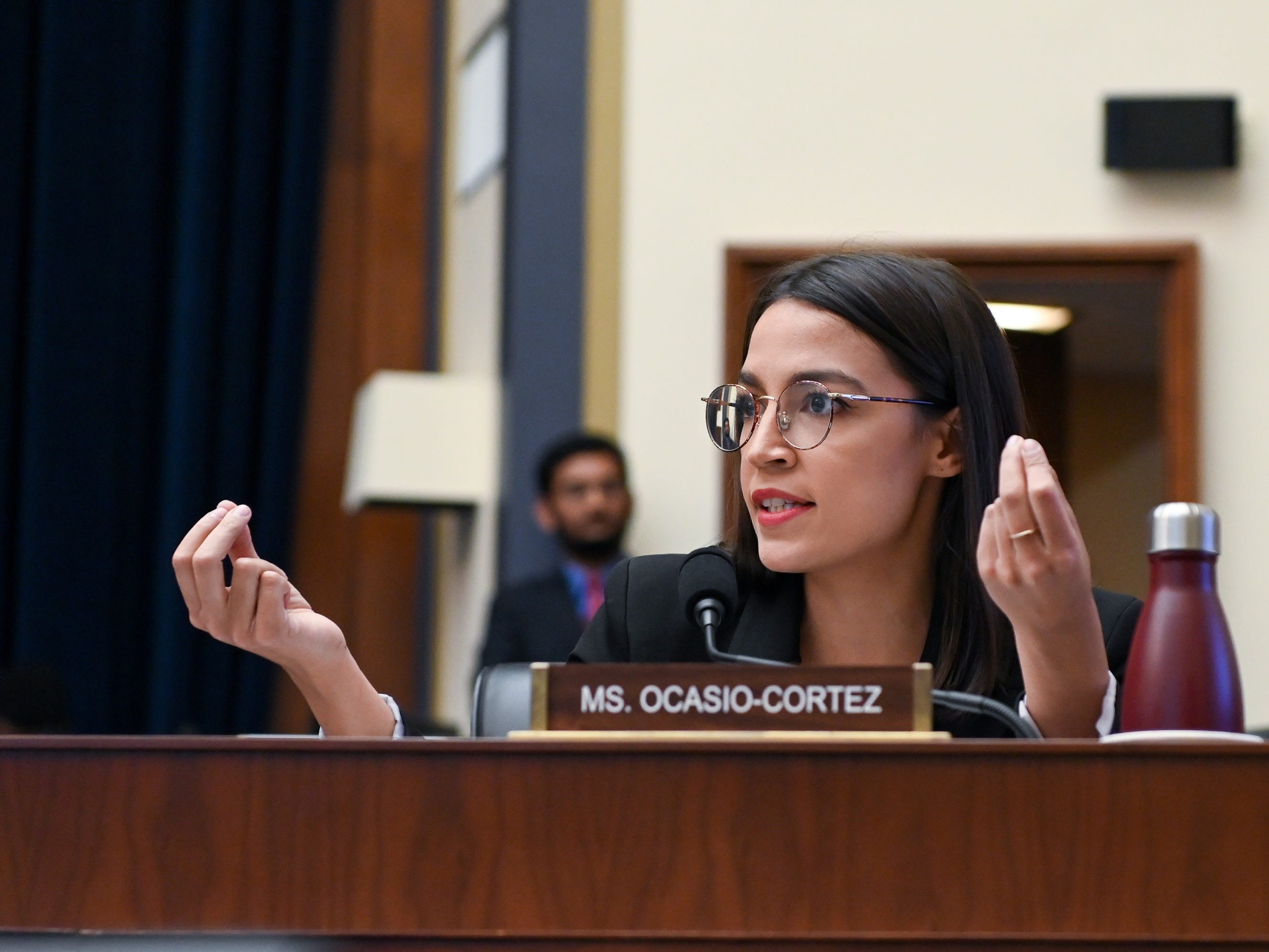 Rep. Alexandria Ocasio-Cortez called on the Washington Redskins to change the name of their team.

Ocasio-Cortez’s comment came after the team took part in #BlackoutTuesday – a movement intended to signal solidarity with the Black Lives Matter movement – on Twitter.

The tweet had already received plenty of criticism. But Ocasio-Cortez took it one step further, directly calling for the team to make a change, writing “Want to really stand for racial justice? Change your name.”

Washington has faced plenty of criticism over the years for its name, which was historically used as a slur towards Native Americans.

In 2017, a group of Native activists pulled off an elaborate hoax that tricked many sports fans into believing that the Washington Redskins had changed their controversial name, becoming the RedHawks.

“We created this action to show the NFL and the Washington Football franchise how easy, popular and powerful changing the name could be,” said Rebecca Nagle (Cherokee Nation), one of the organisers of the stunt at the time. “What we’re asking for changes only four letters. Just four letters! Certainly, the harm that the mascot does to Native Americans outweighs the very, very minor changes the franchise would need to make.”

Other efforts and campaigns have been made over the years with the hopes of getting Washington to change its name, but team owner Daniel Snyder has refused time and time again. “We’ll never change the name,” Snyder told USA Today in 2013. “It’s that simple. NEVER – you can use caps.”

Snyder and his team weren’t the only ones to receive backlash after taking part in a social media show of solidarity.

After the San Francisco 49ers shared a similar post, fans quickly pointed to the treatment of the team’s former quarterback Colin Kaepernick during his protests against police brutality and inequality in the justice system, arguing the post was hypocritical.

LeBron James and Lakers teammates post message of unity to Instagram in wake of George Floyd’s death: ‘If YOU ain’t wit US, WE ain’t wit Y’ALL!’