Alexandria Ocasio-Cortez calls GOP Rep. Nancy Mace 'cynical' and 'disgusting' for accusing her of lying about the Capitol insurrection 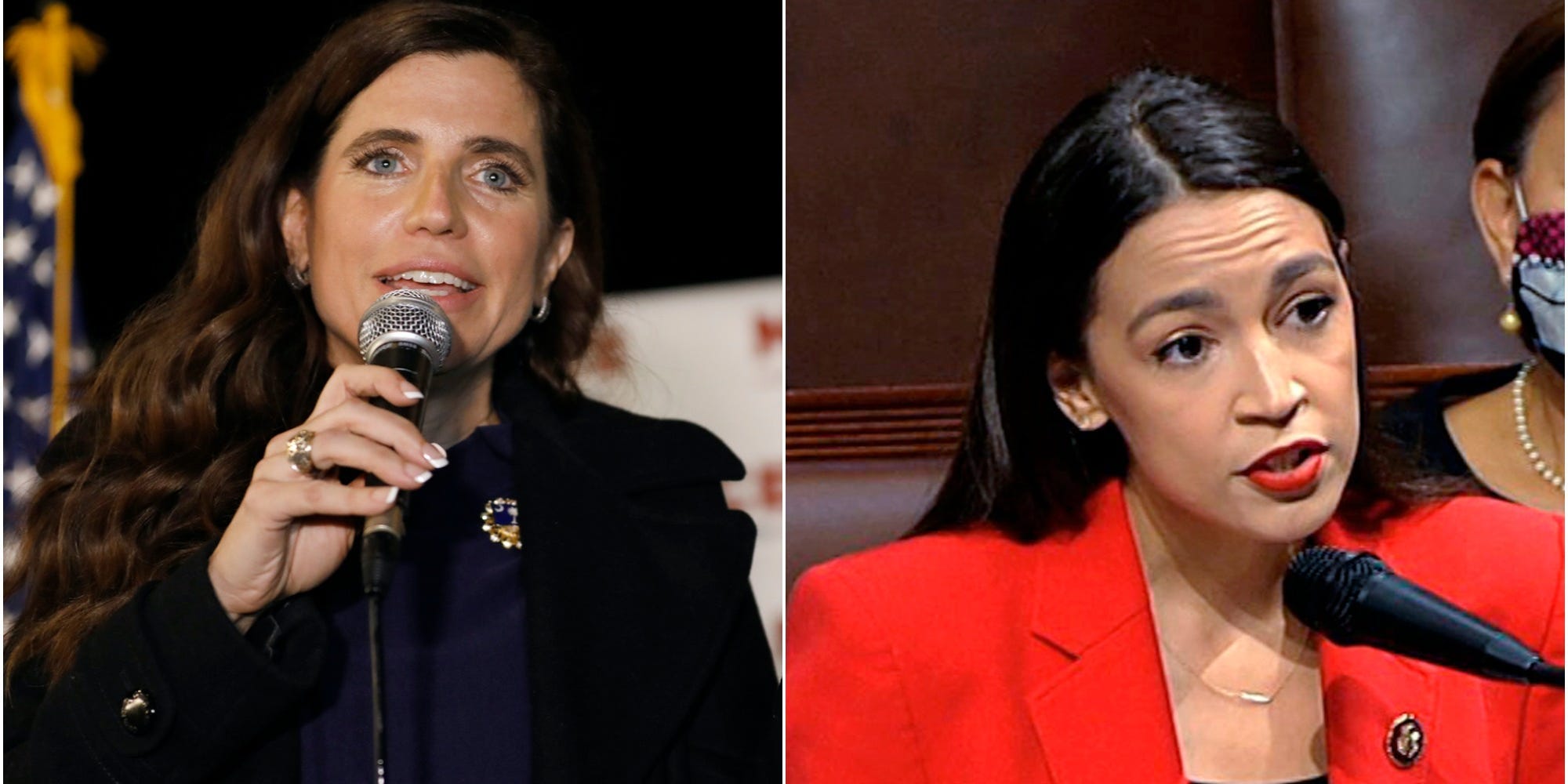 GOP Rep. Nancy Mace got into a heated back-and-forth with Democratic Rep. Alexandria Ocasio-Cortez on Twitter on Thursday after Mace accused Ocasio-Cortez of exaggerating the level of danger she felt during the January 6 Capitol insurrection.

Mace and others on the right have accused Ocasio-Cortez, without evidence, of falsifying and exaggerating her experience. Mace, whose office is two doors down from Ocasio-Cortez’s, told Fox News that “no insurrectionists stormed our hallway” to undercut Ocasio-Cortez’s story.

Notably, as CNN’s Daniel Dale pointed out, Ocasio-Cortez never said she definitively saw insurrectionists in the hallway or in her office, but did recount having her office door banged on and having a frightening experience with a Capitol Police officer in a Instagram Live on Monday night.

This was what you were saying just a few weeks ago.

Now you’re contradicting your own account to attack me for Fox News clicks.

It’s honestly pretty sad to see you turn around like this and throw other people under the bus.

Ocasio-Cortez pointed out that shortly after the insurrection itself, Mace was one of the most vocal GOP voices condemning the violence and recounting her own intense fear of the insurrectionists.

Mace said that after being sworn in on January 3 she sent her two children back to South Carolina because she was afraid of potential violence. She’s also said that, like Ocasio-Cortez, she barricaded herself in her office as the Capitol was breached.

Critics of Ocasio-Cortez, including Mace and some Fox News hosts and guests, have pushed the hashtags #AOCLied and #AOCSmollett, comparing her to the disgraced actor Jussie Smollett who was accused of staging a racist attack on himself in Chicago in January 2019.

Mace responded: “FACT CHECK: have not once discounted your fear. We were ALL terrified that day. I’m stating the fact that insurrectionists were never in our hallway… because they weren’t. I deal in facts. Unlike you, apparently.”

In herInstagram live stream on Monday, Ocasio-Cortez recalled her experience of hiding in the bathroom of her office during the insurrection as she heard “loud bangs” on her office door and a voice shouting, “Where is she?”

The person eventually identified himself to be a Capitol Police officer but he failed to do so while he was banging on and shouting outside her door, Ocasio-Cortez said.

“It didn’t feel right because he was looking at me with a tremendous amount of anger and hostility,” Ocasio-Cortez said.

In a separate Twitter thread, Ocasio-Cortez said it was “wild” to see Mace “discrediting herself less than 1 [month] in office w/ such dishonest attacks” and accused Mace of downplaying the trauma of all survivors of violent attacks.

“All I can think of w/ folks like her dishonestly claiming that survivors are exaggerating are the stories of veterans and survivors in my community who deny themselves care they need & deserve bc they internalize voices like hers saying what they went through ‘wasn’t bad enough’,” Ocasio-Cortez tweeted.

In her Instagram livestream, Ocasio-Cortez publicly revealed that she is a survivor of sexual assault for the first, which she said compounded the trauma of the Capitol insurrection. Mace recently told the Washington Examiner that she survived a sexual assault as a teenager, leading her to drop out of high school.

Ocasio-Cortez also tweeted: “This is where the true damage of what @NancyMace is doing comes in. How many survivors are watching her? Who now, seeing her, won’t get care or will feel further shame or silence? Who won’t speak up bc they know there are voices in leadership ready to minimise their experiences?”

Mace replied,“But now, in typical @AOC fashion, you’re making this political, even going as far as saying I don’t ‘hear’ victims of assault â€” ME, of all people. You don’t know my story. SMH. Just stop it.”