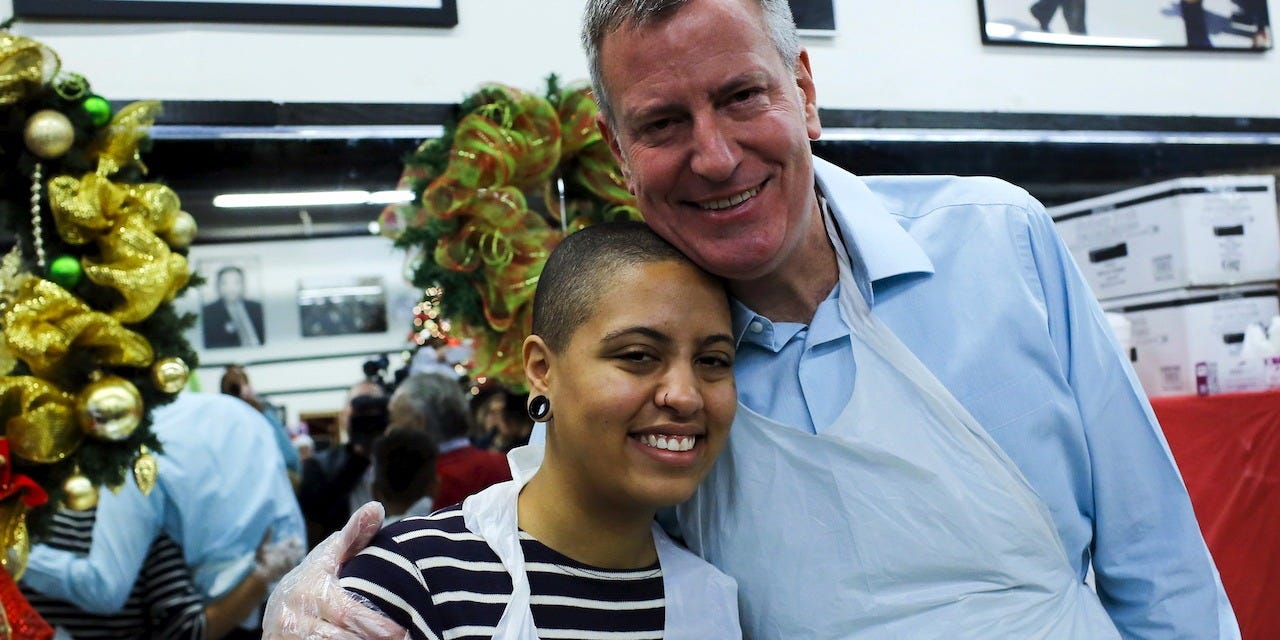 Ocasio-Cortez was responding to the Sergeants Benevolent Association, which tweeted confidential information about Chiara de Blasio’s arrest and attacked the mayor over his daughter’s actions.

“How can the NYPD protect the city of NY from rioting anarchist when the Mayors object throwing daughter is one of them,” the union wrote. “Now we know why he is forbidding Mounted Units to be mobilized and keeping the NYPD from doing their jobs.”

A screenshot of the police record included in the tweet disclosed personal information, including Chiara de Blasio’s height, weight, address, date of birth, and driver’s licence details. There is no evidence that she threw any objects during the protest, and the New York Post reported that she was arrested because she refused to move while blocking traffic.

“Last night the NYPD Sergeants’ union *publicly threatened the mayor’s daughter* while they held her. Indefensible,” Ocasio-Cortez tweeted on Monday. “If police budgets bought peace, the $US6 *billion* NYPD budget would have bought the most sophisticated de-escalatory operation in the world. Clearly, it didn’t.”

Ocasio-Cortez urged the NYPD to de-escalate with protesters rather than respond with violent force, and she told the union to “apologise and own this egregious behaviour.”

In an interview with The New York Times, Edward Mullins, the president of the union, argued that the mayor was “tying our hands” in responding to the demonstrations.

“The message was that cops are being pelted with rocks, cars are being set on fire and our police department is being held back,” Mullins said.

The mayor criticised the union – calling the disclosure of confidential information “unconscionable” but not an anomaly – and defended his daughter during a press briefing on Monday morning.

“She was acting peacefully,” the mayor said. “I admire that she was out there trying to change something she thought was unjust.”

Chiara de Blasio, who is biracial, was arrested at 10:30 p.m. on Saturday during demonstrations in response to George Floyd’s death. NYPD sources told Business Insider that she was charged with unlawful assembly and was released on a desk appearance ticket, or DAT, which requires her to appear in court at a later date.

Last night the NYPD Sergeants’ union *publicly threatened the mayor’s daughter* while they held her.

If police budgets bought peace, the $6 *billion* NYPD budget would’ve bought the most sophisticated de-escalatory operation in the world.

According to NBC New York, the NYPD confirmed that at least 345 people were arrested in protests on Saturday and that 33 police officers were injured.

The mayor has faced widespread criticism from his own party for his handling of the protests. Critics say the mayor has empowered the NYPD to respond to protesters with excessive force. At a Sunday press conference, he said the NYPD was acting with “tremendous restraint” even as footage of police cruisers ramming into protesters was shared widely online.

Speaking to NY1 on Saturday night, the mayor said a “small number” of people were “clearly trying to incite violence against the police and create property damage and vandalism.”