In cities across the US and Europe, anti-racism protesters have been tearing down and defacing monuments dedicated to Confederate soldiers and colonialists.

The movement follows the death of George Floyd, a black man who was killed after a white Minneapolis police officer knelt on his neck for nearly nine minutes. For more than two weeks, protesters around the world have taken to the streets to demand justice for Floyd, and protest against police brutality and racism.

Protesters have been reclaiming the monuments with messages to support the Black Lives Matter movement and to signify contempt for the police.

These photos show how demonstrators have taken over statues and street names across the US, UK, and Belgium.

In protests around the US, anti-racist demonstrators have ripped off the heads of Christopher Columbus statues and other colonial American monuments. This photo shows a beheaded statue of Columbus in Boston.

In Richmond, Virginia, demonstrators tore down a Columbus statue and set it on fire.

After the statue was completely pulled down, the base of the monument could be seen with the initials for Black Lives Matter written on it.

And at the Stonewall Jackson monument in the city, demonstrators are seen holding up signs as words such as “racist” adorn the statue.

In this photo, two young ballerinas pose in front of a Robert E. Lee statue after protesters completely reclaimed the monument with written messages.

The statue of Confederate president Jefferson Davis was also marked with paint and graffiti before being completely torn down by protesters in Richmond.

In Atlanta, Georgia, protesters stood atop a marked statue of a southern journalist, Henry Grady, who supported racists initiatives and did not condone voting rights for Black Americans.

Additionally, protesters marked Confederate graves at a cemetery in Atlanta with black Xs.

And protesters spray-painted a monument dedicated to an unknown Confederate soldier in the same cemetery.

Statues across Europe have also been defaced and reclaimed with messages for the Black Lives Matter movement. In Glasgow, Scotland, a memorial to commemorate the Boer War — in which the British invaded South Africa — was defaced with “BLM” and anti-cop sentiments.

In the same park, the statue of Thomas Carlyle, a controversial Victorian author, was also defaced.

Additionally, protesters throughout Glasgow have been putting up plaques to rename streets that honour colonial figures with the names of historical Black activists and thinkers.

In Leeds, Britain, the statue of Queen Victoria was marked with graffiti.

In London, protesters wrote “was a racist” underneath a monument of former Prime Minister Winston Churchill.

Outside of the Museum of London Docklands, the statue of a prominent slave-trader, Robert Milligan, was covered with a placard that read “Black Lives Matter,” before being removed from its location entirely.

In Edinburgh, Scotland, protesters wrote “Son of slaver” and “Colonialist profiteer” on the statue of Robert Dundas, the son of Henry Dundas who was known for delaying the abolition of slavery.

In Bristol, Britain, protesters used a rope to grab hold of the statue of slave trader Edward Colston in order to tear it down.

Afterwards, the protesters carried the statue to a nearby river and threw it into the water.

Across Belgium, statues of Belgian King Leopold II — one of the most notoriously brutal colonizers of Africa — have been torn down and defaced. Here, a statue of the king is seen covered in red paint in the garden of the African Museum.

Here, a King Leopold II statue is being removed from its location in Ekeren, Belgium after protesters dumped paint over it and damaged it.

And in this photo, demonstrators hold up the flag of the Democratic Republic of the Congo at the base of a King Leopold II statue in Brussels. 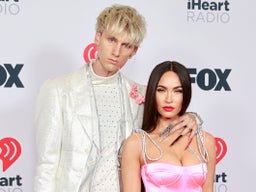 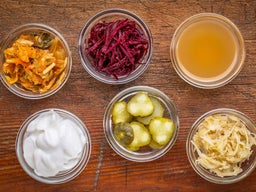 Can you overdose on probiotics? Taking too many can cause side... 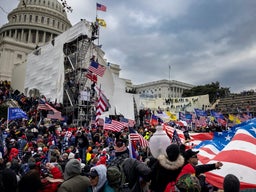 Prosecutors allege members of the Oath Keepers returned to the Capitol...