Dr. Anthony Fauci on Sunday said that bars should be closed as a way to help localities reduce the spread of COVID-19 infections, allowing children to safely return to their classrooms.

In an interview on ABC’s “This Week,” Fauci, the director of the National Institute of Allergy and Infectious Diseases, gave a blunt assessment of how jurisdictions should approach the coronavirus pandemic during this critical stage.

“Close the bars and keep the schools open,” Fauci said to host Martha Raddatz. “Obviously, you don’t have one size fits all. But as I said in the past, the default position should be to try as best as possible within reason to keep the children in school, or to get them back to school.”

Fauci said that schools largely haven’t been the drivers of community spread of the virus, noting that maskless groups congregating indoors are a major culprit.

“Close the bars and keep the schools open,” Dr. Anthony Fauci says, adding that while there is no solution that is “one size fits all,” the “best way to ensure the safety of the children in school is to get the community level of the spread low.” https://t.co/txCs2tyc80 pic.twitter.com/6IAyd3q4U7

“If you mitigate the things that you know are causing spread in a very, very profound way, in a robust way, if you bring that down, you will then indirectly and ultimately protect the children in the school because the community level is determined how things go across the board,” he said. “If you look at the data, the spread among children and from children is not really very big at all, not like one would have suspected.”

He added: “Let’s try to get the kids back, but let’s try to mitigate the things that maintain and just push the kind of community spread that we’re trying to avoid.”

In a huge development, New York City Mayor Bill de Blasio on Sunday announced that New York City Public Schools would reopen classrooms on December 7 to pre-K programs and students from kindergarten through fifth grade. Return dates for middle and high school students have not been announced yet.

The mayor faced a torrent of criticism when schools were closed on November 18 following a citywide positivity rate that hit 3 per cent, a figure that many parents and public health experts believed was too low, according to The New York Times. The latest move reflected a shifting approach in how de Blasio is handling possible returns in-person instruction.

In a recent interview with USA Today, Fauci said that Americans needed to prepare themselves for a tough holiday season, as COVID-19 infection rates have sharply increased across much of the country. According to Fauci, infection rates are expected to remain at elevated levels through December, January, and February. 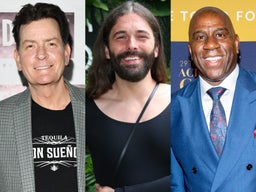