Angelina Jolie said that when she was younger, she 'never thought I could be anyone's mum' Grant Pollard/Invision/APAngelina Jolie wrote for Time that when she was younger, she never though that she would be a mum.

Angelina Jolie, a doting mother of six, recently shared that she wasn’t always certain that she’d become a mother.

In a special edition of Time’s Parents weekly newsletter, which Jolie guest edited, the actress and humanitarian wrote a letter to readers reflecting on parenting during a pandemic and motherhood, in general. The UN special envoy wrote that she didn’t think she was suited for motherhood when she was younger.

“I was not a very stable youth,” the “Maleficent” actress wrote. “In fact, I never thought I could be anyone’s mum.” Monica Schipper/Getty Images for NetflixJolie has six children, who range in age from 11 to 18.

Over the years, Jolie has opened up the struggles she faced when she was younger. Jolie engaged in self-harm when she was a teenager and had a contentious relationship with her father, Jon Voight.

After Jolie adopted her oldest son, Maddox, from Cambodia in 2002, she said she realised just how natural it was for her to parent.

“It wasn’t hard to dedicate myself to someone and something greater than my life,” she wrote in her piece for Time.

Jolie now has six children, who she shares with her ex-husband, Brad Pitt. Pitt applied to adopt Maddox in 2005. Jolie and Pitt went on to adopt Zahara from Ethiopia and Pax from Vietnam.

The actors have three biological children together – Shiloh and twins, Knox and Vivienne

Jolie said she encourages her children to make their own choices 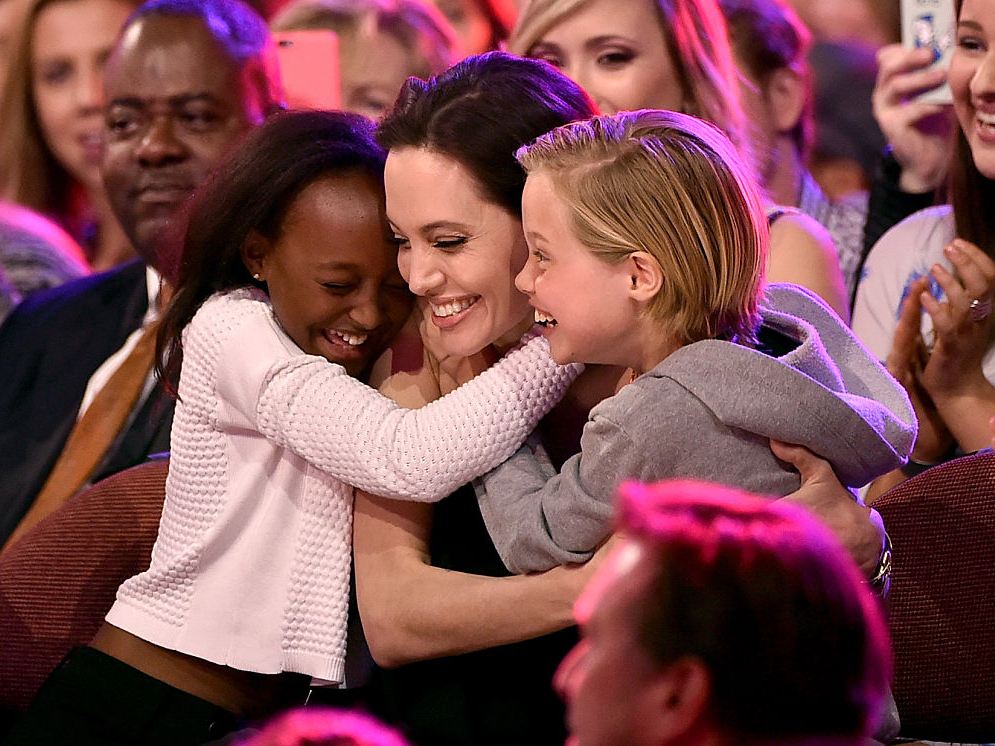 Kevin Winter/Getty Images EntertainmentJolie said that her self-doubt about becoming a mother disappeared when she had children.

Jolie has shared that she takes somewhat of a “hands off” approach to parenting and encourages her children to discover their own identities, she told the BBC’s “Today” program in 2018.

“[My kids] all have a good rebellious streak that is wonderful and curious,” Jolie said. “I don’t want them to be perfectly behaved little people that just say what’s absolutely appropriate because I say so. They have to find themselves.”