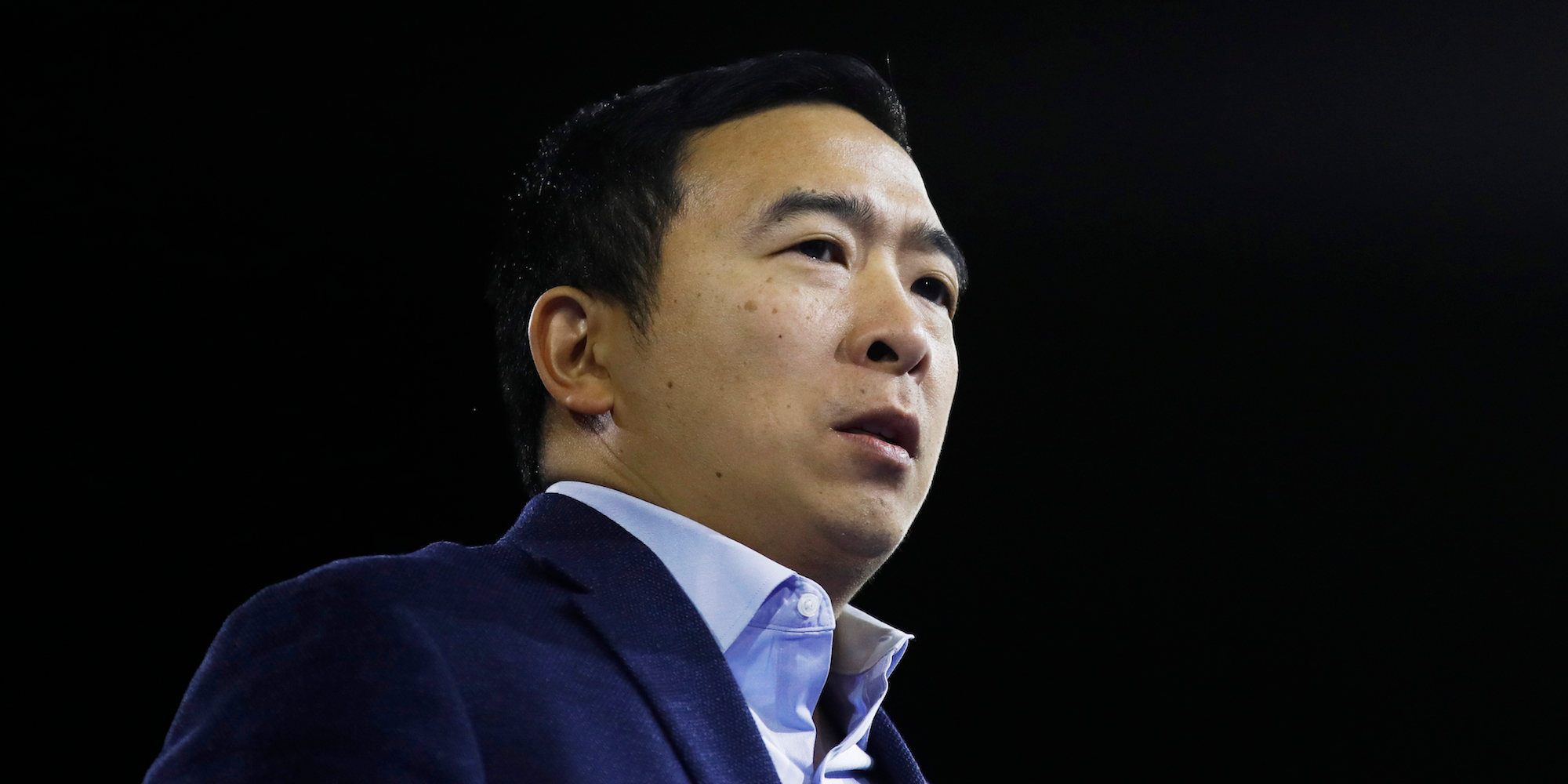 Former Democratic presidential candidate Andrew Yang has been in contact with the White House about designing a plan to give Americans direct cash assistance as the novel coronavirus clobbers the US economy.

Yang rose up from being a little-known presidential candidate to a national sensation, partly because of his unique policy platform, which included a universal-basic-income program he called the Freedom Dividend. The initiative would give every American adult $US1,000 a month, no strings attached.

Now that Yang has helped put UBI on the map, he’s reaching across the aisle to assist the Trump administration.

In a statement released through his new nonprofit organisation, Humanity Forward, Yang said he had “been in touch” with the White House and that his team was “eager to offer our support to make sure this process runs as smoothly as possible.”

A White House official confirms Yang has been in touch with administration https://t.co/KamSVXPB5c

Lawmakers from both sides of the aisle, including Republican Sens. Mitt Romney and Tom Cotton and Democratic Reps. Ilhan Omar and Joe Kennedy III, are introducing legislation to establish an emergency cash stimulus that goes directly to Americans.

And in a Tuesday White House briefing, Treasury Secretary Steve Mnuchin said the administration was “looking at sending checks to Americans immediately,” beginning as early as two weeks from now.

I am introducing a bill this week to give:

We need to support the American people NOW—and this is just a start.

My relief plan uses tax-rebate checks and expanded eligibility for federal assistance programs to put cash in the hands of low- and middle-income Americans.

A key distinction, however, between those plans and Yang’s signature Freedom Dividend proposal is that while most lawmakers are proposing a one-time or temporary emergency cash infusion to help workers weather the coronavirus crisis, Yang would have made UBI a permanent fixture of the US policy landscape.

The virus’ rapid spread has already resulted in thousands of Americans either losing their jobs, getting laid off, or having their hours cut. There are at least 5,700 cases of the virus reported in the US so far, with 96 deaths.

While the travel and hospitality industries were initially hit hardest, workers across the US, such as waiters, bartenders, and freelance workers in all industries, are out of work after multiple states ordered most public places to close down, including restaurants, bars, movie theatres, concert halls, and gyms.

Both the White House and leaders in Congress have suggested a variety of economic stimulus plans to help industries and workers, including a payroll-tax cut, bailouts for some of the most seriously affected industries, and direct cash for workers.

Mitt Romney just unveiled a plan to send every American adult a $US1,000 check during the coronavirus outbreak