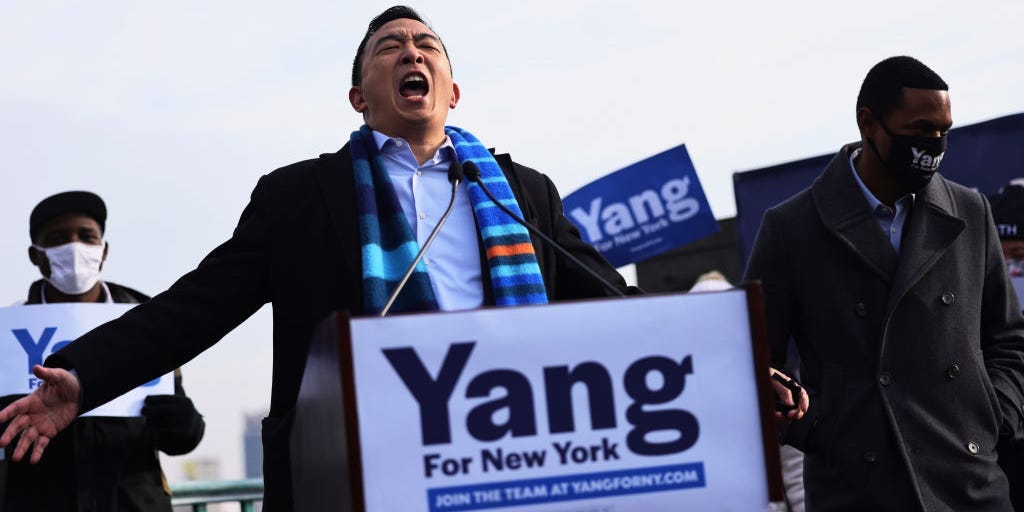 Andrew Yang said on Twitter that he would make New York City a hub for Bitcoin if he’s elected mayor.

“As mayor of NYC – the world’s financial capital – I would invest in making the city a hub for BTC and other cryptocurrencies,”Yang wrote on Thursday night.

The former presidential candidate formally announced his candidacy for the post in a campaign video last month. The next mayoral election for New York is scheduled for November 2021 and the elected candidate will replace Bill de Blasio.

His tweet on Thursday caught the ire of some Twitter users, with one blasting Bitcoin as a “pyramid scheme” and another saying a “stable society requires stable currency.”

Yang is a prominent advocate for Bitcoin, praising the digital token for its great potential. He has called for a set of uniform rules around its use. During his presidential campaign in 2018, he announced he would accept donations in cryptocurrencies.

Yang promotes the technology that cryptocurrencies run on and told Bloomberg in an interview that no amount of regulation will hamper its use.

“People investing in these currencies are finding a way to do so and make use of their investments,” he said. “I don’t think that you could impede it with regulation if you tried.”

As mayoral candidate for New York, Yang is one of the most prominent Democratic names within a sprawling list of contenders.

New York’s mayoral primaries are scheduled for June 22 and will mark the city’s first election event with rank-choice voting. The victor of the Democratic race is usually considered winning the general election in November in the largely blue state. That means the next mayor of New York City will likely be determined in less than five months’ time.