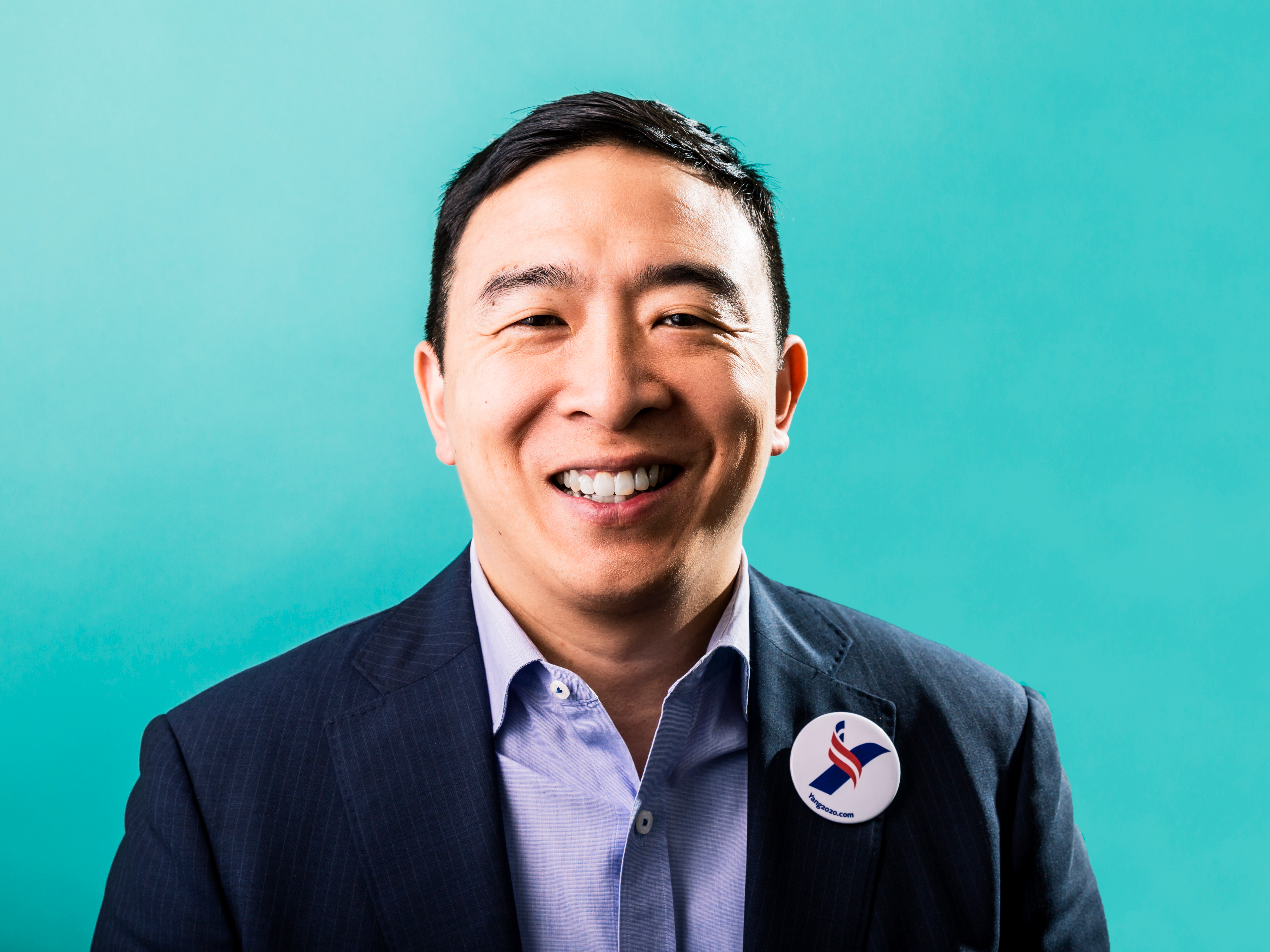 “I don’t want to give away too many details, but we have discussed with them our support for direct recurring economic relief,” Nasif told Insider.

The ideas behind universal basic income (UBI), that every member of society deserves a minimum income, are centuries old, but have gained traction in recent years in no small part thanks to Yang, who made the “Freedom Dividend” a key plank of his presidential campaign. That dividend would have given every American $US1,000 a month.

Congress endorsed a UBI of a sort in March with the passage of the CARES Act, which included $US1,200 checks for every American under a certain income threshold â€” but for one time only. Against the backdrop of rising coronavirus cases in the winter, another such measure â€” this time for $US600 checks â€” passed in December by bipartisan vote in congress, only to be held up by President Trump’s refusal to sign it. Trump says he wants $US2,000 checks this time.

It’s unclear if the Biden administration would support any recurring relief beyond another round of stimulus checks, but Nasif said the new administration is a “group open to new ideas.”

The Biden transition team did not immediately respond to Insider’s request for comment.

Yang launched Humanity Forward just days before the coronavirus pandemic took hold in the US. It has a few different aims: backing candidates who are in favour of UBI, increasing voter turnout, and even distributing cash directly to some Americans.

“I think our mission right now is to demonstrate to lawmakers that this is a really popular idea and it has bipartisan appeal, and it can really help our economy, starting with the people who need it most,” Nasif said. “And I think if the Biden administration sees that, then I think we’re going to keep moving the ball forward on economic relief for the American people. “

Yang’s group and the battle for a (bigger) UBI

Nasif told Insider that while the $US600 checks negotiated for the latest stimulus package aren’t necessarily enough, he said it’s significant that a strong bipartisan coalition agreed on an opportunity to help Americans with direct cash relief.

And, of course, the group is now turning its attention towards the possibility of $US2,000 stimulus checks after President Donald Trump expressed his support for a larger direct payment. They tweeted: “Humanity Forward is working diligently with our allies in Congress to build support for these direct stimulus checks and maximise the chance that as much relief as possible gets to the American people.”

In early March, the organisation and Yang sprang into action,Insider’s Grace Panetta reported. Yang said at the time that he had been in touch with the Trump White House regarding direct cash assistance for Americans.

Yang has also taken matters into his hands in at least one instance. In May, he announced a UBI pilot program in Hudson, New York, in which 20 residents making less than $US35,000 would receive $US500 a month for five years. Yang’s Humanity Forward will foot half of the $US600,000 price tag, and partner group Spark of Hudson will cover the rest of the cost. WAMC reports that applications for the program closed in September.

Yang may soon have a bigger platform to advocate for UBI, if not a bigger city in New York state that could serve as a laboratory for further implementation of the policy. A native of upstate New York and longtime resident, Yang took the “next step” toward running for mayor of New York City by filing paperwork with the city’s Board of Elections and opening a campaign bank account, a source with direct knowledge of the decision confirmed to Insider’s Jake Lahut in late December.

In a seeming nod to his potential mayoral run, Yang tweeted today: “Thanks for the love #yanggang.”

With incumbent Mayor Bill de Blasio term-limited from running in the 2021 mayoral race, 19 candidates have already declared in a wide open field. The election is seen as pivotal for the future of New York City, given how many wealthy residents may have moved away for good and continued uncertainty over the city’s economic future, and deep-pocketed New Yorkers such as Stephen Ross have reportedly gotten involved in the race already.

Since ending his presidential campaign, Yang has been campaigning for other Democrats, including Biden and down ballot candidates such as Raphael Warnock and Jon Ossoff in the Georgia Senate runoffs.

[This headline and article have been amended to clarify that Humanity Forward discussed recurring economic relief for Americans with the Biden administration, and to remove a reference to universal basic income.]