'I am only dating in-state residents': NY Gov. Andrew Cuomo responds to Chelsea Handler's public crush on him 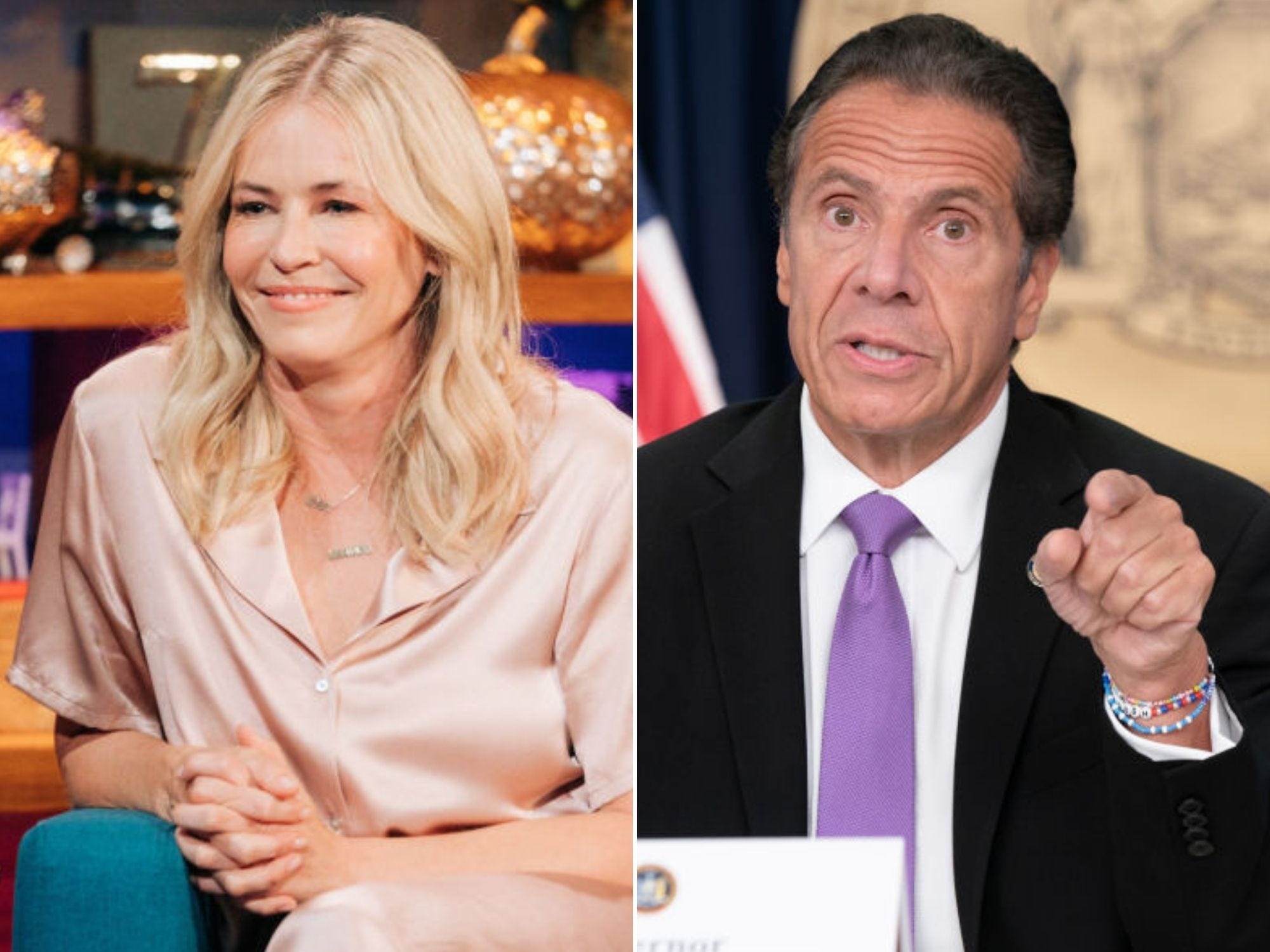 Thanks to some prompting from the hosts of “The View,” New York Gov. Andrew Cuomo got his chance to respond to claims that he never returned comedian Chelsea Handler’s request to go on a date.

On Wednesday, Handler appeared on “The View,” where she likened Cuomo to a “big Italian hunk.” She said that prior to the New York governor’s press conferences and guidance during the onset of the novel coronavirus pandemic, “we were so dehydrated for real leadership.”

Handler continued, telling the hosts: “I did have a conversation with Cuomo a few months ago, and I did ask him out on a date, and he did say yes â€” and then I never heard from him.”

On Thursday, Cuomo appeared on “The View” to promote his new book, “American Crisis: Leadership Lessons from the COVID-19 Pandemic,” which was published earlier in October.

One of the show’s hosts, Sunny Hostin, questioned Cuomo about Handler’s claim that he didn’t follow through on a date.

“We had Chelsea Handler on yesterday, who has admitted to having a significant crush on you, and she asked us to follow up on something,” Hostin said. “Governor, are you ghosting Chelsea Handler?”

The show then replayed Handler’s proclamation of love toward Cuomo, and the governor was shown in the video clip laughing.

He responded: “I’m a big fan of Chelsea’s, and she is great, and we have fun. But on my dating life, I am only dating, at this point, in-state residents. I’m dating New York residents, and so if Chelsea changes her residence, then maybe we can work it out.”

Like Cuomo, who has been a stringent promoter of mask-wearing in public, Handler has also been applauded for her social-media posts encouraging face coverings â€” which often include her own comical takes on the accessories.

In July, Handler went viral for wearing a DIY sports bra made out of two surgical face masks, which she displayed in an Instagram video, telling her fans: “Please find a mask and put it on any part of your body.”

In April, the comedian taught fans how to make a face mask out of a traditional bra.

Handler has publicly talked about her admiration for Cuomo prior to the recent “The View” segment â€” she even dedicated a portion of her HBO stand-up special “Evolution” dedicated to the politician.