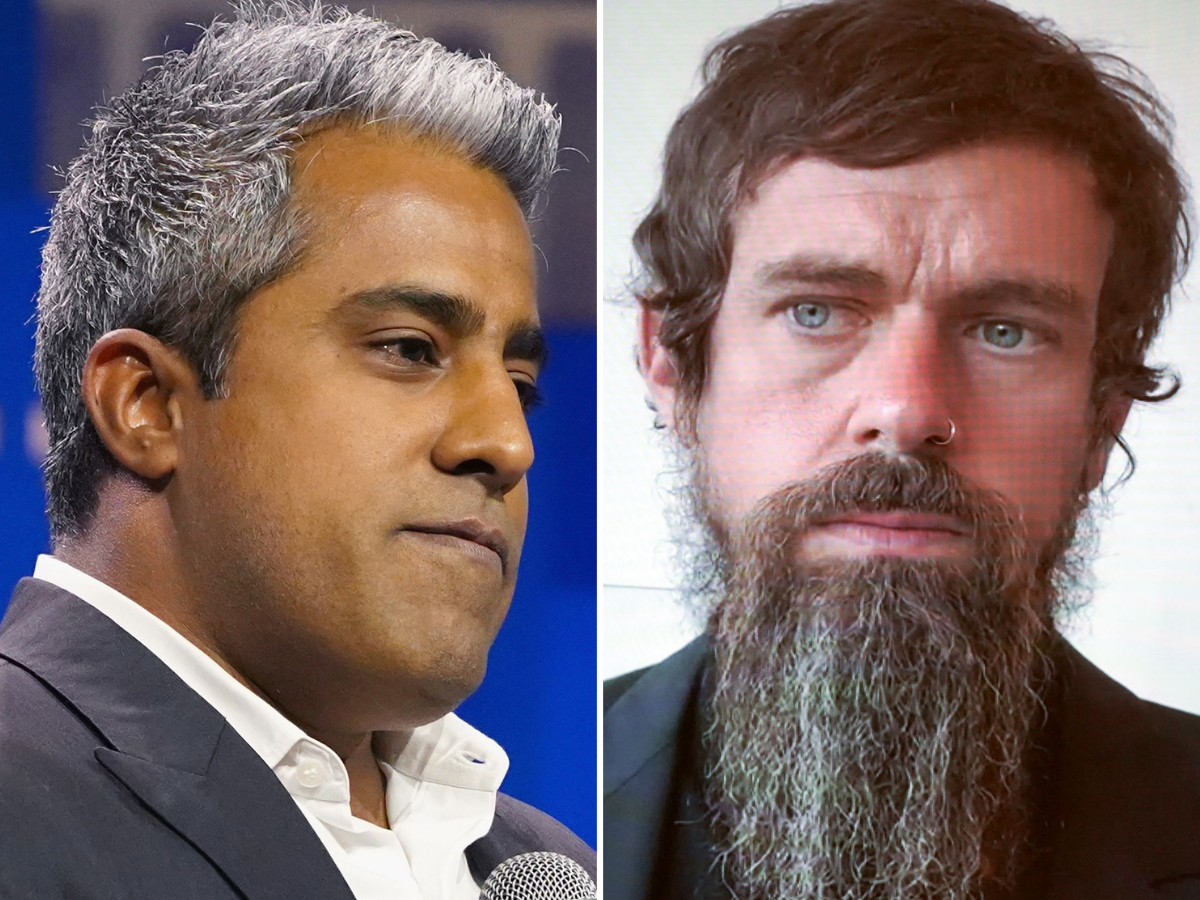 On Friday, Twitter pulled the plug on one of its most notorious users: President Donald Trump.

Author and inequality critic Anand Giridharadas told Insider that, for years, Twitter and Facebook “enabled Trump to use their platforms as his very dangerous megaphone,” engagement that they benefited from, and that, like many others, he’s long advocated for something to be done about Trump’s Twitter. After years of criticism about allowing Trump to remain on its platform, Twitter published guidelines for world leaders in 2019, explaining how it moderates controversial posts by politicians.

In fact, Giridharadas told Insider that he’s been in a private message group with Dorsey for years. He and other group members have long been “ragging” on the Twitter CEO to do something about Trump’s tweets, he said.

But when it comes to big decisions like the ban, “we’re kind of at the mercy of like, whether Jack is reachable on French Polynesia or not to decide whether to do this,” he said, referring to the fact that Dorsey was reportedly vacationing in the South Pacific during the assault on the US Capitol last week.

Also on Wednesday, Dorsey was reportedly calling into internal Twitter meetings from his vacation as his company worked to manage the fallout from the insurrection.

“The people of the United States of America are begging these private companies to not empower an American president to use their platform to incite terrorist insurrection,” Giridharadas said. “If you just step back, that’s so weird â€” and it tells you about that level of power.”

The historic, deadly siege of the US Capitol on January 6 prompted multiple social-media platforms to deplatform the president and his violent supporters, as some critics had long advocated. Facebook locked Trump’s account, while Amazon’s Amazon’s web hosting platform chose to suspend support for social-media site Parler, where top conservative influencers and their followers had flocked after Trump’s Twitter ban.

Conservatives weren’t happy, and bemoaned what they called undue censorship and control of free speech by big tech, often on Twitter.

Donald Trump Jr., for example, wrote in one tweet: “The world is laughing at America & Mao, Lenin, & Stalin are smiling. Big tech is able to censor the President? Free speech is dead & controlled by leftist overlords.” Missouri Sen. Josh Hawley, who supported Trump’s efforts to overturn the election and pumped his fist at the crowd of rioters on the morning of January 6, lost a book deal over the fracas, a decision he called “Orwellian” in a tweet, referring to the famous journalist and author who satirized totalitarianism in “1984.”

Other conservatives have claimed that these bans violate the First Amendment, but in fact, they don’t violate any laws. The Supreme Court has even ruled that companies have first amendment rights, implying that corporate rights may be violated when politicians instruct them on what to do.

‘Twitter has no obligation to publish Donald Trump’s tweets’

Professor Brian Ott, head of communication at Missouri State University, has been studying Trump’s Twitter presence since 2016, and coauthored the book “The Twitter Presidency: Donald J. Trump and the Politics of White Rage.” He said he’s heard a “number of critiques” that Trump’s deplatforming is a violation of free speech.

“It clearly is not. Twitter has no obligation to publish Donald Trump’s tweets,” he said. Under Twitter’s policies, Ott said, a ban was possible at any point during his presidency. Instead, it did what was best for its business by creating a “world leader” exemption.

Giridharadas said Twitter and Facebook banning Trump after benefiting from his engagement for five years is “a biopsy of how American capitalism functions writ large today.”

First, the platforms reaped the benefits of Trump’s engagement, he said. Then, they moved into what he calls phase two: their founders “performatively” giving back, but without changing much of their business models. Once they “milked” Trump for as long as they could, they jumped ship. But why now?

Trump’s tweets used to move markets, as noted by Barrons, and they were so influential that Bloomberg even tracked all of them in real time.

In recent years, though, engagement dipped, and in September 2020, President-elect Joe Biden’s Twitter engagement began to outpace Trump’s, even though Biden’s overall following was just a fraction of his predecessor’s.

“Joe Biden is never going to make a social-media company as much money as Donald Trump made them,” Giridharadas said.

[Editor’s note: This article, including its headline, was amended after publication to emphasise Giridharadas’ remarks about Twitter’s Trump ban being emblematic of the current functioning of American capitalism, and to emphasise that he was not alone in calling for the platform to ban Trump for years.]