Trump's nightmare scenario of being impeached, convicted, then barred from public office for life is looking more and more likely 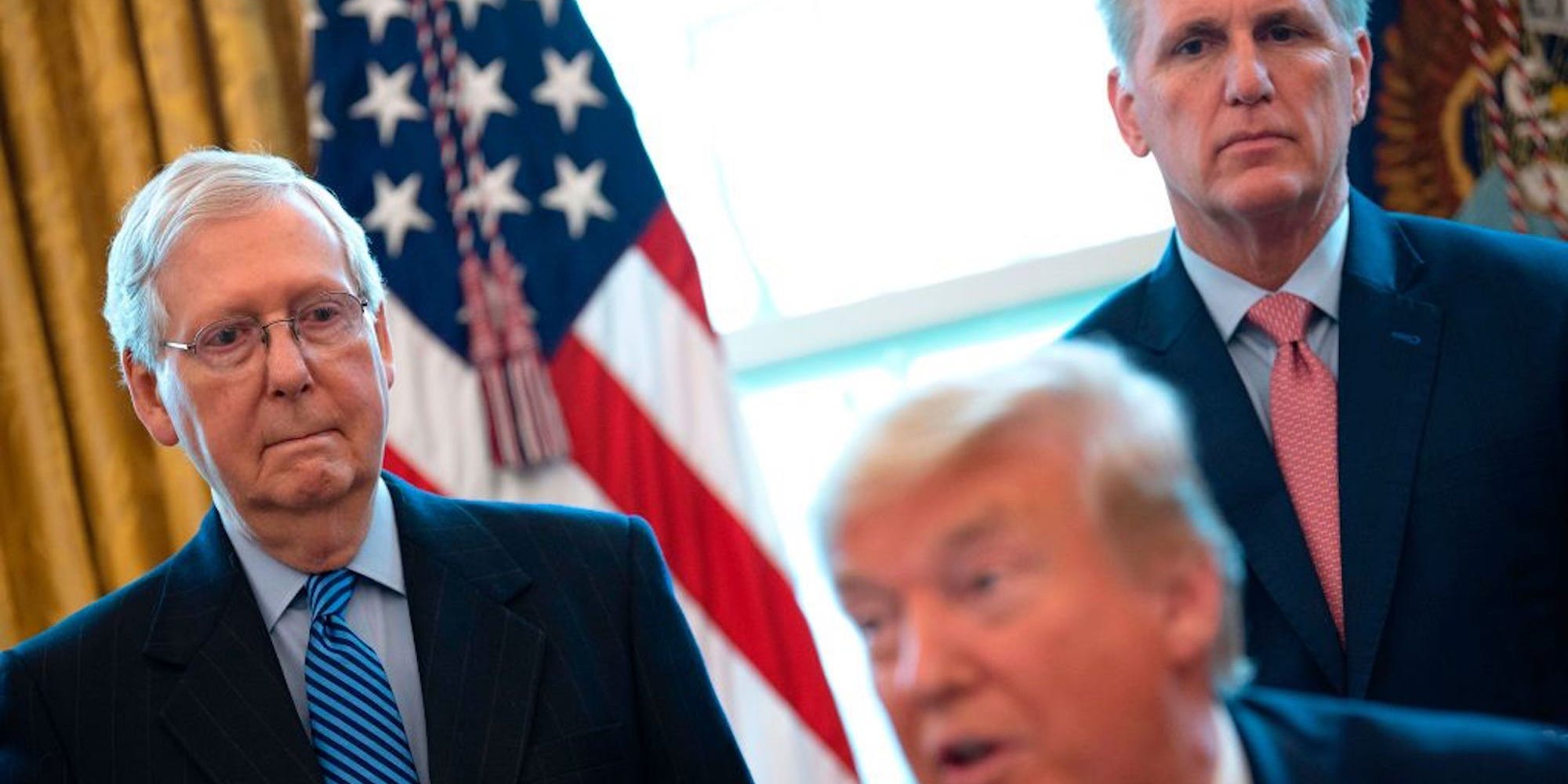 With Senate Majority Leader Mitch McConnell and Rep. Liz Cheney moving in support of President Donald Trump’s impeachment, a nightmare scenario for the president is moving closer to reality.

The congressional GOP was vocal in its support of Trump the first time he was impeached, with only one Republican senator, Mitt Romney of Utah, voting to convict him on one of the two charges over his dealings with Ukraine.

This time the situation is very different.

With Trump set to become the first US president to be impeached twice, Republican support for him is collapsing. This opens him up to the possibility of three reckonings, each more damaging than the last:

Conviction in a Senate impeachment trial requires a two-thirds majority, meaning Democrats would need at least 17 Republicans to vote with them for Trump’s removal.

According to The New York Times, as many as 12 have seemed open to voting to convict. That count came before McConnell and Cheney made their positions known, which could prompt more Republicans to follow.

A Wednesday-morning article from Axios, citing Republican sources, also spoke of a wholesale move in the party against the president.

An impeachment conviction would not automatically bar Trump from holding office, but a further move could.

The Senate could follow a conviction with another vote to block him from doing so, requiring a simple majority to pass. It would end any hopes of Trump seizing back the presidency with a run in 2024.

There are complications, though.

President-elect Joe Biden is set to be inaugurated on January 20. For an impeachment conviction to remove Trump from office, the Senate would have to finish its work within a week.

McConnell also indicated last week that a trial could not be held before January 20, as Congress will be in recess.

Overturning this would require a unanimous Senate vote, an unlikely prospect given the pockets of Senate support for Trump, as noted by the legal expert Markus Wagner.

But a trial could still take place later, convicting Trump even after he has left office.

Such a trial could take place with the Democrats in control of the chamber, thanks to the party’s recent victories in Georgia’s runoffs.

Sens.-elect Jon Ossoff and Raphael Warnock are due to take office by late January, which would tilt the odds toward Democrats and give them more procedural control.


Read more:
GOP kicks Trump to curb after deadly Capitol insurrection, leaving president to fend for himself during his historic second impeachment

Though some experts believe that such a trial would be unconstitutional, others say there is nothing in the Constitution expressly forbidding it.

Carl Tobias, who hold the Williams Chair in Law at the University of Richmond, Virginia, said there was some legal precedent for holding public officials to account in Senate trials after they leave office.

“There is no precedent on whether a trial of a President who has left office would be constitutional. However, before 1900, one senator, one cabinet member and one judge were tried after resigning from office, so there is some precedent regarding those public officials,” he told Insider by email.

Another obstacle might be the widespread support Trump still has among grassroots Republicans.

Having been ejected from Twitter, Trump will no longer be able to bully and cajole senators on social media. But the lingering prospect of his supporters turning against them could be enough to discourage them from voting to convict the president.