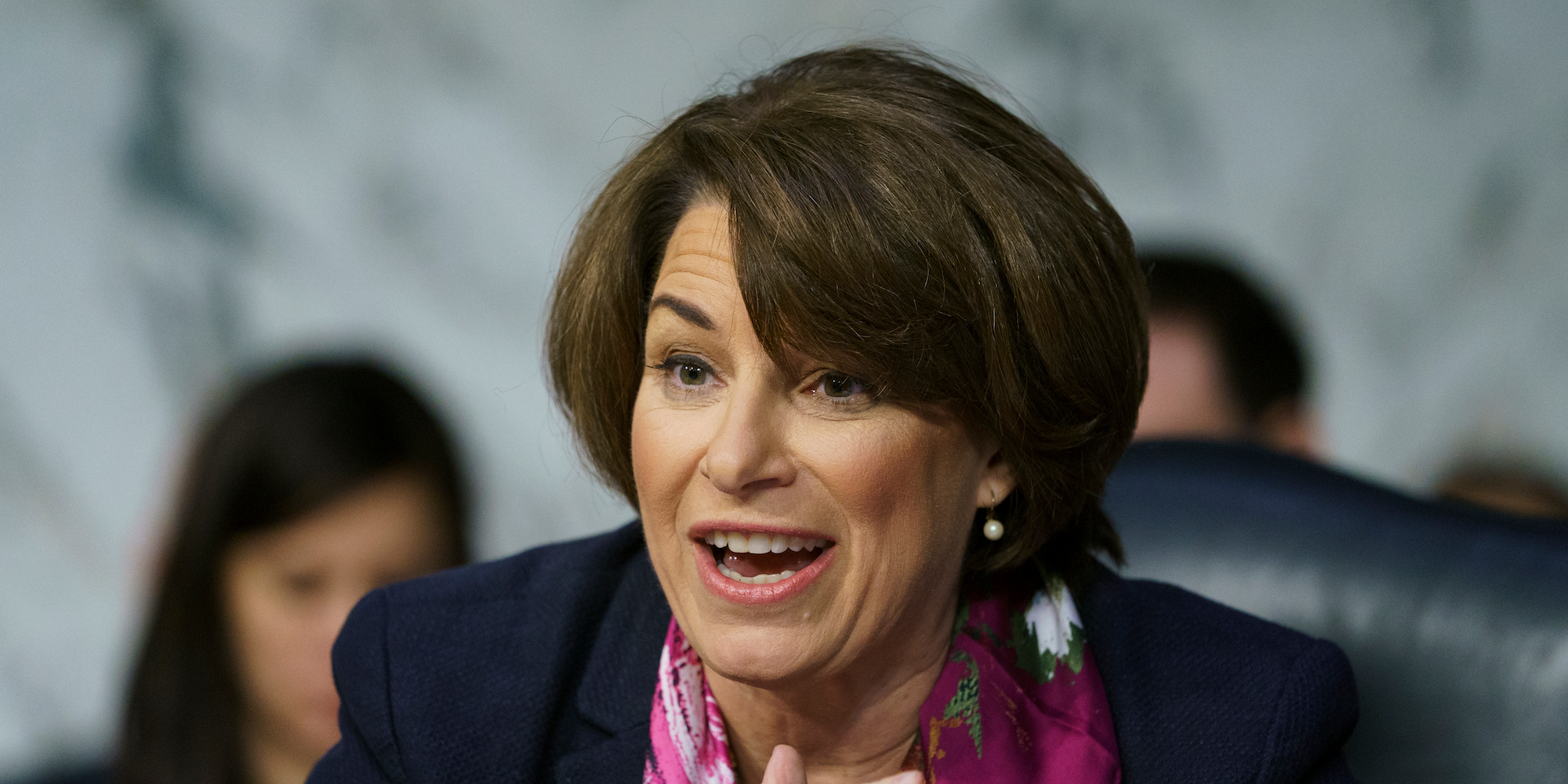 Sen. Amy Klobuchar of Minnesota is no longer running for president in 2020. On March 2, she announced that she’d be dropping out from the Democratic presidential race and endorsing former Vice President Joe Biden.

In April 2019, Amy released 12 years of her tax returns. Other 2020 candidates like Sen. Elizabeth Warren had also released their tax returns as part of their commitment to financial transparency, which revealed details about their financial lives.

Klobuchar’s tax returns and Senate financial disclosures reveal that while she’s certainly financially comfortable, she’s not as extravagantly wealthy as some other 2020 candidates.

Forbes estimates that Klobuchar and her husband’s approximate combined net worth to be around $US2 million.

Klobuchar’s main income source is her government salary, but she also receives some royalties from her 2015 memoir “The Senator Next Door,” published by the University of Minnesota Press.

Here’s everything we know about how Klobuchar makes and spends her money: 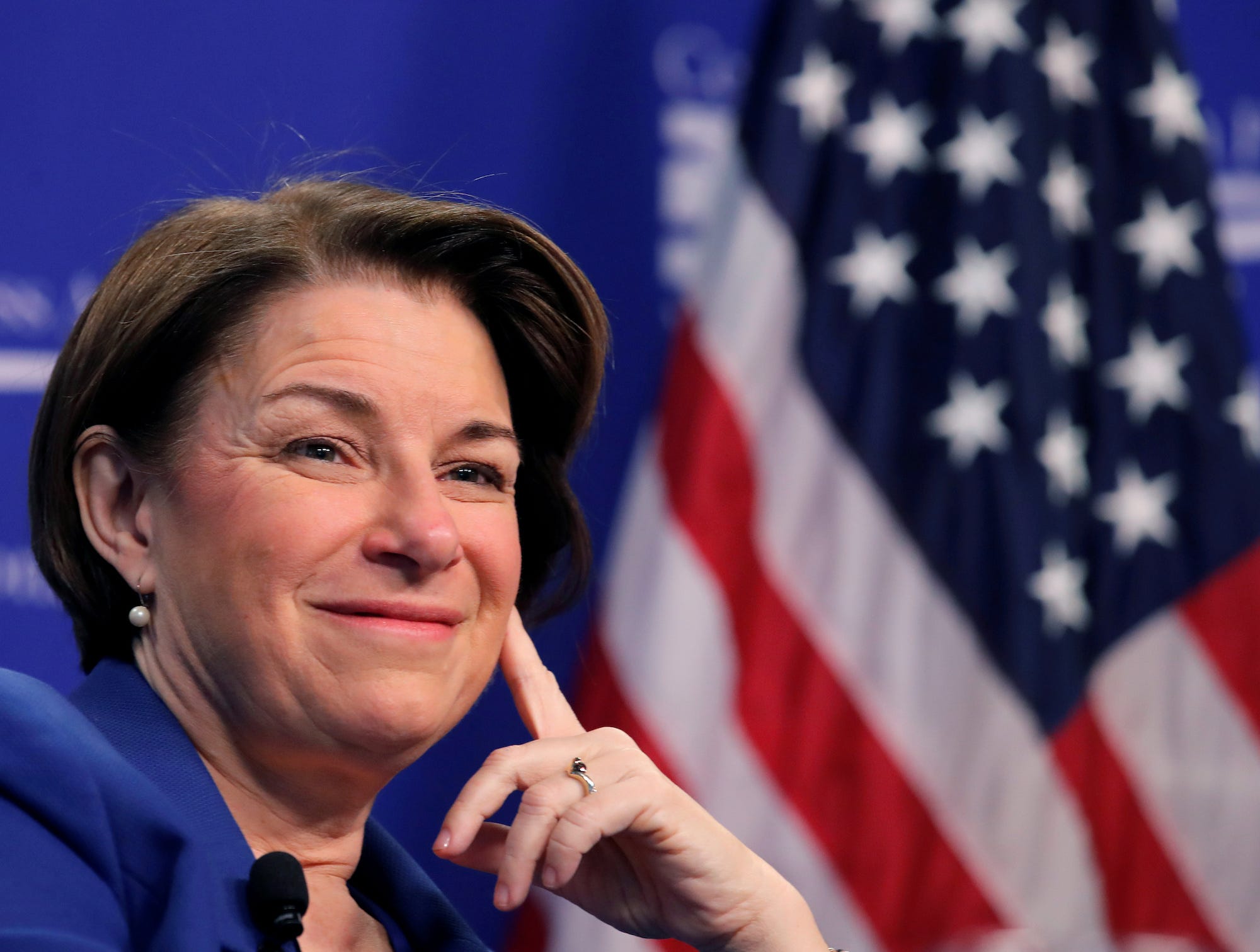 Klobuchar earns an annual salary of $US174,000 as a senator, and also receives royalties from her 2015 memoir “The Senator Next Door.” 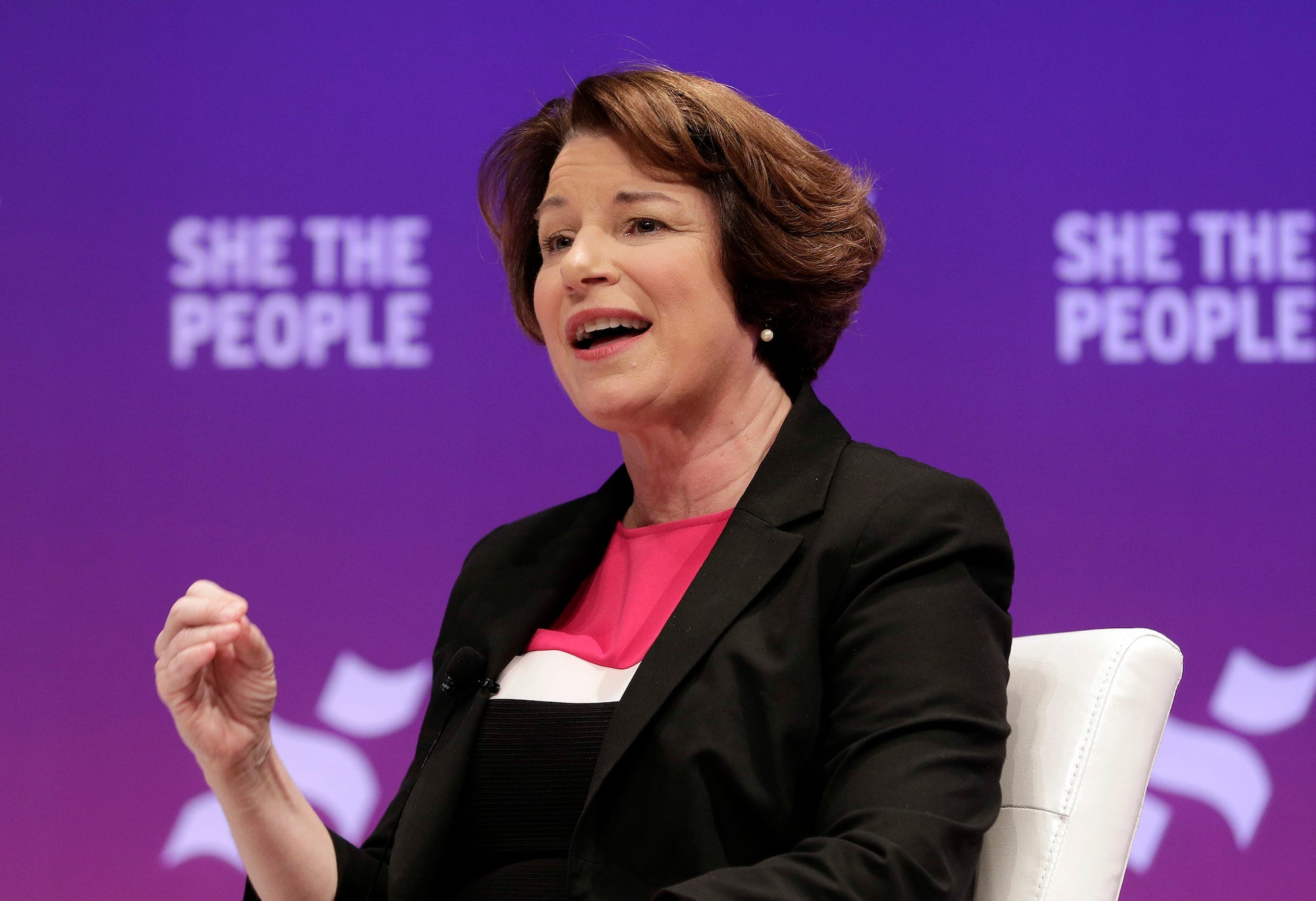 According to her 2017 financial disclosures, Klobuchar and her husband also hold investments in a number of mutual funds, stocks, and bonds. 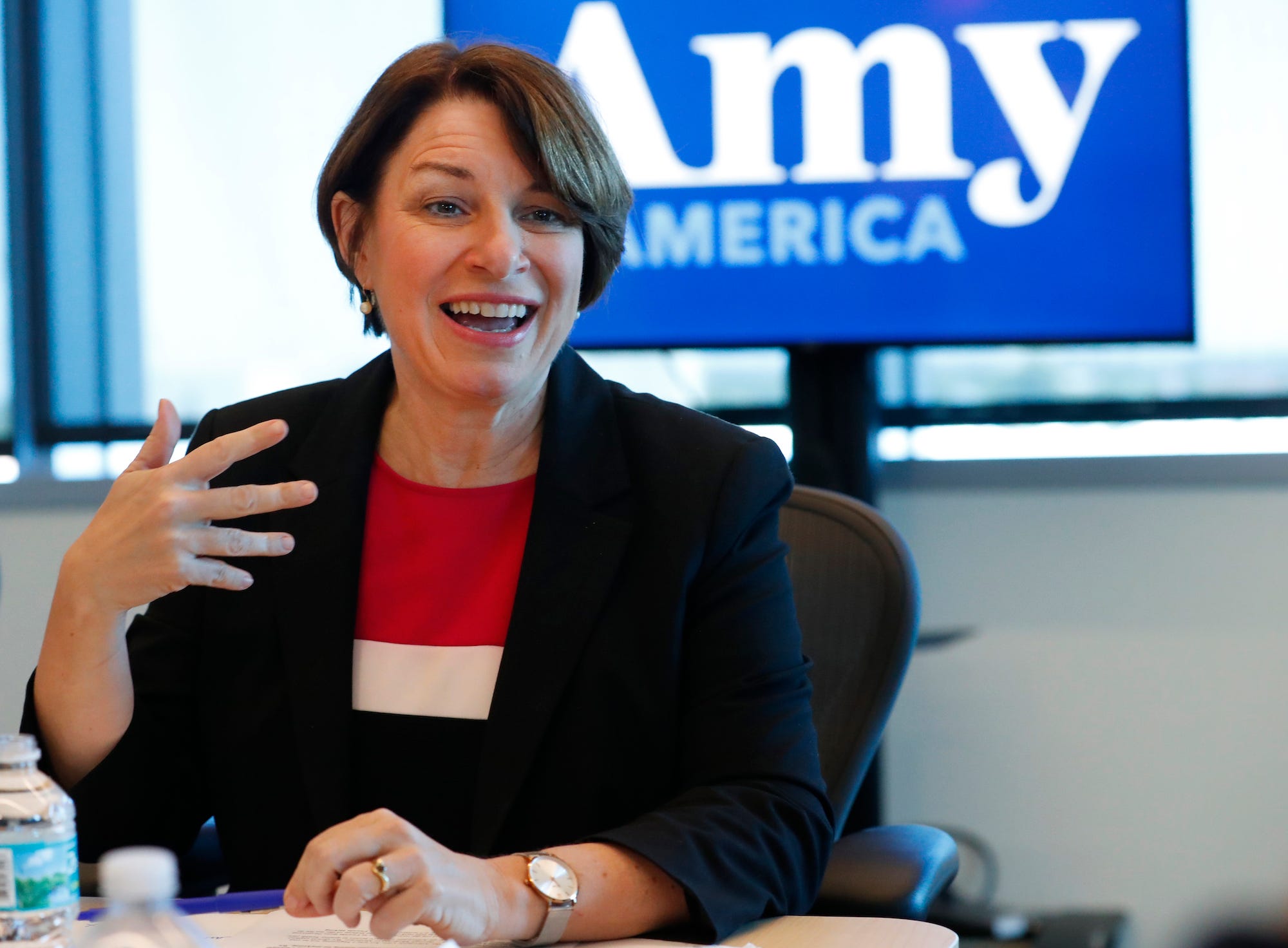 In 2016, the Centre for Responsive Politics estimated that Klobuchar’s net worth was between $US708,000 and $US1.6 million, a little below the median for US senators. 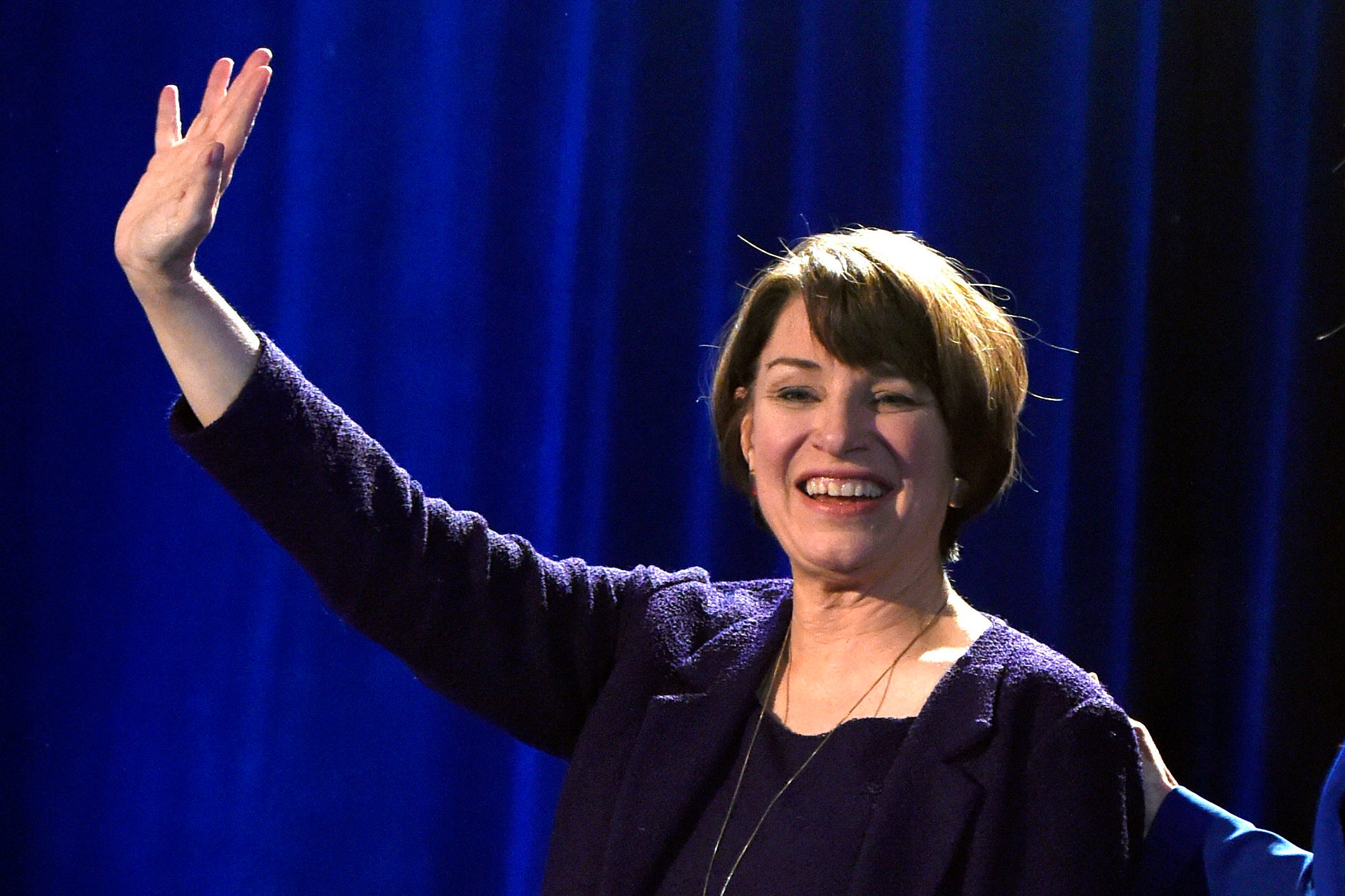 Klobuchar, who is best known for her relentless work ethic and low-profile approach, lives a relatively modest lifestyle. Her financial disclosure didn’t list any liabilities or major asset transfers. 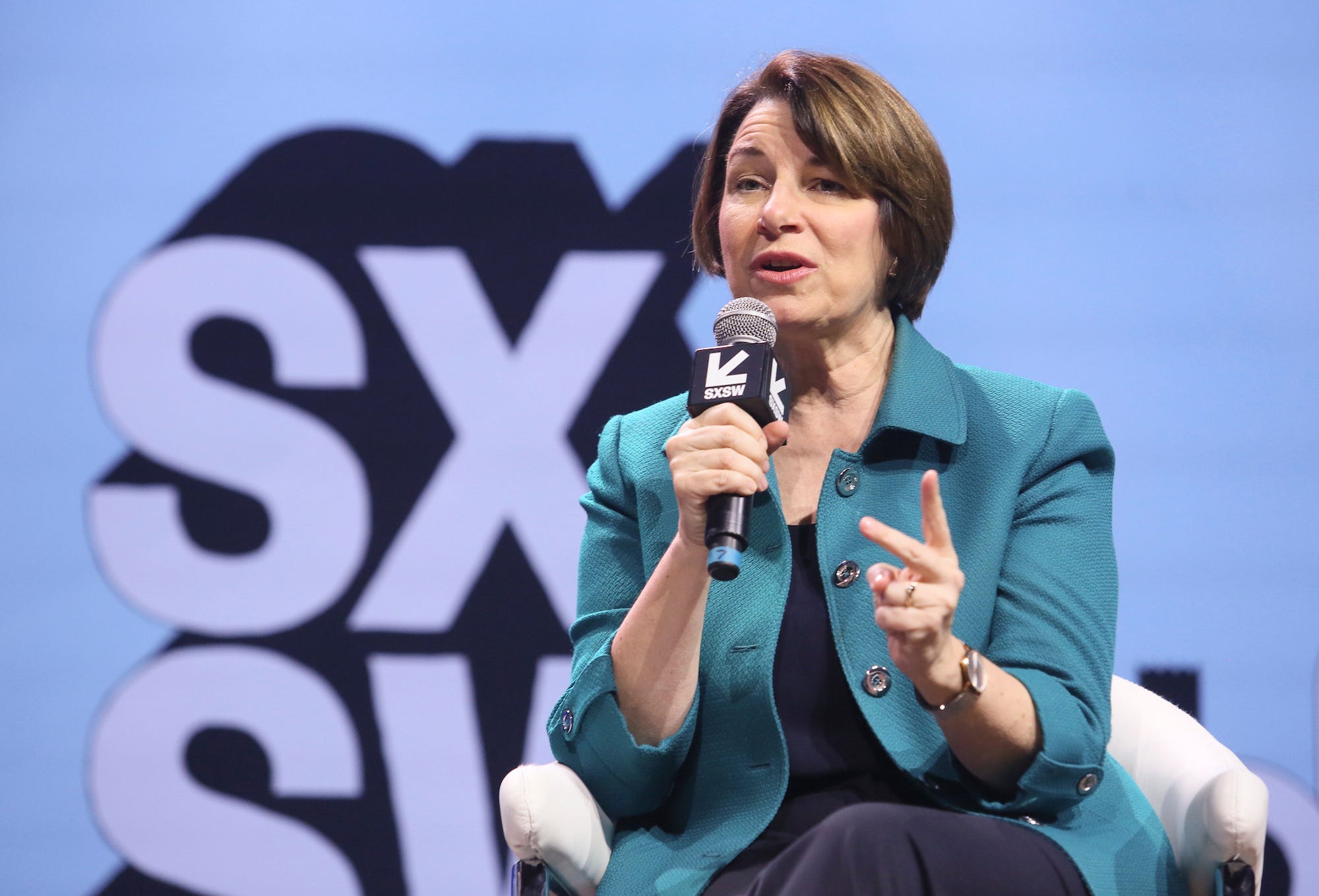 Her 2018 returns show she and her husband John Bessler donated about 1.9% of their income to charity. 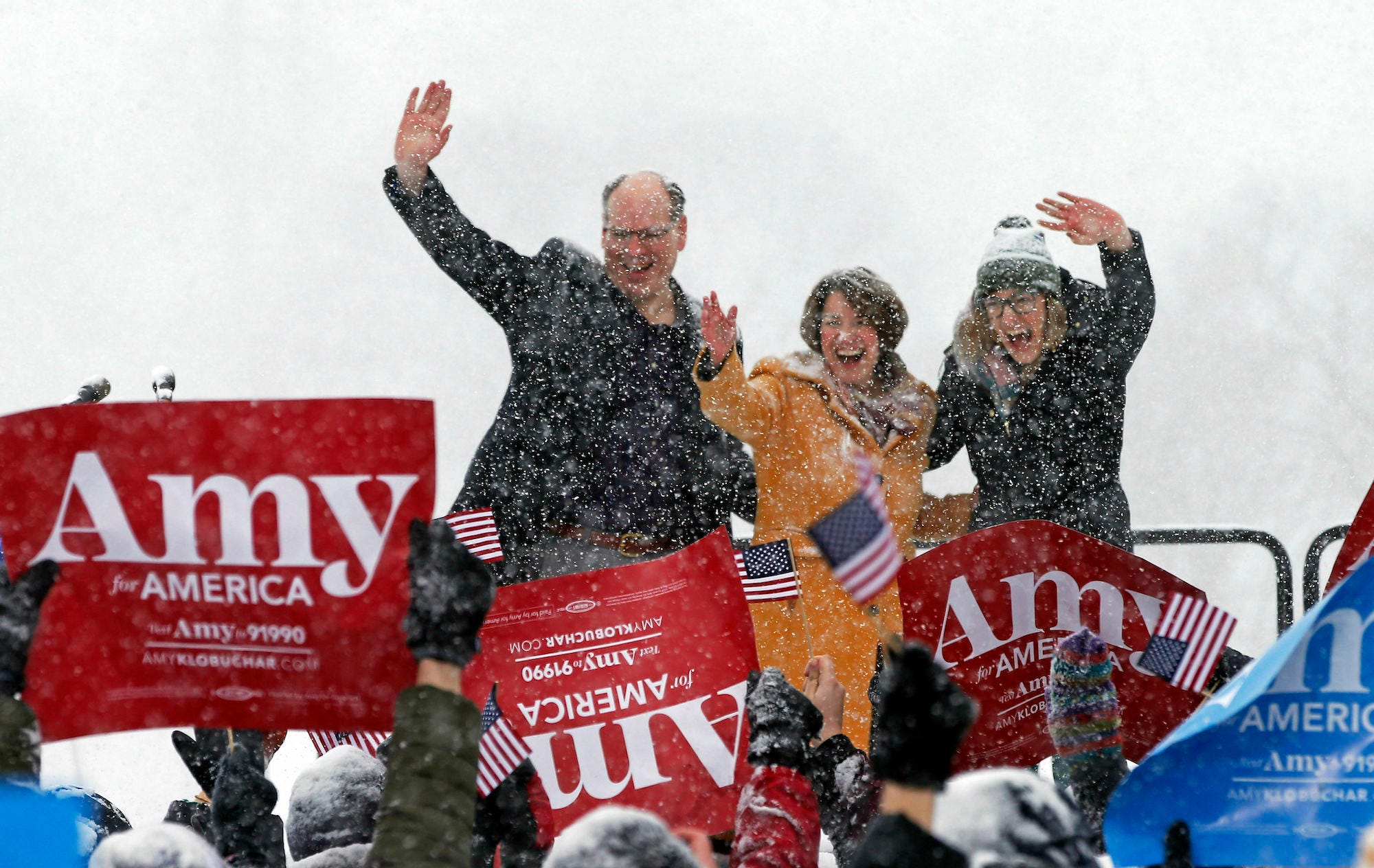 AP Photo/Jim MoneAmy Klobuchar with her husband John and daughter Abigail at her presidential announcement.

We don’t know much about Klobuchar’s major assets, other than that she owns a home at the heart of downtown Minneapolis’ Marcy-Holmes neighbourhood. 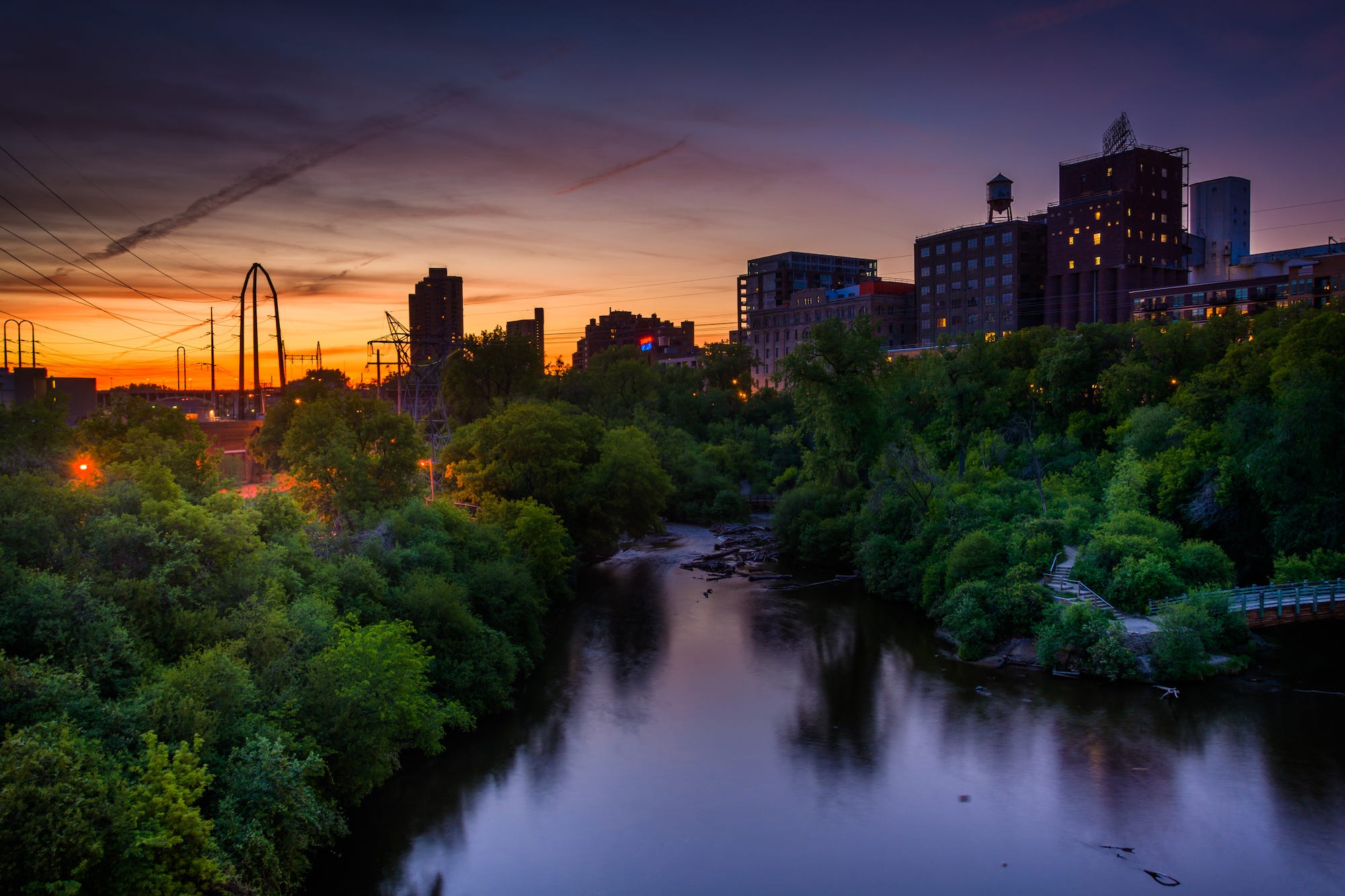