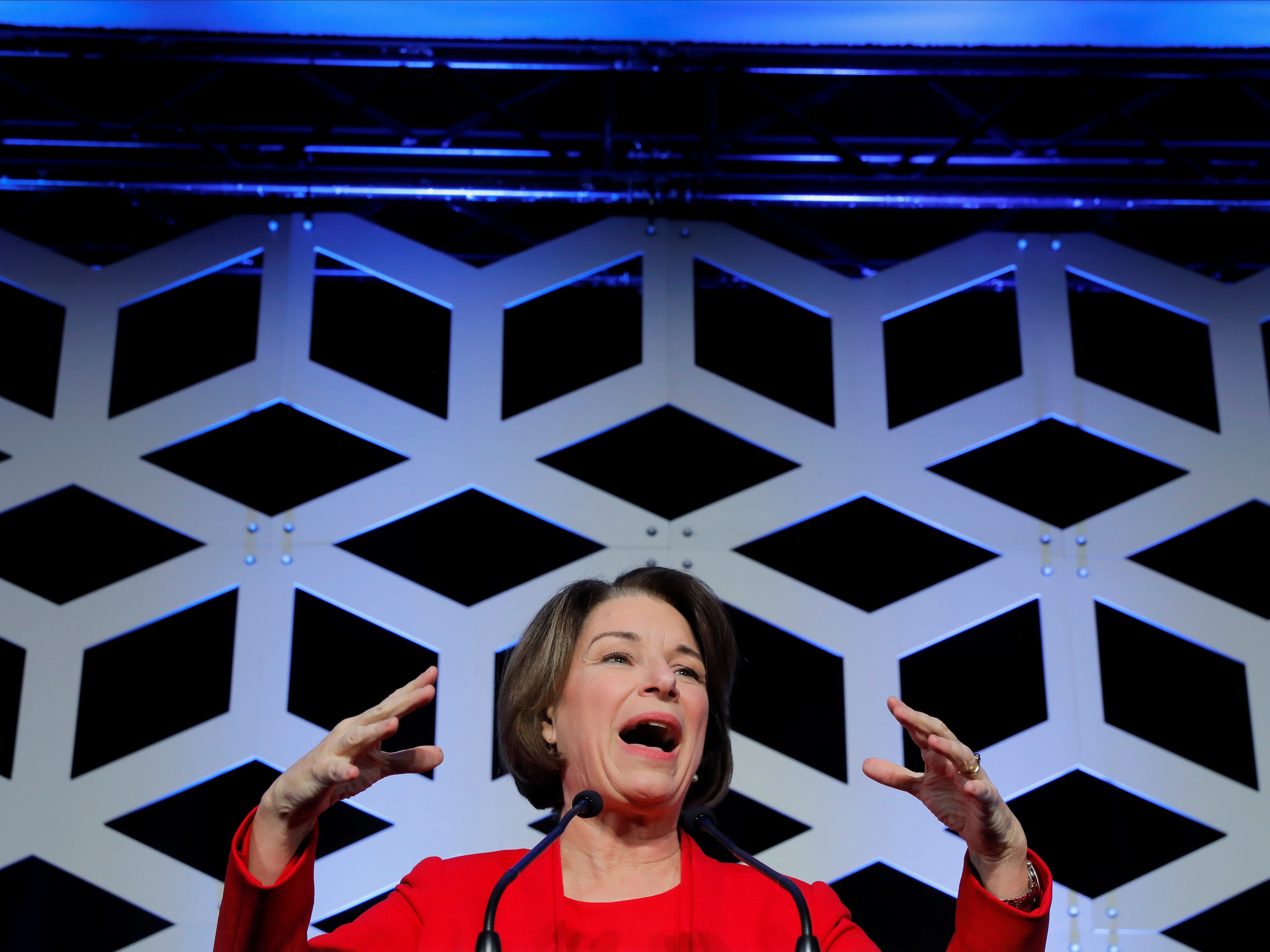 Over the course of her career in the Senate, Democratic Minnesota Senator Amy Klobuchar has received $US15,000 from police union and law enforcement PACs – more money than all but one of her colleagues.

The only senator who received more cash is Patrick Leahy, the Democrat of Vermont, at $US21,250, according to public filings obtained by the Centre for Responsive Politics.

Even before dropping out of the presidential race just before Super Tuesday, Klobuchar faced scrutiny over her record as head prosecutor of Hennepin County, Minnesota, which became the epicentre of anti-racist protests after Minneapolis police killed Black man George Floyd in late May.

The county was the site of 30 police killings between 1998 and 2006, the years Klobuchar held the prosecutor’s office. She didn’t prosecute the officers involved in any of them. Over her term, the city paid out $US4.8 million in legal settlements over 122 police misconduct incidents.

A spokesperson for Klobuchar’s congressional office told Insider that the senator has “a long record” of addressing racialized police violence. 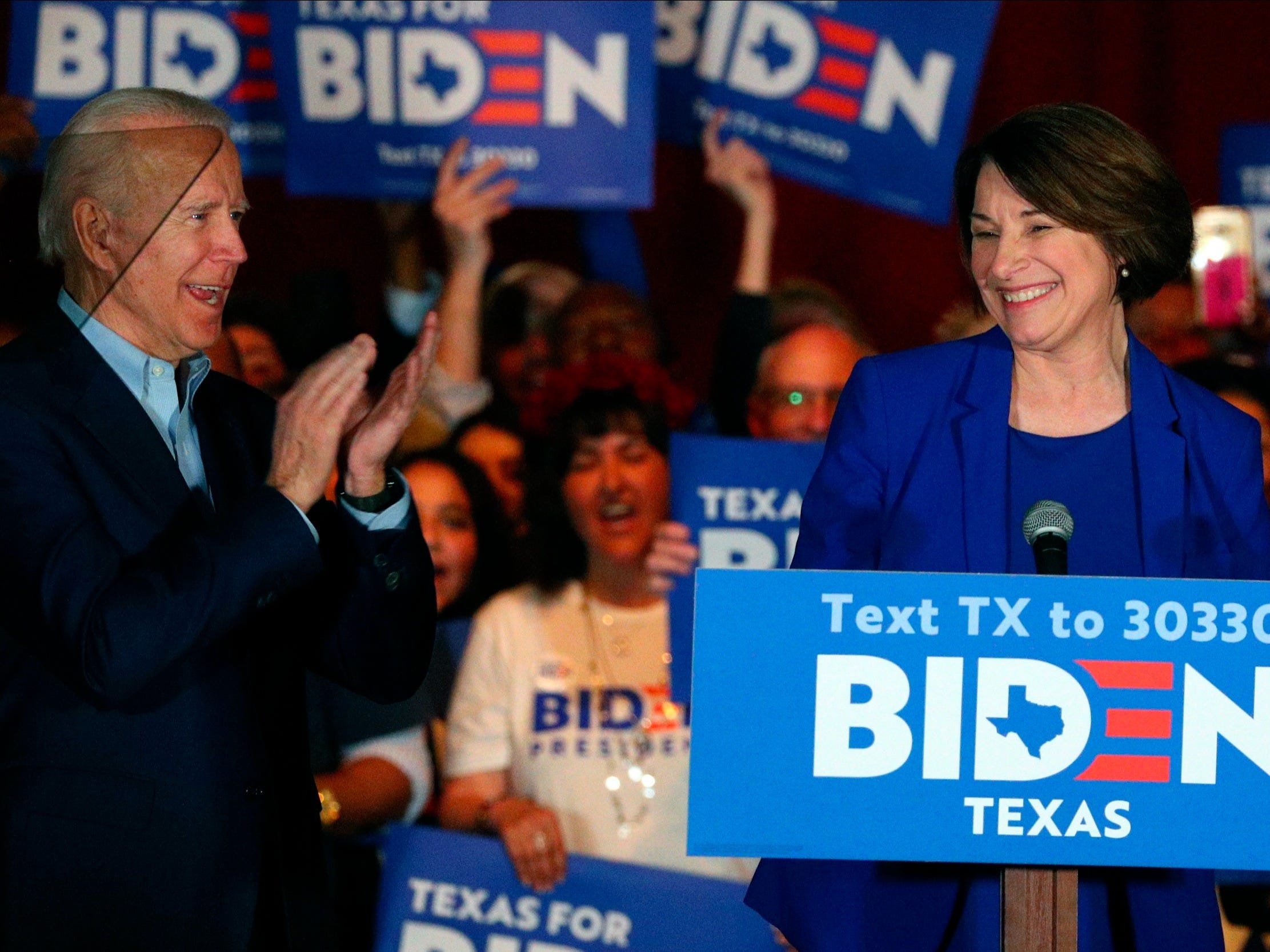 AP Photo/Richard W. RodriguezAmy Klobuchar is a contender to be Joe Biden’s running mate for the 2020 Democratic presidential nomination.

On June 8, Klobuchar co-sponsored the Justice in Policing Act, “which will end the racist and excessively violent policing by banning dangerous practices like chokeholds and no-knock warrants, prohibiting racial profiling, and reducing the barriers to holding police officers accountable for misconduct and violence,” the spokesperson added.

In the days after Floyd was killed, she asked the Department of Justice to investigate the Minneapolis Police Department and called for an investigation into Floyd’s death “at all levels – including local, state, and federal.”

And in an interview with NPR earlier in June, Klobuchar said it was standard practice for prosecutors to refer police killing cases to a grand jury instead of bringing charges themselves.

“At that time, that’s pretty much what the practice was,” she said. “The idea was that you would be able to get rid of any political bias and present it to a jury. … Every single one of those cases, we did present the facts to a grand jury so they could decide whether or not there should be criminal charges.”

Klobuchar now supports having prosecutors themselves decide whether to bring charges against an officer.

In a 2001 incident, police shot and killed Efrain Pompa De Paz, 21, alleging that Paz was reaching for a gun in his vehicle after a car chase. No weapon was found, the Star Tribune reported.

In 2004, police fatally shot 15-year-old Black boy Courtney Williams during a shots-fired call. The police officer had been running after Williams, they said, and appeared to be reaching for something in his waistband. After Williams was shot, police found a pellet gun near his body, according to the Star Tribune.

‘This is very tough timing for her’

Floyd’s killing has reinvigorated political discourse on racialized police violence. There’s been a broad push among protesters, advocates, and some politicians to defund or disband police departments. The Minneapolis City Council has a veto-proof majority of support for disbanding the Minneapolis Police Department.

Though presumptive Democratic presidential nominee Joe Biden opposes defunding the police, competition for his vice president spot is heating up, and Klobuchar appears to be losing steam.

Before Floyd’s killing, Klobuchar was seen as a top pick for Biden’s running mate. Now, she’s fallen out of a top-10 vice presidential candidate list compiled by the Centre for Politics at the University of Virginia.

“Klobuchar herself may still be a contender for the vice-presidential nod, but certainly one would think that the events of the past couple of weeks have significantly reduced her chances of being selected,” a Centre for Politics blog said, noting that white candidates like Klobuchar face more difficulty demonstrating their opposition to anti-Black police violence than Black candidates.

“This is very tough timing for her,” Clyburn told reporters in late May.