An American in Shanghai says the city isn't 'back to normal, but people feel safe again' as China's coronavirus cases drop 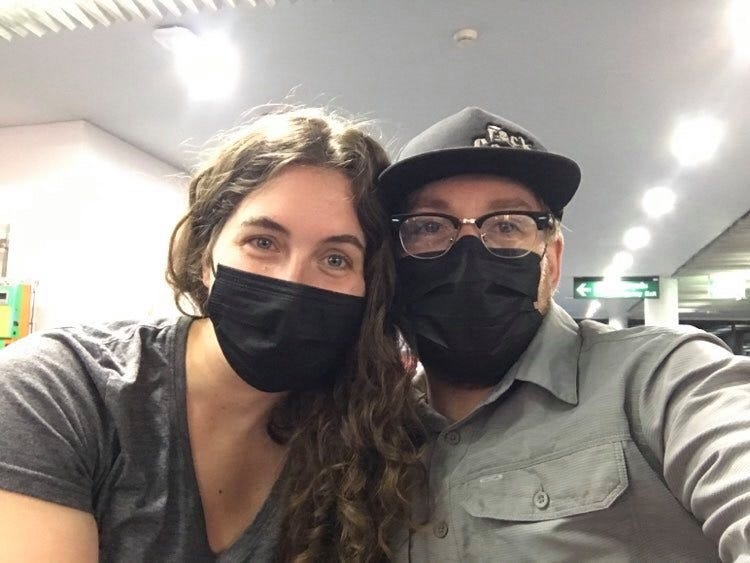 Emily EvansEmily and Matt Evans in the airport on their way back to Shanghai in February.

At 9 pm on a typical Saturday night in Shanghai pre-coronavirus, Emily Evans and her husband might listen to live music, go roller-skating at a pop-up rink, eat out at one of the city’s 100,000-plus restaurants, or, likely, all three.

“I wouldn’t be inside right now,” Evans, an American who’s been living in the city of more than 24 million for almost two years, told Business Insider.

But the Saturday night just gone, March 21, that’s what she was doing. It’s the same thing she’s been doing every night, and day, for almost the past five weeks due to the country’s strict isolation measures used to control the outbreak.

As the novel coronavirus pandemic accelerates rapidly around the world, it’s slowing down across China, with the country first reporting no new local cases for the first time March 19. But, contrary to popular belief, life in China is hardly from back to normal – and it will take far longer for American life to return to normal if residents don’t take the threat seriously now, Evans thinks.

Evans talked to Business Insider about life in isolation, and what else she wants her fellow Americans stateside to take away from her experience. 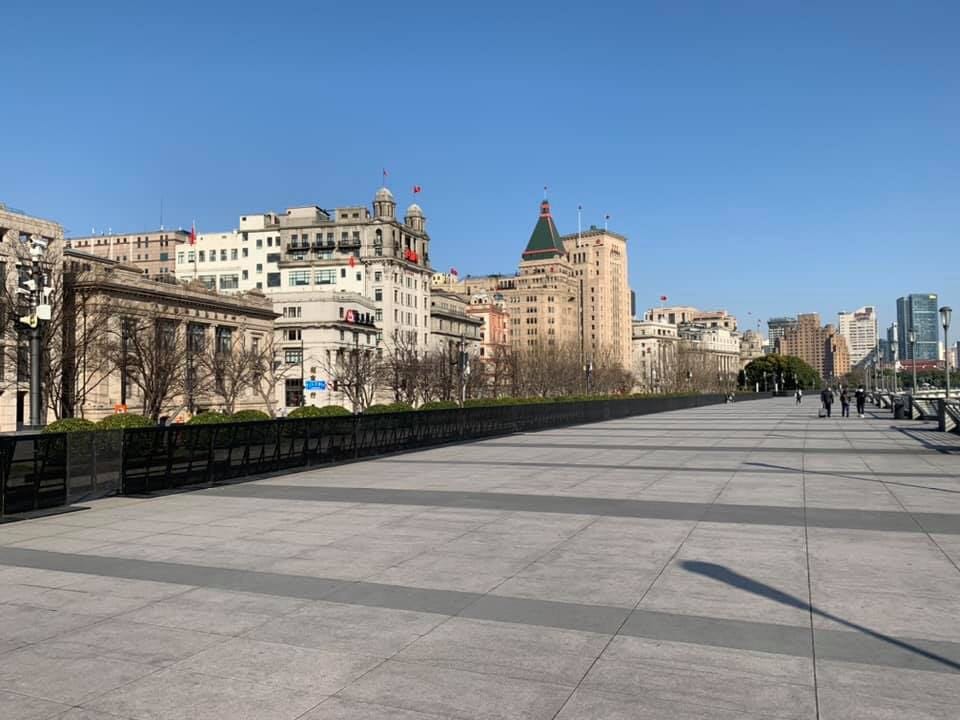 Dean AhnPerhaps the biggest tourist destination in Shanghai, called the Bund, is typically packed and the sky clouded with pollution.

In mid-January, when schools were on break for the Chinese New Year, Evans and Matt vacationed in Tanzania, where they hiked Mount Kilimanjaro. Before their ascent, they’d heard mumblings of a new virus in a town they’d never heard of, Wuhan.

But when they got off the mountain, “everyone was talking about it,” Evans said. “We didn’t have any connection to the world for seven days, and by the time we got back to a place with wi-fi, our phones were blowing up with it.”

When they returned to Shanghai – an adventure in its own filled with reroutes, nearly empty planes with masked passengers, and getting their temperatures taken multiple times – the city was very different from the one they’d left.

All nonessential businesses had been shut down, drugstores weren’t selling Tylenol presumably because the government didn’t want people to be able to mask COVID-19 symptoms, schools were planning for online learning once the holiday ended, and the country was under shelter in place orders.

“When we came back, we just kind of fell right into that,” Evans said. They had everything delivered, including food and cat litter, which had to be dropped off at the guard’s station in front of their complex since they’d been travelling. When Evans felt sick, she worked with a doctor virtually.

In a matter of couple weeks, from Evans’ view, the whole country took the threat of the virus seriously.

“When the government here says to do something, people just do it. It’s not a question,” she said. “I was just talking to someone today [who said] one of their friends has not left their apartment for two months.”

In some ways, she says, she’s grateful the first big outbreak happened where that obedience prevails. “I feel like if it had happened anywhere else, it would be impacting the world on an even greater scale right now.” 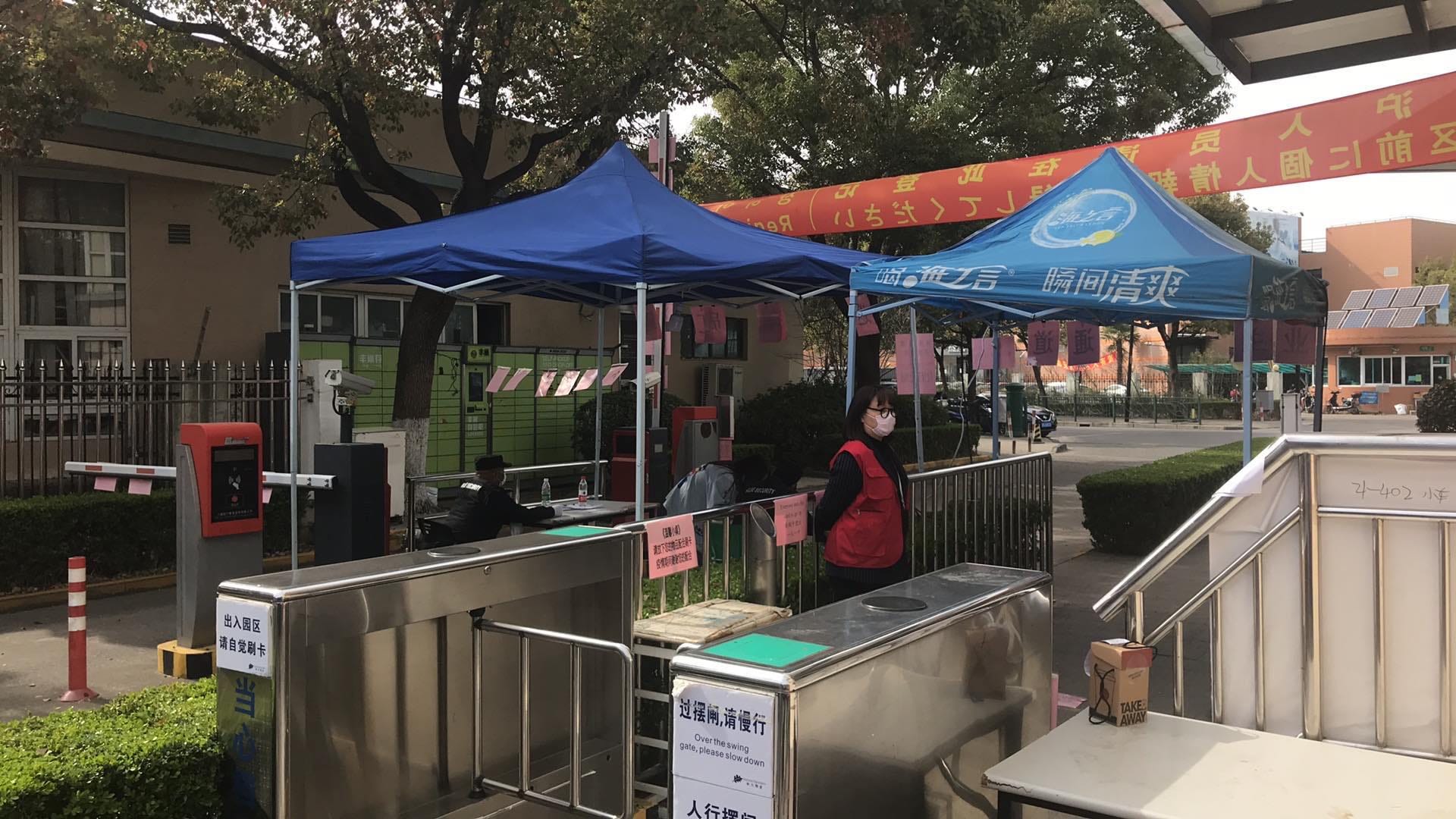 If Evans leaves her apartment’s premises, her temperature is taken

Even now as cases of coronavirus decline in China, Evans’ life doesn’t look much different than a few weeks ago when the caseload was growing.

She teaches her students virtually, and exercises using an indoor bike trainer or cobbling together at-home workout routines. Once a week, she runs one-kilometre laps around her building, but within the guard’s gates. “It’s nauseating,” she said.

When she does leave the premises, usually only for the occasional grocery visit or leg stretch, she’s not left alone.

“You can’t go more than like a hundred feet before someone is checking your temperature again, like all over the city,” she said. “They’re asking you to write down your name, your phone number, what your temperature is.”

Residents also have an app with a code that changes colour, from green to yellow, if local officials have identified that you may have been in contact with someone who has tested positive for COVID-19. If so, you’re asked to quarantine. If you’re diagnosed with the illness, you’re a code red and required to do so.

“A lot of places are now are checking your temperature and asking you to show them your code,” Evans said.

But still, there’s more lightness, literally and figuratively, in the atmosphere these days. “When I got back [from Tanzania], people were on edge – like if you were walking past someone, they’d go 20 feet out of their way to avoid you,” she remembers.

Now, though, the occasional restaurant is reopening and “you can kind of collectively feel that things are starting to relax.”

Plus, the actual air is “gorgeous,” Evans said, which is not an adjective she’d use for what’s typically heavily polluted springtime air. “If there’s a silver lining to any of this … it feels like we’re hitting restart on some areas that have been really impacted by tourism and manufacturing.”

There’s still no sign of going back to school. 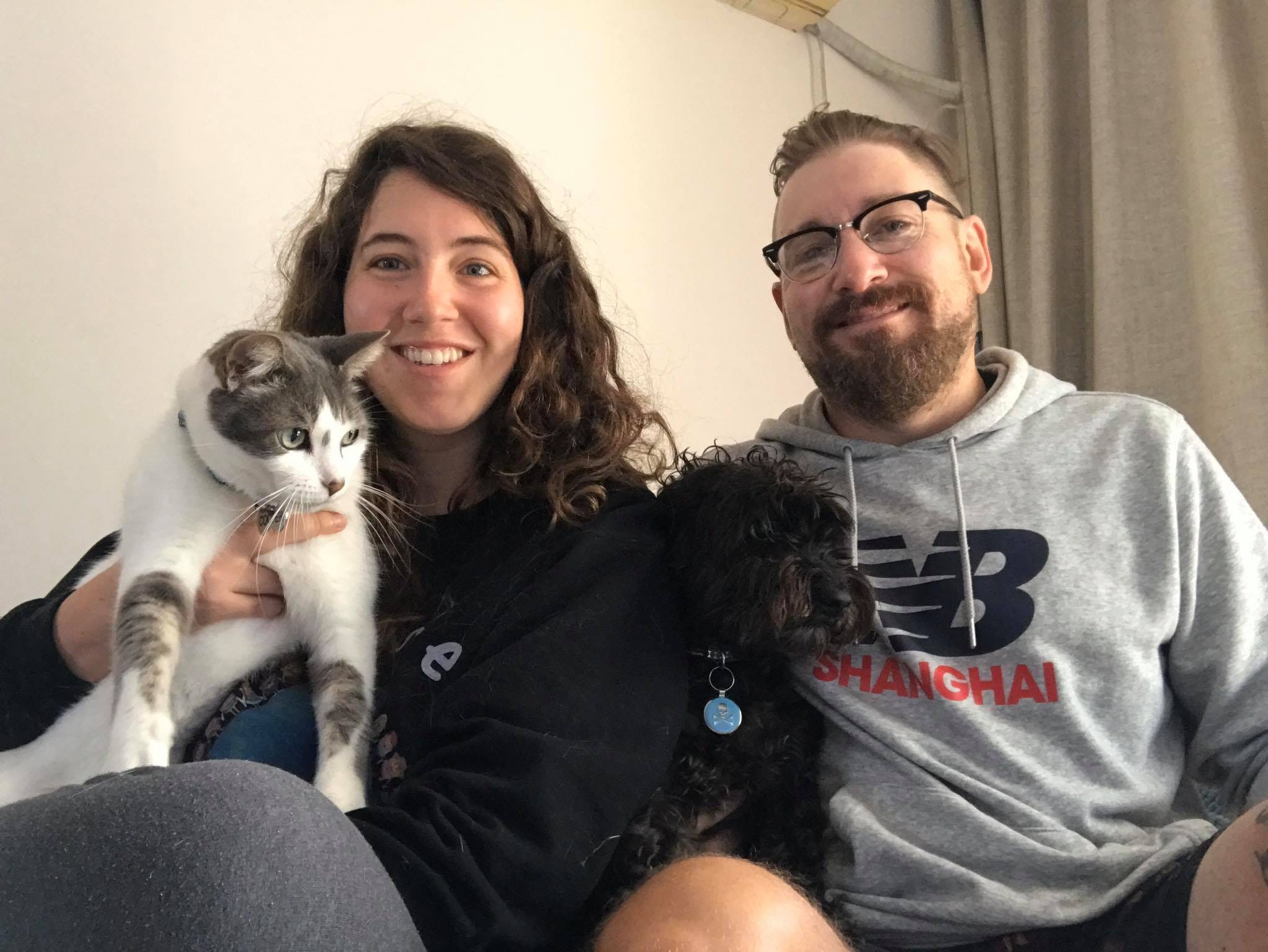 Emily EvansEmily and Matt Evans in their apartment with their dog and cat.

The US government can’t replicate China’s response, but residents can take the virus seriously

Evans acknowledges there are reasons that have their own consequences that Chinese residents do what the government says, and that people in the US have additional barriers to sheltering in place.

“Seeing the unemployment rates [in the US] triple in a matter of a couple of days breaks your heart,” she said. “People in China just don’t have to worry about that because of the type of government we’re in where just different protections are already in place.”

People in China were also already comfortable with the idea of a quarantine pre-coronavirus, Evans said. If someone in her class at school gets the flu, for example, the whole class is quarantined – meaning they all sit in the same section of the cafeteria and have the music teacher, for instance, come to them, rather than the other way around.

“Quarantine here is not a novel idea at all,” she said. “They don’t think of it as trying to keep themselves healthy, but they’re saying, ‘Hey, I might have been exposed to it and I’m going to try and not infect other people around me.'”

That, and some other attitudes, Americans can learn from if they want the trajectory of the outbreak to come close to how it’s gone in China, Evans said.

“Three months later after drastic measures, we are not back to normal, but people feel safe again,” she said. “Three months really, in the greater scheme of things, is not that long. I wish Americans would realise that if you don’t take this seriously now, it’s only going to be inconvenient for a longer period of time.”

She also wants Americans in the states to realise that while it may feel like their world has dramatically changed in the past week, the actual world has been changing for months.

“I want people to realise: You are part of the bigger picture,” she said. “It’s your turn now, but the world has been coping with this for months.”