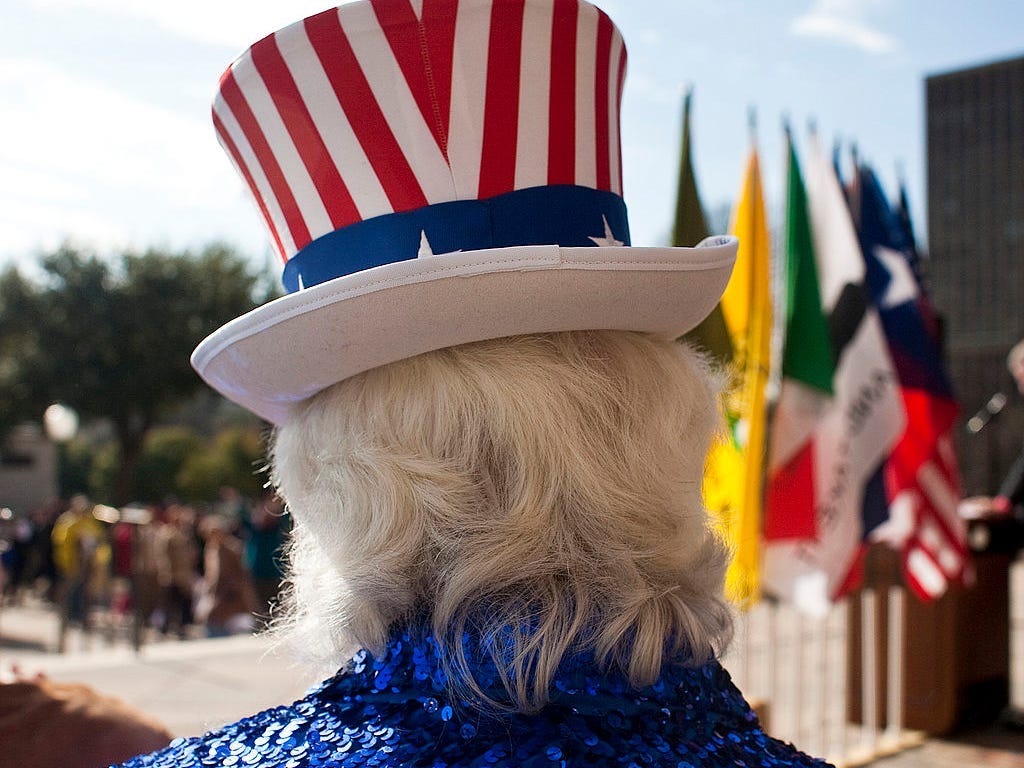 In recent months, one of the people calling out corporate taxes paid – or lack thereof – has been President Joe Biden.

“I’m not trying to punish anybody, but damn it, maybe it’s because I come from a middle-class neighborhood, I’m sick and tired of ordinary people being fleeced,” Biden said in a recent speech. He’s also taken aim at 55 multinational companies that paid no income tax last year, citing a report from the left-leaning Institute on Taxation and Economic Policy.

As president, he’s trying to do something about it, proposing a suite of tax changes as part of his infrastructure package under which corporations would see their taxes climb from 21% to 28%, although he may well compromise at 25%.

Also, Treasury Secretary Janet Yellen has been calling for a global minimum corporate tax rate, and is working with the G20 on it. Essentially, this would be a nonbinding rate for multinational companies – meaning that corporations would be disincentivized from leaving one country for another with more favorable tax rates.

The truth is multinationals are still paying taxes, but they’re increasingly paying into international tax havens such as Bermuda and Singapore.

“According to the US Treasury, of the top 10 foreign countries in which US multinationals report profits, seven are tax havens,” the note said. “These are relatively small economies: Bermuda, the Cayman Islands, Ireland, Luxembourg, the Netherlands, Singapore and Switzerland.”

According to the note, those smaller economies still represented 60% of the foreign income multinationals reported in 2019 – “more than 1.5 times the rest of the world.” In 2000, that amount was closer to 30%. 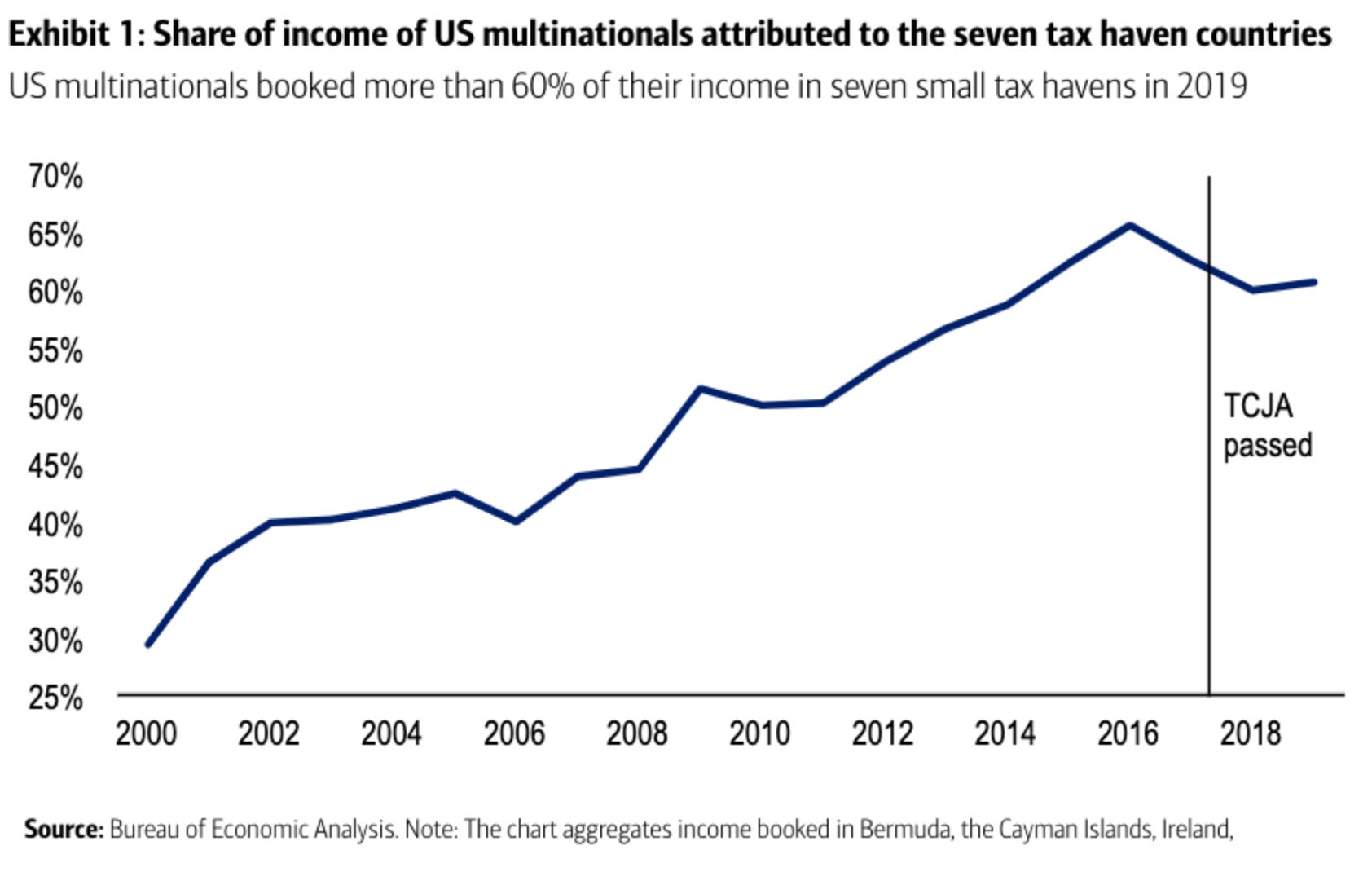 The chart notes that the 2017 Tax Cuts and Job Acts (TCJA) – Trump’s signature tax package – did include a few measures meant to discourage this “profit sharing.” That’s the same package that included a decrease of the corporate tax rate to 21% from 35%. After its passage, the amount of money pouring into these tax havens leveled out, and was no longer rising, “but the share did not decrease meaningfully and so profit shiſting remains a major concern.”

Biden’s Made in America Tax Plan specifically targets profit shifting, and “would also eliminate the tax laws
embedded in the 2017 TCJA that incentivize the offshoring of assets,” according to the Department of Treasury.

Before a global minimum tax passes, it would need OECD members to agree on a framework for the policies they want to implement. As BofA notes, a few major tax havens are in the EU, which would have to pass any proposal unilaterally. And there could be resistance in America, with at least one Republican – Senator Pat Toomey (R-Pa.) – speaking out against it.

But change is probably still on the way.

“What is clearer, in our view, is that the current political environment is ripe for progress on the issue,” BofA said. “Given the rise in global debt because of the pandemic and the fiscal response, taxes will likely have to increase in many countries. The US probably has the most leeway to continue running large deficits, but it is leading the charge on the global minimum tax.”