Expert who warned of Trump's fascist behaviour: America is entering a new era of political instability 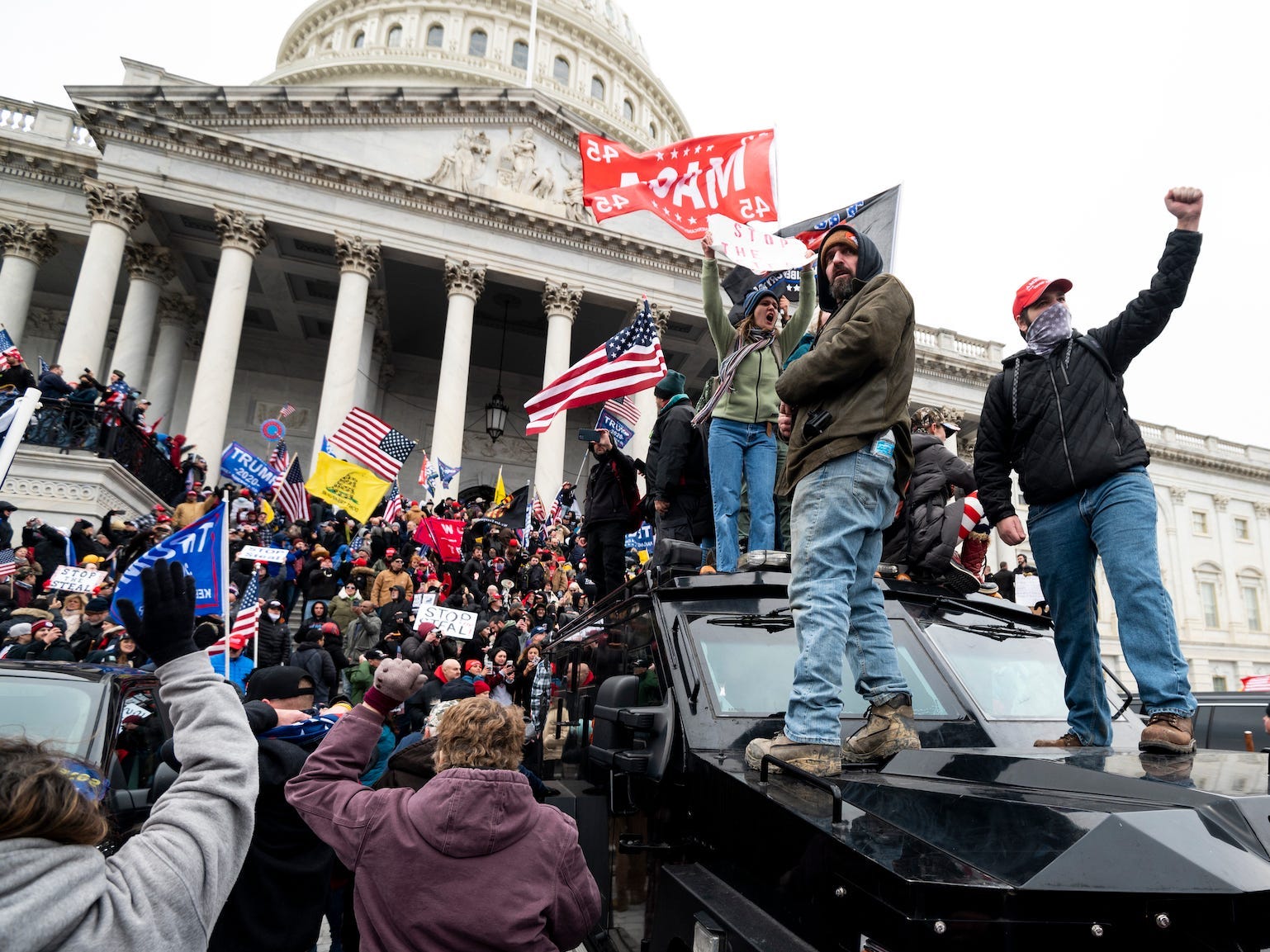 Bill Clark/CQ-Roll Call, Inc via Getty ImagesTrump supporters stand on the US Capitol Police armoured vehicle as others take over the steps of the Capitol on Wednesday, Jan. 6, 2021, as the Congress works to certify the electoral college votes.

“I know you’re disappointed, but I want you to know that our incredible journey is just beginning,” President Trump told his followers via video on January 7, finally acknowledging his loss to Joe Biden in the November 3 election. While his speechwriters put in language condemning the armed assault on the Capitol Building one day earlier, it was these final words of his announcement that caught my attention â€” and not in a good way. 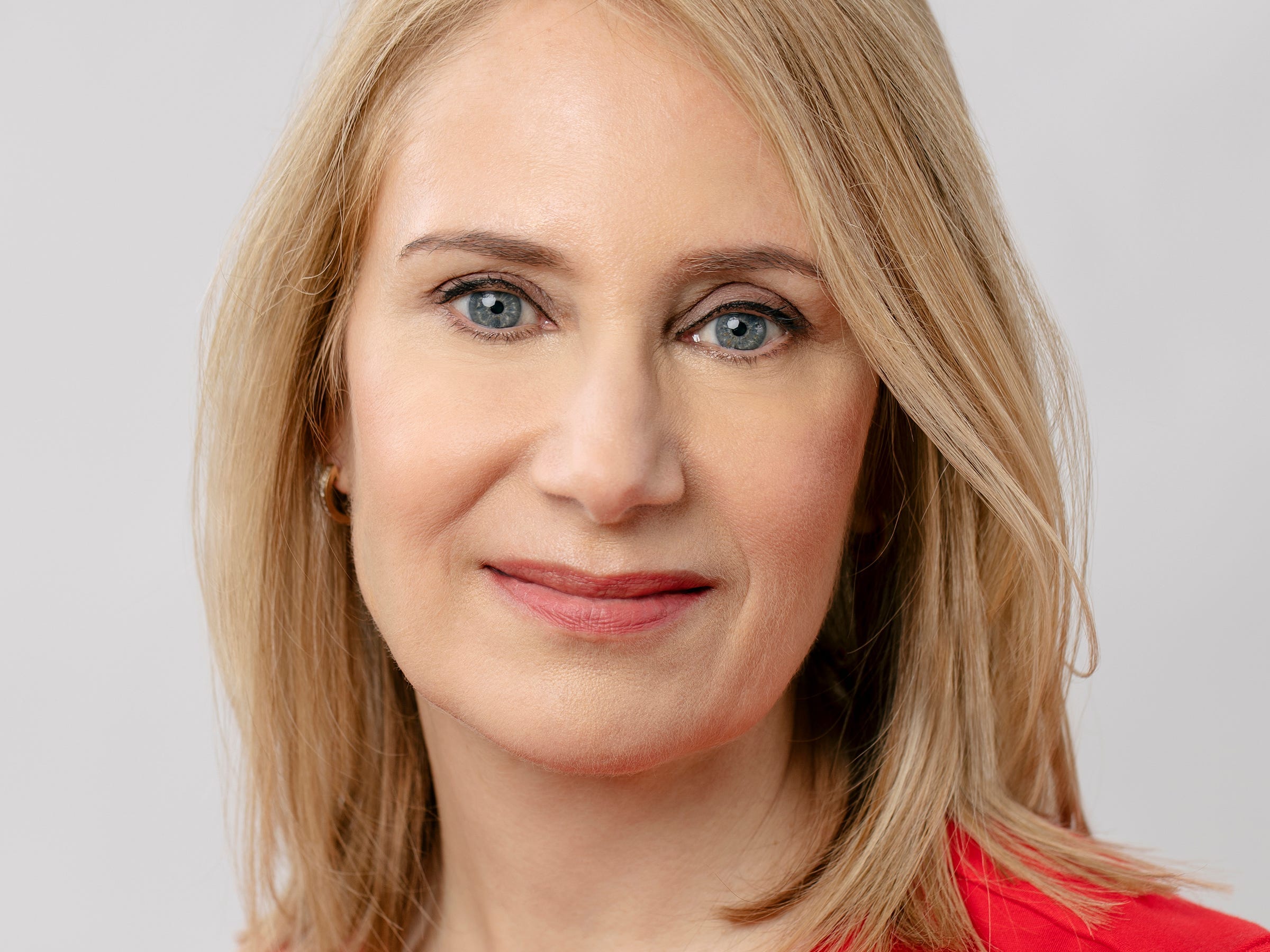 The events of January 6 may have ended Trump’s two-month quest to stay in office illegally, but they may also mark the start of a new danger for America.

Once unleashed from the White House, Trump will be free to act as an outside agitator and work freely with extremists within and outside of the Republican party to further destabilize American democracy.

Having researched how strongmen leaders from the fascists onward have destroyed democracies around the world, I immediately perceived the threat Trump’s lies, corruption, and incitements to violence presented to the health of our republic when he came into office.

That same expertise led me to forecast just after the election that Trump would not leave office quietly, but would engage in desperate measures to hold onto power.

The Capitol siege proves it’s finally time to take Trump and other politicians’ violent rhetoric both seriously and literally.

We should pay close attention to these attempts, which draw on anti-democratic actions across a century.

Given that hundreds of Republican politicians supported Trump’s attempts to hold onto power â€” some even after the January 6 assault â€” these dangerous actions could be normalized in the future. They could become part of the way the GOP conducts its business as a far-right party.

This is already how authoritarianism already operates under Russia’s Vladimir Putin and Turkey’s Recep Tayyip Erdogan â€” two leaders Trump admires. Election results that don’t go your way become just another piece of information to be denied and replaced with a fabrication that suits the false reality you need to maintain to stay in power.

Trump set a precedent in saying he won the election and then attempting to manipulate votes to make that claim “true.”

So let’s break down what he tried.

First, Trump evoked the age of military coups in exploring a military intervention â€” until General Mark Milley, chairman of the joint chiefs of staff, quashed that idea. Then he attempted to pull off the favourite 21st century despot trick of electoral manipulation, pressuring officials in Georgia to “find votes.” That didn’t work in this instance, but with the “right” players, the game could have had a different outcome.

Read more: Trump reportedly asked a Georgia elections investigator to ‘find the fraud’ in the 2020 election in lengthy phone call in December

Finally, Trump channeled early fascism in calling on the extremist paramilitary groups he’d played like a violin since he retweeted a neo-Nazi meme early in his presidential campaign. For four years, he has posed as “their man” to cultivate their loyalty. In calling militia, white supremacist, and other far-right groups to Washington DC to “stop the steal” and rescue him from defeat (by preventing the Electoral College from certifying Biden’s victory), I’m reminded of blackshirts and brownshirts who used violence to defend their leaders Benito Mussolini and Adolf Hitler (one insurgent wore a “Camp Auschwitz” T-shirt to make the link clear).

Once the January 6 assault on the halls of power began, Trump showed whose side he was on, letting the violence unfold even as Capitol Police were injured, some fatally. He delayed any call for insurgents to disperse until the destruction was tangible. It’s not surprising that some extremists seemed to have understood his January 7 speech as another version of the “stand back and stand by” comment he made to the Proud Boys at a September 2020 rally. In fact, plans are underway for a January 17 “armed march” on the Capitol and state houses around the country.

If such violent attacks on government buildings become our new reality, it will be a testament to Trump’s success in legitmising extremism and giving it a focus. The goal, going forward, could be to create chaos so that the Biden administration seems incapable of “keeping order,” thus clearing the way for Republicans to retake the White House in 2024.

Read more: Airbnb is cancelling and blocking all Washingon, DC reservations during the week of the inauguration

This endgame matters, because although it might be comforting to think of the insurgents who stormed the Capitol as outliers or kooks, investigations by the Associated Press and other outlets revealed that members of law enforcement and the military along with Republican donors and officials were among the participants. The danger to our republic is not just external to the “establishment,” but also comes from within our institutions.

Trump may be leaving office on January 20, but he will leave plenty of loyalists behind in positions of influence who can work with him over the next years to damage American democracy and create more support for some form of authoritarian governance.

Ruth Ben-Ghiat is an American historian and cultural critic, a scholar on fascism and authoritarian leaders, and a professor at New York University. A frequent political commentator, she writes for CNN and other news sites about fascism, authoritarian leaders, propaganda, and threats to democracy around the world and how to counter them. She’s the author of “Strongmen: From Mussolini to the Present.”