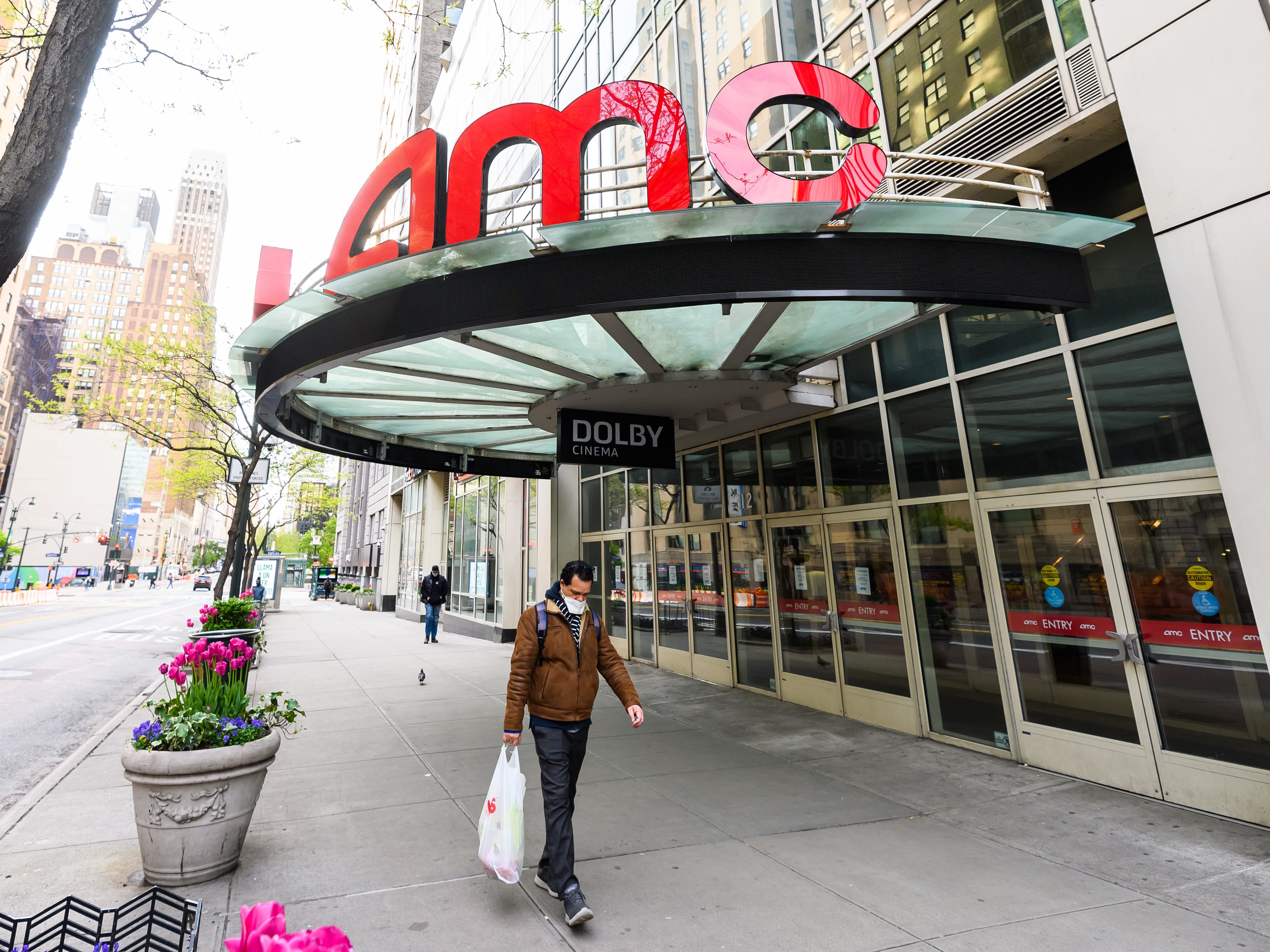 Noam Galai/Getty ImagesA view outside AMC 34th Street 14 movie theatre during the coronavirus pandemic on May 14, 2020 in New York City.

The pharmaceutical company Pfizer said that its vaccine had passed the final stage of clinical trials and was found to be more than 90% effective in preventing people from developing COVID-19. It’s a major milestone in the fight against the coronavirus pandemic.

Shares for AMC Theatres, the biggest theatre chain in world, were up 80% to $US4.45 a share on Monday. Cinemark Theatres shares were up more than 40%.

Disney shares were also up more than 10% on Monday following Pfizer’s vaccine news.

Movie theatres still have a long road to go, but this is a rare bit of good news for the theatrical industry, which has been devastated by the pandemic.

AMC and Cinemark are two major chains that remain open even when others like Regal and Cineworld have once again closed their doors in the US and UK.

AMC said last month that its unprecedented windowing deal with Universal Pictures “puts AMC in a position where we can open our theatres when others may feel the need to close.” AMC and Universal agreed in July to shorten the theatrical window from the typical 75 days to just 17 days, at which point Universal could make its movies available for digital rental. AMC will receive a portion of the revenue.

Universal is one of the few movie studios to still have releases on the theatrical calendar, including the upcoming Blumhouse thriller, “Freaky.”

The only tentpole movie still on the calendar this year is “Wonder Woman 1984” from Warner Bros. in December.

But for the most part, the calendar for the rest of the year is desolate, as studios have pushed major releases, like Disney’s “Black Widow” and Warner Bros.’ “Dune,” into next year.

Disney is even debuting its Pixar movie “Soul” on its streaming service Disney Plus on Christmas Day.