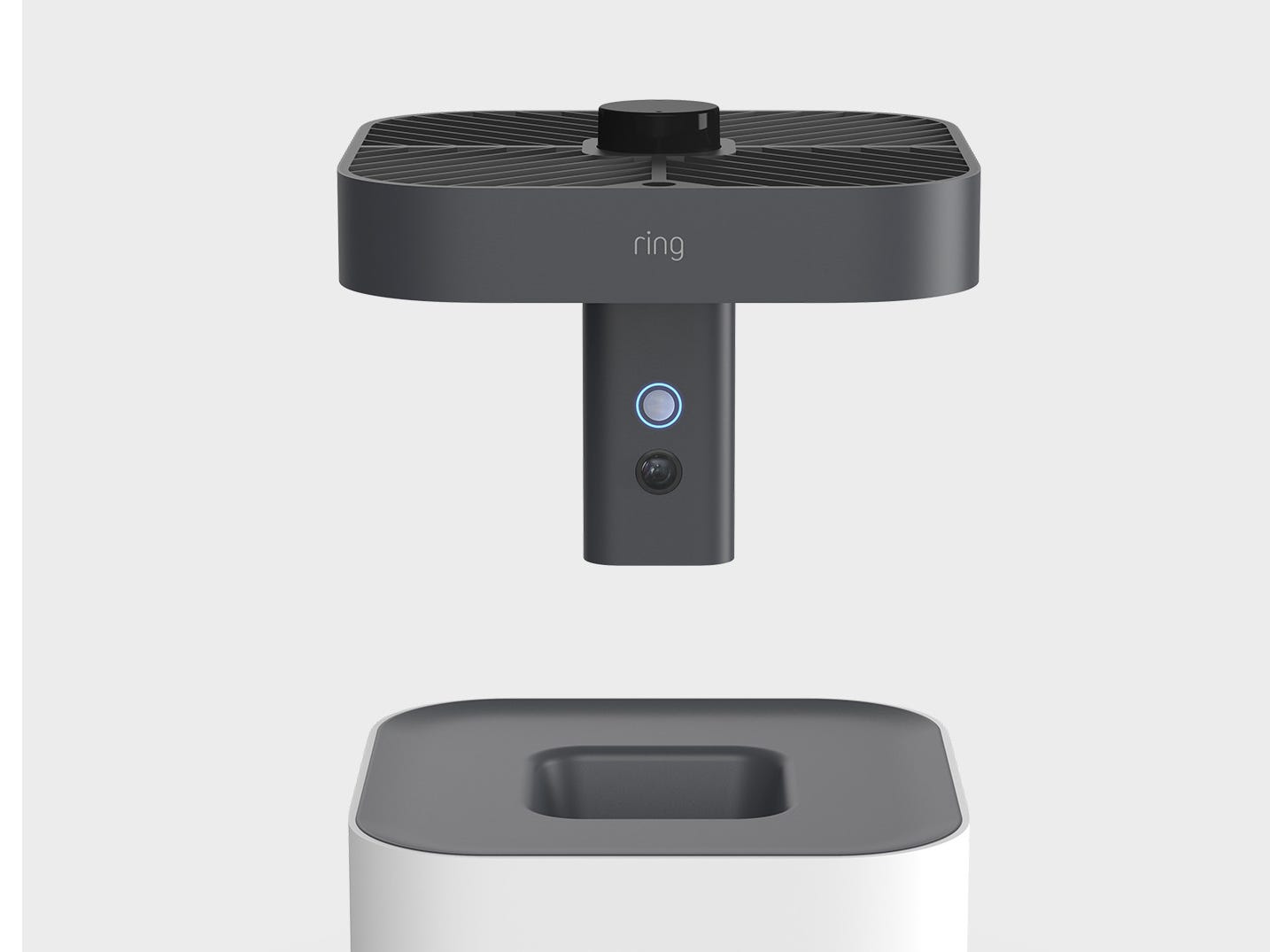 Amazon’s latest security wheeze â€” a miniature drone that flies around your home looking for burglars â€” has prompted horrified responses about the potential for increased Big Tech surveillance.

Amazon unveiled the Ring Always Home Cam on Thursday, a tiny drone that can fly around your home and check for disturbances.

The $US250 device sits inside the home in a cradle, and will launch itself if triggered by a paired Ring alarm. Ring alarms are supposed to respond to a wide range of emergencies such as break-ins and fires. The drone will then fly around according to a preset pathway, and stream live footage of what’s happening to the user’s phone.

Ever get a Ring Alarm alert and want to immediately see what's happening? The Ring Always Home Cam is here to help. This compact, lightweight, autonomously flying indoor camera gives even greater visibility when you’re not home. Learn more: https://t.co/A62pZUuYDa [US Only] pic.twitter.com/13cXKtEeSs

Imagery and footage of the drone launching itself from its base triggered some blowback online, both serious and tongue-in-cheek.

“The spy drone for your house run by megacorp is 100% from Black Mirror and also wasn’t supposed to be a fun product idea,”wrote one user.

The Internet of Shit Twitter account, which pokes fun at seemingly pointless connected devices, wrote: “An internet connected drone camera for your home, owned by Amazon. this definitely won’t be a privacy nightmare *at all*.”

And security expert and programmer Patricia Aas wrote simply: “Wtf is wrong with this industry?”

“It’s difficult to imagine why Amazon thinks anyone wants flying internet cameras linked up to a data-gathering company in the privacy of their own home,” said director Silkie Carlo in a statement. “It’s important to acknowledge the influence that Amazon’s product development is having on communities and the growing surveillance market.”

Amazon tried to allay privacy concerns about the drone following users round their houses by saying it was deliberately designed to be noisy so you can hear it coming â€” although it is only supposed to take off when its owner is out.

And as unnerving as an autonomous home camera drone undoubtedly is, another product unveiled on Thursday may be more troubling.

The new version of Amazon’s smart display screen, the Echo Show, can automatically swivel to follow its owners as they move around. 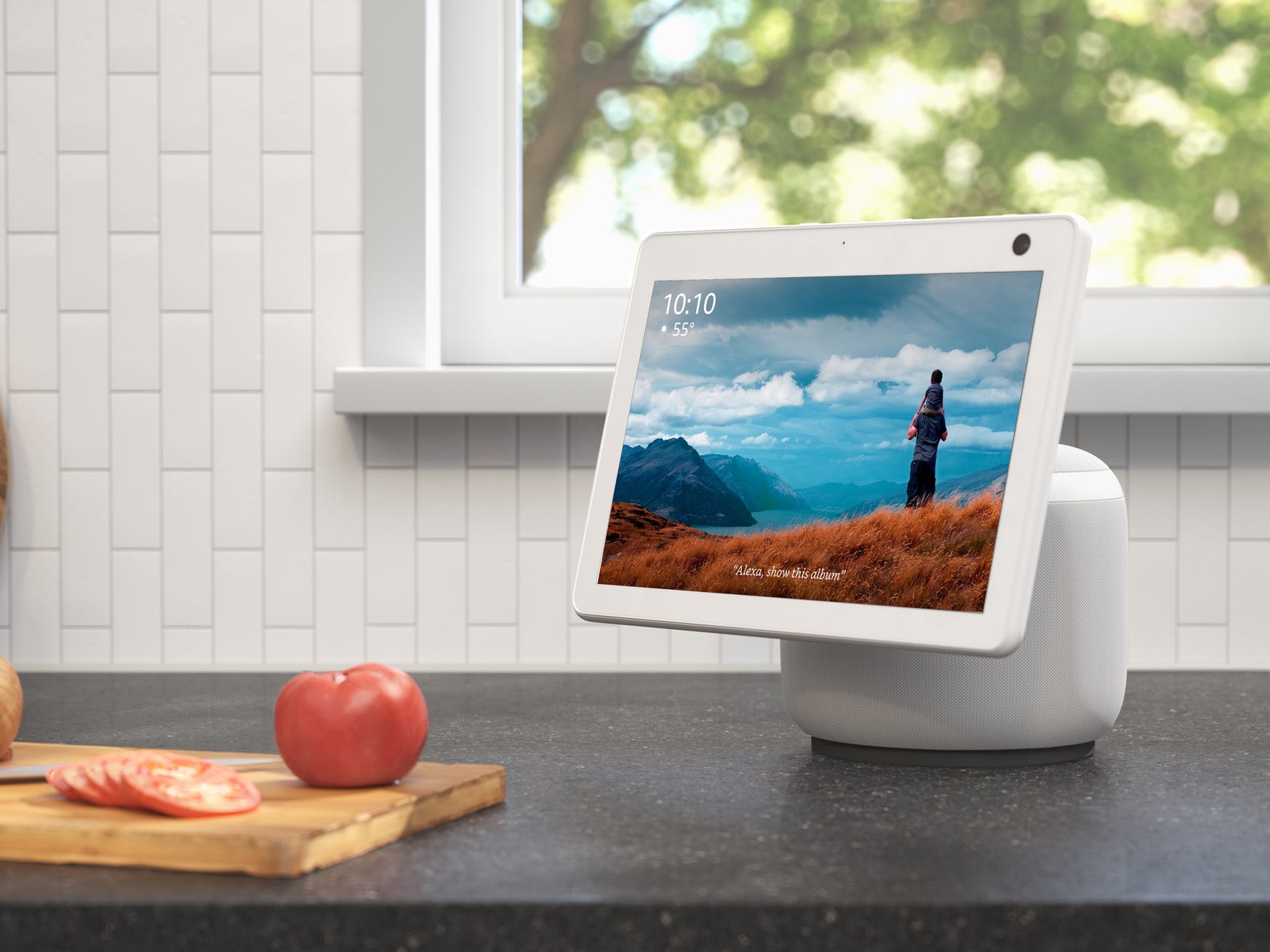 AmazonThe new Echo Show can swivel to follow a user during a video call.

Ben Wood, analyst at CCS Insight, said while the drone was “likely to be a magnet for privacy concerns”, it was better than devices like the Echo Show “which have a front-facing camera that is always exposed.”

In 2019 Amazon and other big tech firms were found admitted to sending snippets of audio captured by smart assistants like Alexa back to human moderators for review.

As reported by Bloomberg, the Alexa recordings included sensitive and intimate moments. The discovery sparked outrage from consumers who didn’t know their private conversations could end up in the hands of human reviewers.

Amazon’s made it possible for users to opt out of having these snippets sent back, but having those recordings sent off is still the default setting.

Ring, which Amazon bought for $US1 billion in 2018, is also already the subject of privacy concerns with or without the drone.

Ring has drawn public scrutiny both for its relationship with police departments and the overall security of its systems, which have been accessed by hackers.

In one instance a hacker took control of a camera in an 8-year-old girl’s bedroom and taunted her, saying he was Santa Claus.

Amazon addressed these concerns at its Thursday event, promising to strengthen Ring’s services with end-to-end encryption by the end of this year.

It’s also possible that worries about intrusive surveillance will be less of a concern for the Always Home Cam than the drone haplessly flying into things.

“Along with the usual privacy concerns, Amazon will also have to reassure users that the Always Home Cam won’t bump into things or people,” added CCS Insight’s Ben Wood. “The way you set it up, and the assumption that it will only operate when occupants are not in the home, will go a long way to address these concerns, but it will only be possible to really understand the device fully once you’ve had a chance to use it.”