Amazon said it lets warehouse workers wash their hands and miss quotas without being penalised. Workers suing the company say they were never told. 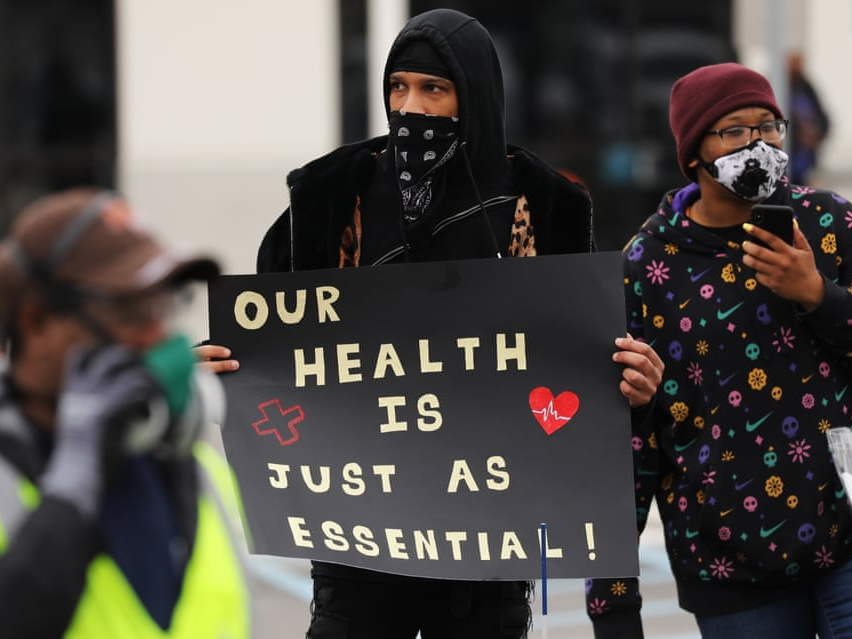 Amazon is arguing with warehouse workers in court over whether it told them they could step away from their stations and wash their hands without being penalised.

Three workers from Amazon’s JFK8 Staten Island warehouse filed a lawsuit against the company in June, alleging that lax safety measures around the coronavirus endangered their health.

One of the plaintiffs said she became infected with COVID-19 in March. Within a month her cousin died from COVID-19, according to the complaint.

There are now six workers suing the company as part of the suit, which broadly alleges the company didn’t do enough to protect workers from the spread of the virus inside the warehouse.

As part of its defence, Amazon claims that it relaxed rules about how much time workers could take away from their stations to wash their hands.

Bloomberg was first to report that Amazon is fighting over whether it communicated to workers that taking time to wash their hands would count as “time off task.”

“Time off task” (TOT) is Amazon’s term for when employees are away from their workstations outside of their allotted breaks.

If workers spend too much TOT managers can ask why they’re away from their stations and they can be reprimanded, a UK-based Amazon worker told Business Insider. It’s part of Amazon’s machinery to keep worker productivity high and make sure they hit their quotas, known as “rates.”

According to a letter submitted to the judge by Amazon’s lawyer Jason Schwarz, Amazon sent an email to workers at the Staten Island warehouse on Monday saying time spent hand-washing and performing other safety measures wouldn’t be counted as TOT, and that workers wouldn’t be penalised for not hitting their quotas. It also put up posters in the bathrooms.

Amazon’s lawyer said the policy had been in place since March but that it had re-sent the message “in an abundance of caution.”

The warehouse employees bringing the suit claim they were never informed of this policy.

“To date, no managers or supervisors at Amazon have notified me that Amazon has changed its rate and TOT productivity standards,” said Derrick Palmer, one of the plaintiffs who still works at JFK8, in a declaration filed Monday.

“I have continued to work as fast as I did before the outbreak of COVID-19, and I have continued to do things like rush back to my workstation following breaks or skip trips to the bathroom to wash my hands, in order to keep my rate up and to limit my TOT,” he said.

Palmer said part of his job entails keeping track of how other workers are using their TOT. He said he was not told by his supervisor that hand-washing has any sort of special dispensation.

Palmer’s “rate” refers to how many items he’s expected to process in an hour. “Amazon managers are still writing rates on the whiteboards in the stand-up areas, just like they did before the pandemic,” Palmer added.

A UK-based Amazon worker who spoke to Business Insider, who recently underwent orientation at their warehouse, said they have received no communication about hand-washing being exempt from TOT.

JFK8 Staten Island is the same warehouse which fired worker Christian Smalls after he organised an employee protest against working conditions.

Amazon claims it fired Smalls for breaking quarantine measures, although lawmakers have questioned this version of events.