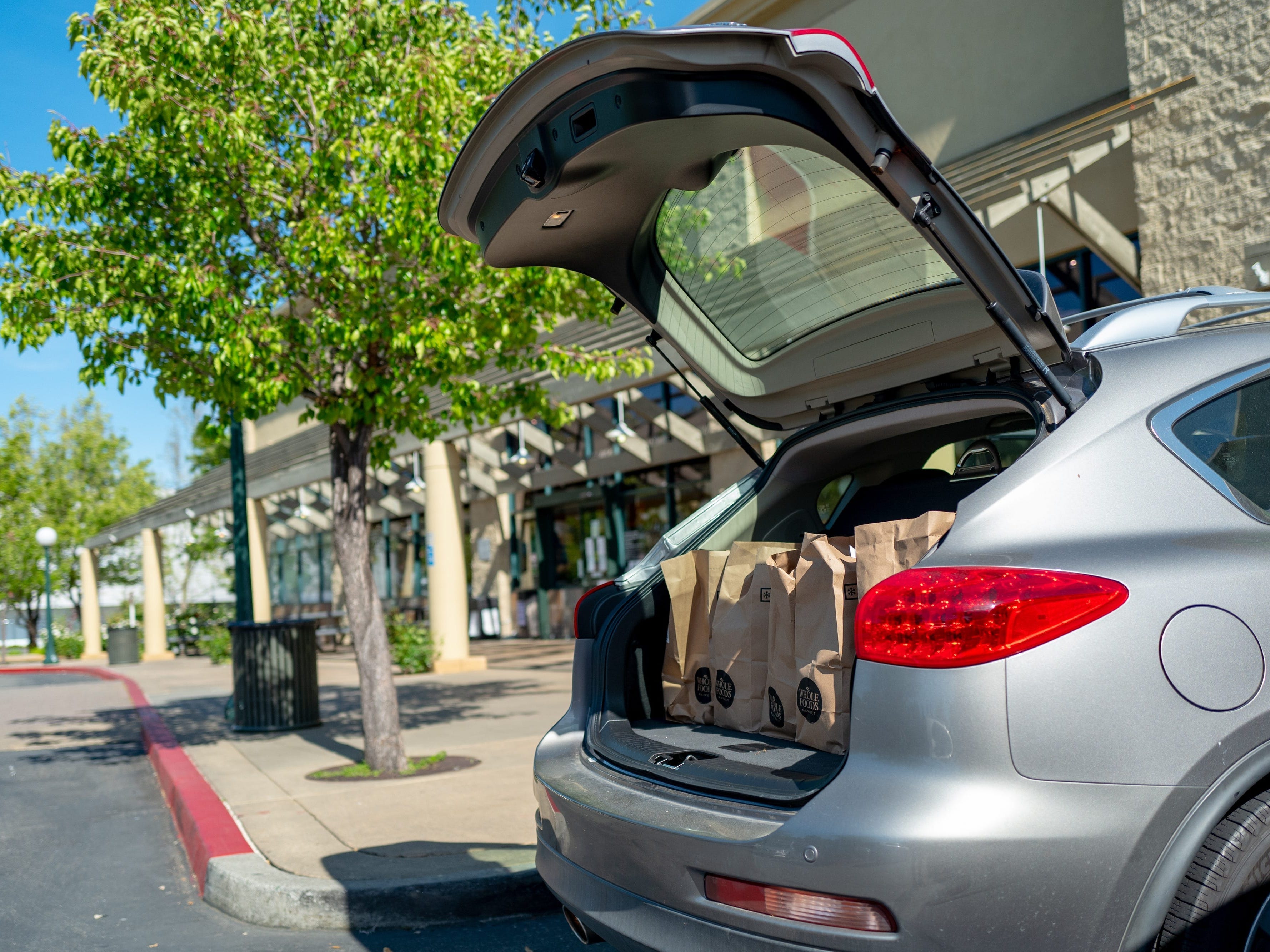 Amazon Prime members can now get free one-hour grocery pickup at all 487 Whole Foods stores in the US, the e-commerce giant announced Wednesday.

The service is available on orders of $US35 or higher.

Customers place their orders online and collect them curbside contact-free.

Previously, free Whole Foods pickup was only available for Prime Members at about 150 stores.

Customers ordering less than $US35 of groceries, or collecting their order less than an hour after placing it, will have to pay a pickup fee.

Contactless delivery options have become increasingly popular during the pandemic, and one survey showed that one in three Americans would happily never set foot in a store again.

This is having an impact on footfall at Whole Foods. The grocery chain had 21% fewer visitors across its stores on October 4 compared to the same day last year, according to data by placer.ai.

After first launching grocery pickup at Whole Foods stores in 2018, Amazon ramped it up during the pandemic. Between March and April, it expanded the service from around 80 stores to more than 150. As of Wednesday, it’s available at every store in the country.

The same month, Whole Foods also opened its first online-only grocery store in New York, which operates like a warehouse, after trialing it earlier in the pandemic.

The store isn’t open to the public â€” instead, it is used by employees at Amazon to prepare Whole Foods orders for Prime deliveries.

Amazon reported in July that its online grocery sales tripled year-over-year for the second quarter, and it tripled the number of its grocery pickup locations.

Earlier this month, it announced that Amazon Fresh and Whole Foods shoppers will be able to reserve a virtual spot in line when there’s a surge in delivery demand at its busiest locations. If there are no delivery slots available when a customer goes to place their order, they will be notified when one becomes available.