Inside Amazon's "whirlwind courtship" of Whole Foods, as told by the grocery chain's founder John Mackey 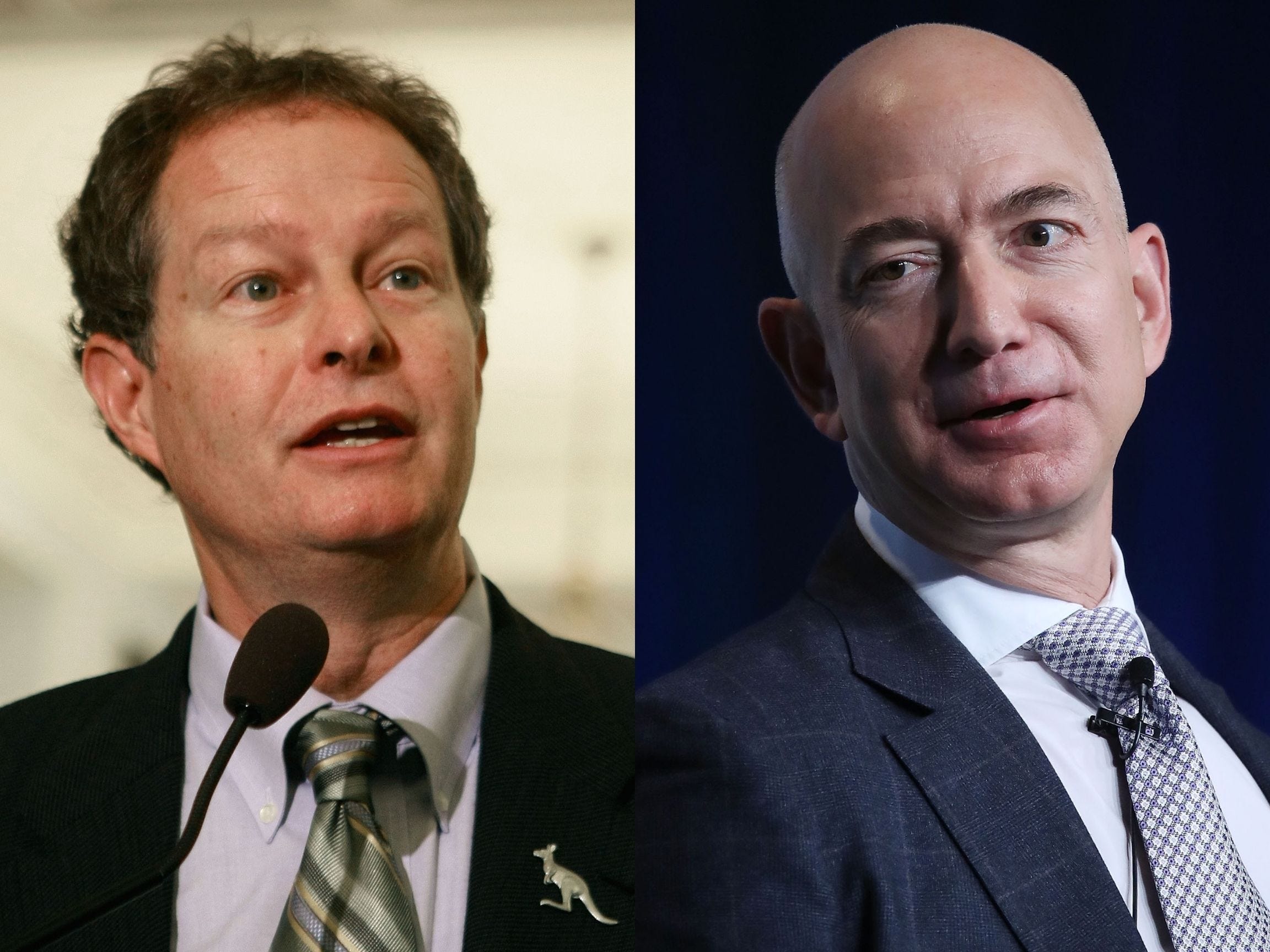 Mark Wilson/Getty ImagesWhole Foods Market CEO John Mackey described waking up one morning and thinking, ‘what about Amazon? Is there a chance they might be interested?’

Locked in a battle for the soul of his grocery chain, Whole Foods Market founder and CEO John Mackey awoke one morning in 2017 with a single question on his mind: “What about Amazon?”

In his new book “Conscious Leadership,” Mackey described the “whirlwind courtship” that precipitated his company’s estimated $US13.7 billion sale to Amazon. With many Whole Foods Market employees and customers complaining about the changes brought about by the chain’s e-commerce parent company, the grocery CEO’s account provides more insight into the decision-making that went into the 2017 acquisition that shook the retail world.

Mackey wrote about when he first heard of New York-based JANA Partners’ decision to buy 8.8% of the grocery chain’s stock on March 29, 2017. The hedge fund, however, wanted “launch a campaign against Whole Foods.”

According to Mackey, when he discovered that JANA Partners intended to convince Whole Foods to push out its board of directors and sell the business to the highest bidder as a means of “maximizing short term profits,” he felt as if “all the sunlight and bright possibility had been sucked out of my world.” Mackey had long been disturbed by the fact that his company’s “remarkable track record of growth wasn’t enough for Wall Street.”

Mackey wrote that he felt his company was facing an “existential crisis.” A takeover by activist investors, in Mackey’s opinion, could mean sacrificing the grocer’s unique corporate culture and values.

“I had some dark moments when I truly feared that so much of what we had built could be lost,” Mackey wrote.

A decision to take the grocery chain private after 25 years as a publicly-traded company could result in bankruptcy. Dragging Whole Foods into a media squabble with JANA Partners could fail and also become costly.

Instead, Mackey said he and his team began wrestling with the idea of a preemptive sale: “If we were to be sold, is there a buyer that we’d particularly prefer?”

Whole Foods heard from Warren Buffett that he wasn’t interested in purchasing the company. Grocery giant Albertsons wasn’t either.

The idea of approaching Amazon founder and CEO Jeff Bezos came to Mackey that spring, after a “restless” night. The Whole Foods founder wrote that he found Bezos to be “brilliant and authentic” with an “entrepreneurial spirit.” He thought that Amazon might even “help upgrade Whole Foods” with its e-commerce expertise.

What happened next, Mackey described as the business world’s version of “love at first sight.”

The Whole Foods CEO and his three top executives met with Bezos and his team at his Seattle boat house. The meeting â€” on April 30, 2017 â€” ended up lasting three hours, as the executives discussed “all the amazing things we could do together.”

Four days later, 10 Amazon executives descended on Whole Foods Market’s headquarters in Austin to delve into the details of a potential acquisition. And that was just the start of what Mackey called a “whirlwind courtship.”

“We moved from dating to engagement to marriage in just a few short months,” he wrote.

The companies entered into a formal agreement on June 15, 2017. After getting the go-ahead from the government, the arrangement was finalised on August 28 of that year.

Mackey wrote that while “with any marriage there are challenges,” Amazon’s purchase of Whole Foods has proven to be a “win-win-win solution” for the brand’s customers, employees, and other stakeholders. He wrote that Amazon’s Prime Now services are “revolutionising our business” and the e-commerce giant is ensuring “richer and more seamless” shopping experience at the grocery chain.

Meanwhile, the acquisition has also helped safeguard the “unique culture at Whole Foods” and shelter the brand from Wall Street expectations.

“I truly believe the Amazon merger was the best alternative for Whole Foods and the ideal win-win-win solution to the problems we faced with shareholder activists and new competitive challenges,” Mackey wrote.