Amazon has become a major player in the TV market, spending an estimated $US4.5 billion on video in 2017.

And according to Amazon’s star showrunner Jill Soloway, the internet giant has a different way of making shows compared to a traditional network.

“They have a very different style than most networks,” Soloway, who has created “Transparent” and “I Love Dick” for Amazon, said at the Code Conference. “And I don’t really know how things work at Netflix, I’d imagine it’s a little bit the same. Because they are using these disruptive technologies, they don’t really have the same tradition of ‘let’s put a stop to things at the outline stage, at the script stage.’ They don’t weigh in over and over again.”

In short: Amazon is pretty hands-off. Soloway said that in 10 years of developing shows for networks, she did a lot of “political rewriting” to please various people involved in the show. Then, slowly but surely, everything turned into something she didn’t believe in. “Your vision kind of gets dissipated,” she said. “None of it happened at Amazon.”

That’s not to say Soloway didn’t have conversations with Amazon execs. They talked about things like broad story arcs, she said. But they weren’t micromanaging a “period instead of a comma.” Soloway attributed it, partially, to Amazon’s ethos — its leadership principles — and how it deals with all “suppliers.”

In May, Soloway signed a three-year extension of her overall deal with Amazon, according to Variety.

JPMorgan has estimated that Amazon will spend $US4.5 billion on video in 2017. While this would still sit below Netflix’s $US6 billion content budget for 2017, it would mean a big step up for Amazon. For reference, HBO spent around $US2 billion on programming in 2016, and while Time Warner CEO Jeff Bewkes said that budget would rise a bit this year, he characterised the 2017 HBO programming budget as a “couple of billion dollars” in December.

In December, Amazon took Prime Video global by launching in over 200 countries. At the same time, Amazon has beefed up its originals, paying a reported $US250 million for “The Grand Tour,” its blockbuster car show from the “Top Gear” team. “The Grand Tour” and “The Man in the High Castle” are Amazon’s two most popular shows in most countries, Amazon Studios boss Roy Price revealed in April.

Price characterised Amazon’s video focus as “the crème de la crème,” its blockbuster shows. The “actual shows people are talking about,” he said.

NOW WATCH: Fierljeppen is a bizarre Dutch sport where people vault over waterways with a giant pole 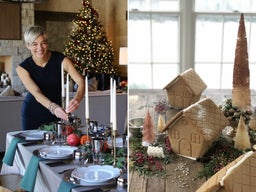