Amazon takes a page out of Trump's playbook, accusing critics of spreading 'alternative facts' and picking fights with politicians on Twitter 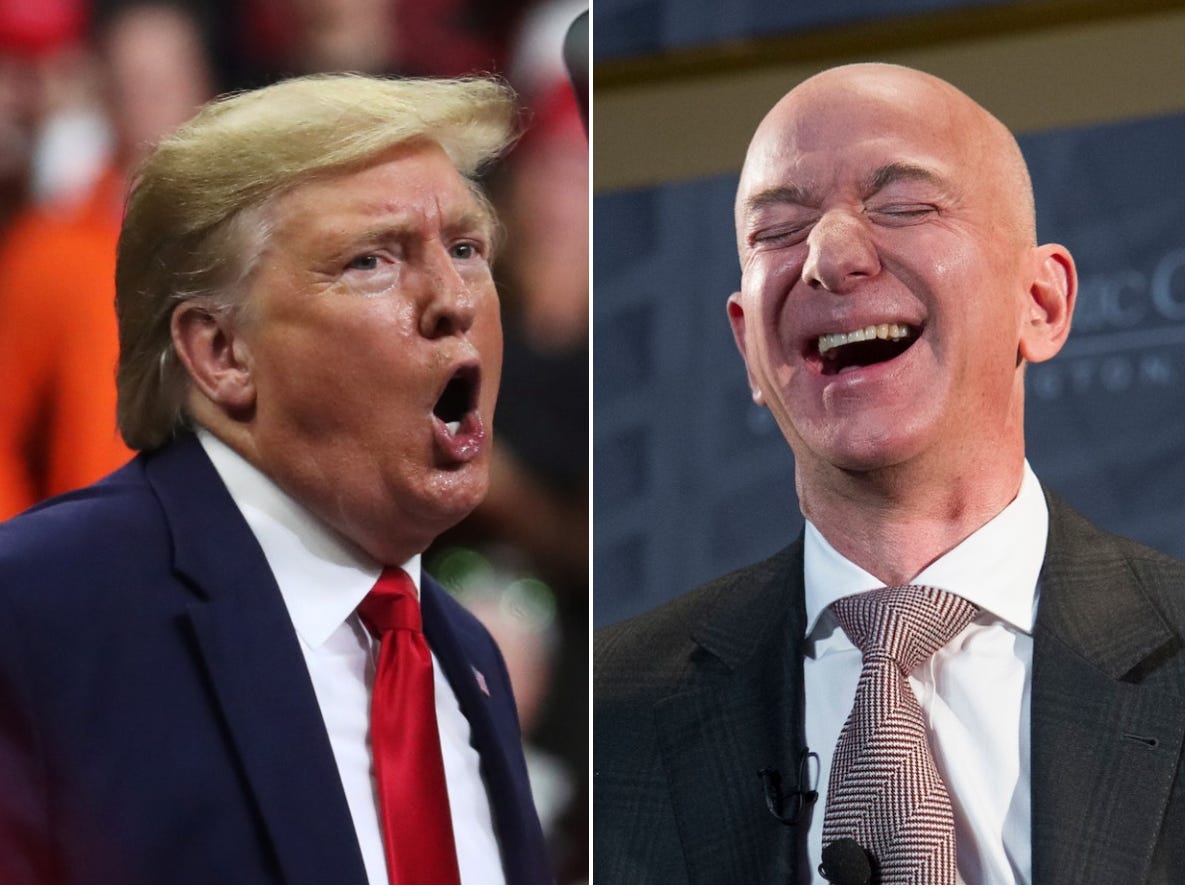 Amazon is taking a page out of President Donald Trump’s playbook with its recent public-relations strategy as the company attempts to stomp out an attempt by its workers to unionize.

“Stuart Appelbaum, Chief Disinformation Officer of RWDSU, in an attempt to save his long declining union, is taking alternative facts to a whole new level,” an Amazon representative said on Friday in a statement to CNN’s Sara Ashley O’Brien. The statement O’Brien posted on Twitter said it was from Max Gleber, an Amazon spokesperson.

Amazon confirmed the veracity of the statement to Insider but said it “should have been attributed to Drew Herdener, Amazon’s Vice President for Worldwide Communications. Please feel free to use his statement in your article attributed to him.”

Its workers in Bessemer, Alabama, are in the process of voting to join the Retail, Wholesale and Department Store Union (RWDSU). Amazon has been described as aggressively anti-union and has highlighted worker benefits such as its minimum wage of $US15 ($20) an hour.

“Alternative facts” is a phrase made famous by the Trump advisor Kellyanne Conway in 2017, when she told “Meet the Press” that “Sean Spicer, our press secretary, gave alternative facts.” Trump, meanwhile, is known for accusing critics of spreading “fake news.”

Amazon has been mirroring Trump’s press strategy in other ways, such as by criticizing a number of progressive politicians on Twitter.

The company has been sparring with Sen. Elizabeth Warren for multiple days.

“One of the most powerful politicians in the United States just said she’s going to break up an American company so that they can’t criticize her anymore,” Amazon tweeted on Friday.

Warren previously hit back at Amazon after it said she made tax policies it followed, tweeting in part that she would fight “to break up Big Tech so you’re not powerful enough to heckle senators with snotty tweets.”

Amazon also picked a fight with Sen. Bernie Sanders, which culminated with Dave Clark, who serves as CEO of worldwide consumer at Amazon, tweeting that Sanders should “save his finger wagging lecture until after he actually delivers in his own backyard.”

Earlier in the week, Clark said in a statement to Insider: “I often say we are the Bernie Sanders of employers, but that’s not quite right because we actually deliver a progressive workplace for our constituents: a $US15 ($20) minimum wage, health care from day one, career progression, and a safe and inclusive work environment.”

In a third Twitter spat, Amazon faced off against Democratic Rep. Mark Pocan. Pocan had tweeted: “Paying workers $US15 ($20)/hr doesn’t make you a ‘progressive workplace’ when you union-bust & make workers urinate in water bottles.”

“You don’t really believe the peeing in bottles thing, do you? If that were true, nobody would work for us,” Amazon replied.

Eight Amazon drivers told Insider this week that they had peed in bottles while delivering packages because of the company’s strict time limits. Some drivers said they had also pooped in bags, while one said she struggled to find time or space to change her menstrual pads while working.

Amazon did not respond to multiple request for comment on workers urinating in bottles, which drivers described as a common practice. The company declined to comment on its criticism of politicians on Twitter or its use of the phrase “alternative facts” in a statement beyond correcting the representative’s name.

Celine McNicholas, the director of government affairs at the Economic Policy Institute, told Insider Amazon likely denied the “pee bottle thing” in an effort to be seen as a progressive employer amid the Alabama union drive.

“I think it is probably the only play that they have – to say this is not the reality,” McNicholas said. “Because the reality is shameful and disgusting.”