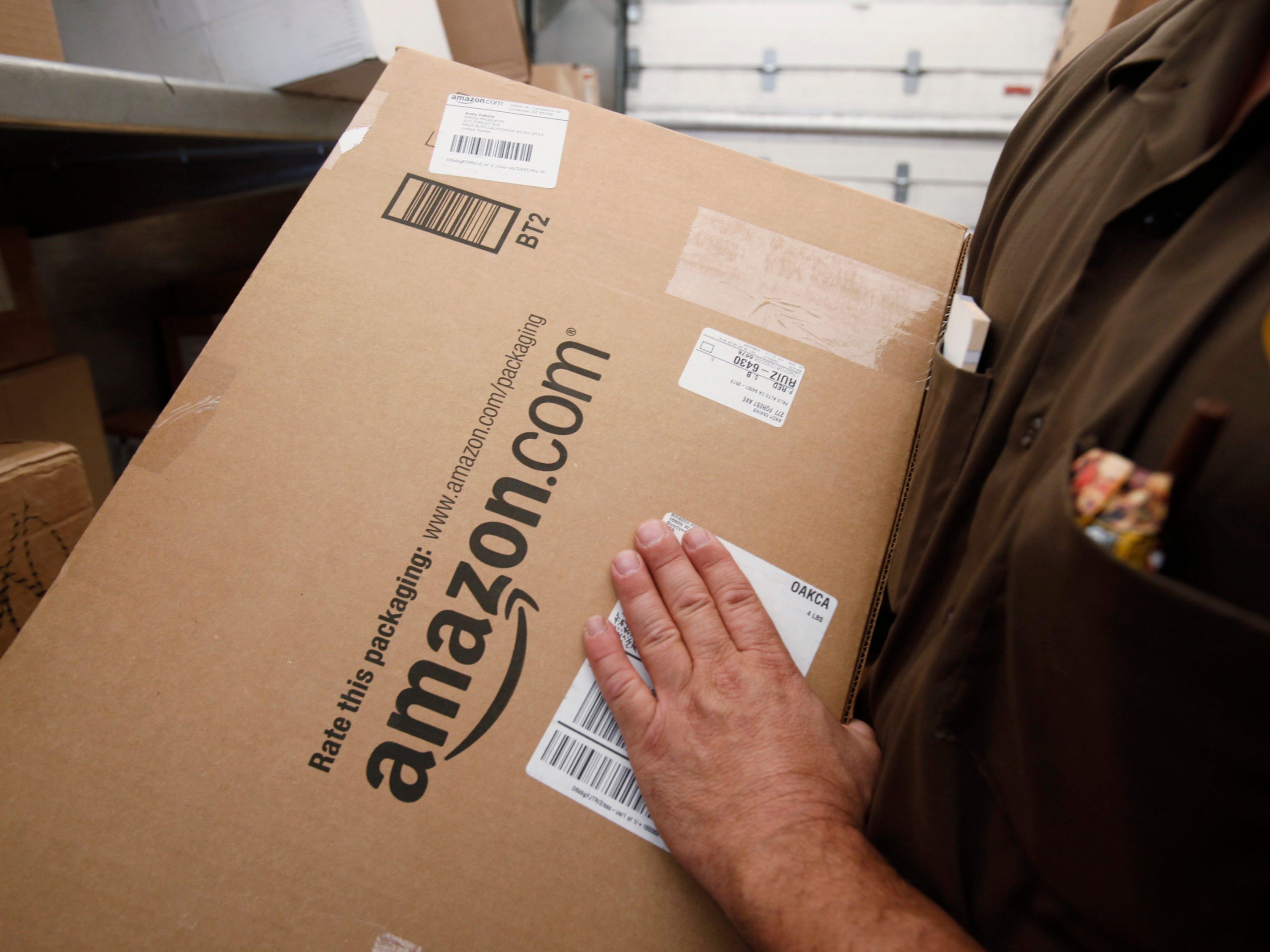 Amazon has filed a lawsuit against two social media influencers, claiming they knowingly hawked counterfeit products on their Instagram, TikTok, and Facebook accounts.

The suit, which was filed Thursday in the US District Court for the Western District of Washington, accuses influencers Kelly Fitzpatrick and Sabrina Kelly-Krejci of working with 11 other individuals or businesses to list and promote fake luxury items sold on Amazon.

Amazon says Fitzpatrick and Kelly-Krejci took part in a scheme where they promoted what they called “dupes,” where a product is meant to look similar to a designer item without infringing on trademarks or copyrights. But in this case, the products were actually designer knock-offs sold by third-party Amazon sellers who concealed them in product listings.

While the product pages on Amazon would be for a seemingly benign item, like a generic wallet, Fitzpatrick and Kelly-Krejci would reveal to their followers on Instagram or TikTok what they were actually buying when they purchased from the seller â€” items like a counterfeit Gucci belt, purse, or wallet.

Amazon described it as an “order this/get this” scheme and a coordinated effort to evade the company’s anti-counterfeit protections. 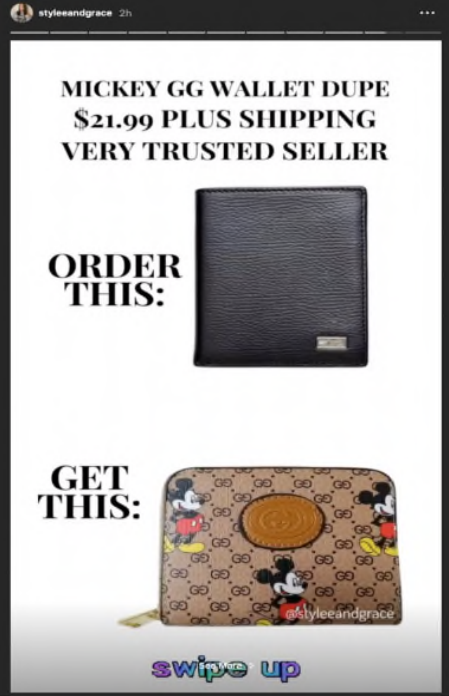 styleeandgrace/InstagramAn example of one of the products Fitzpatrick promoted on her Instagram story included in the lawsuit.

Both Fitzpatrick and Kelly-Krejci were formerly members of Amazon’s influencer marketing program but were removed from the program after the company discovered they were peddling counterfeit items, Amazon said. Both women have had their social media accounts shut down in the past for promoting counterfeit goods and have started new accounts with similar handles, according to the suit.

In Fitzpatrick’s case, Amazon alleges that she had a “close business relationship” with the counterfeit sellers listed in the suit, and that several of them used her Long Island home address on their Amazon seller accounts.

Amazon is seeking a court order banning the Fitzpatrick, Kelly-Krejci, and the sellers named in the suit from selling products on Amazon, opening Amazon vendor accounts, linking to products on an Amazon store, or aiding other people in conducting similar schemes.

Additionally, Amazon is asking that Fitzpatrick and Kelly-Krejci pay damages the company may have sustained from their actions, as well as Amazon’s legal fees.

Amazon has been waging war against counterfeit products on its platform for several years. In June, the company launched a Counterfeit Crimes Unit charged with investigating dupes on its platform and bringing legal action against the perpetrators. The counterfeit issue reached a point late last year that Nike stopped selling on Amazon, citing a desire to focus on “elevating consumer experiences through more direct, personal relationships.” Prior to that, Birkenstock stopped selling its shoes on the platform, with its CEO accusing Amazon of “modern-day piracy.”

The Trump administration earlier this year placed Amazon on its list of “notorious markets” over its counterfeit problem, which Amazon said was a result of President Donald Trump’s personal vendetta against Amazon and its CEO, Jeff Bezos.