Shares of Amazon fell more than 4% Monday after Trump doubled down on his Twitter war against the e-commerce giant.

“Only fools, or worse, are saying that our money losing Post Office makes money with Amazon,” he tweeted early Monday. “THEY LOSE A FORTUNE, and this will be changed. Also, our fully tax paying retailers are closing stores all over the country…not a level playing field!”

Since the President began his most recent multi-day tirade against Amazon on Friday, the company’s book value has declined by $US27.38 billion.

The tweet is the third time in the past week that the president has taken aim at Amazon. The Twitter attacks come after a report from news website Axios said Trump is “obsessed” with the company and its CEO Jeff Bezos, who also owns the Washington Post. The Post often takes a critical tone towards the Trump administration, and Trump frequently claims it, among other outlets, is “fake news.”

According to reports last week, Trump is exploring ways to change the retailer’s tax treatment or hit it with antitrust action. Analysts say Trump could also try and prevent the Department of Defence from signing a lucrative contract with Amazon’s Amazon Web Services platform as a way to go after the firm.

The White House also said last week that the president does not currently have a plan to go after Amazon but wants to create a “level paying field” for all US businesses.

Numbers crunched by Vox in December – the last time Trump tweeted about Amazon – show parcel revenue increased $US2.1 billion during fiscal year 2017 for the Postal Service. Still, the post office is a money-losing business, posting a net loss of $US2.7 billion last year.

Shares of Amazon have lost more than 9% in the past week. 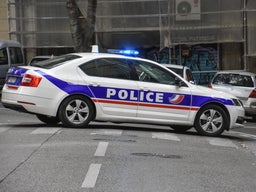 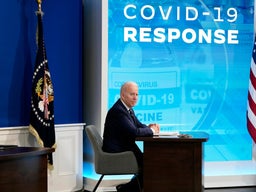