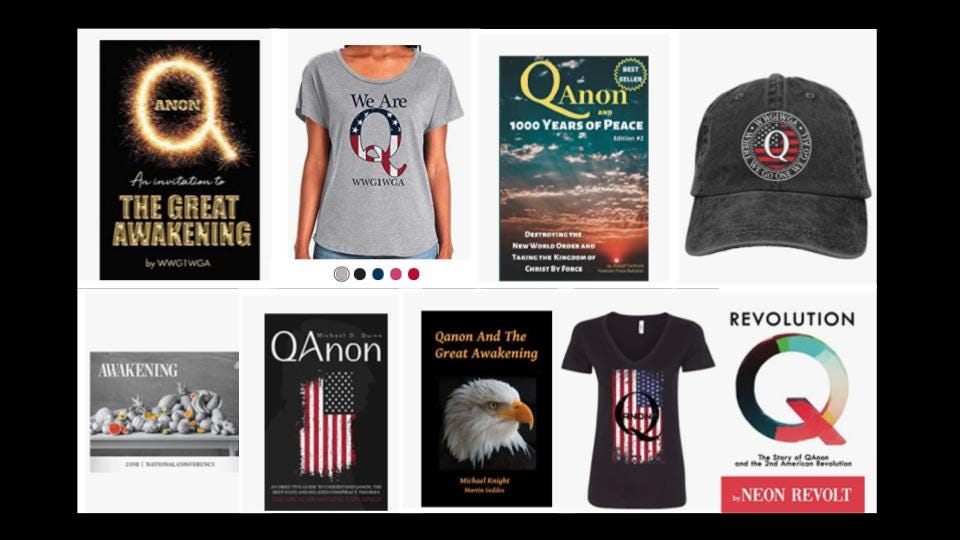 Amazon is still offering more than 1,000 items related to the QAnon conspiracy theory, despite bans from companies like Etsy, Peloton, and Facebook.

QAnon, a baseless far-right conspiracy theory that claims President Donald Trump is secretly fighting a “deep state” cabal of human traffickers, has continued to spread rapidly on digital platforms even after many have made public moves against the movement. QAnon has been linked to several crimes and a 2019 FBI report referred to the movement as a potential domestic terrorism threat.

Last week, the e-commerce site Etsy confirmed to Insider it would no longer allow QAnon-related merchandise on its retail platform after it became popular for conspiracy theorists looking to buy stickers, apparel, mugs, and other QAnon goods.

But Amazon, which is currently home to more than 1,000 QAnon-related items offered by third-party sellers, has not yet followed suit. An Amazon spokesperson declined to comment when asked by Insider whether the company would ban merchandise related to the conspiracy theory movement.

Amazon has faced criticism in the past for selling items associated with hate, including items emblazoned white-supremacist symbols and images of burning rainbow flags.

Many items include just the letter “Q” with American flag designs, as well as the movement’s slogan, “Where we go one, we go all,” or “WWG1WGA.”

By Insider’s count on Tuesday, there are at least 17 books about QAnon for sale from third-party sellers on Amazon. These books appear to embrace the theory and explain its intricacies rather than debunk or critically anazlyze it as a conspiracy theory.

Most of the books have fewer than 100 reviews, but two of them have racked up thousands. “QAnon: An Invitation to the Great Awakening,” published by a company called Relentlessly Creative Books that publishes other QAnon and pro-Trump books, has a 4.5 star average of 2,220 ratings.

Amazon flagged the book for its “Great on Kindle” program, offering a $US1 credit on a subsequent Kindle purchase for an account that buys the Kindle version of the book. 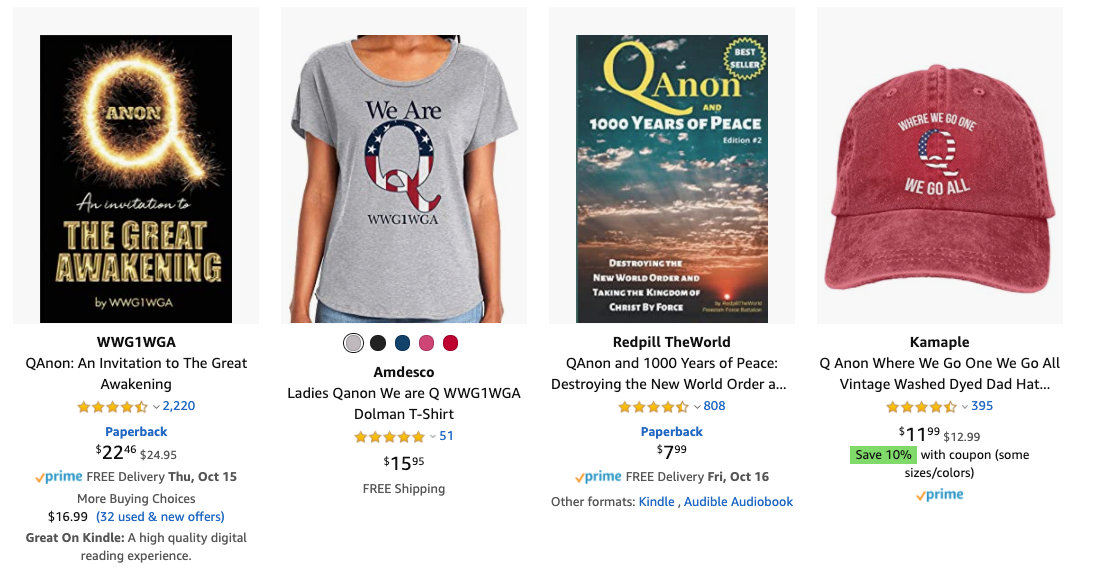 Some reviewers of the book appear to openly promote the QAnon conspiracy theory. One March 2019 reviewer wrote, “Every person that is awakened by this book and this movement, strengthens our fight against the evil ones that wanted to take over our world.” Some 325 people flagged that review as “helpful.”

Most of the recent reviews, however, are from people disavowing and debunking the movement. An October 8 review said that falling for the theory is “bad for you,” and an October 1 review called the book “gross.”

On October 6, Facebook announced its biggest move against QAnon yet, banning communications related to the movement on all of its platforms. Twitter announced in July it would have stricter enforcement of policies against the conspiracy theory. TikTok has also made efforts to rid QAnon from its platform. 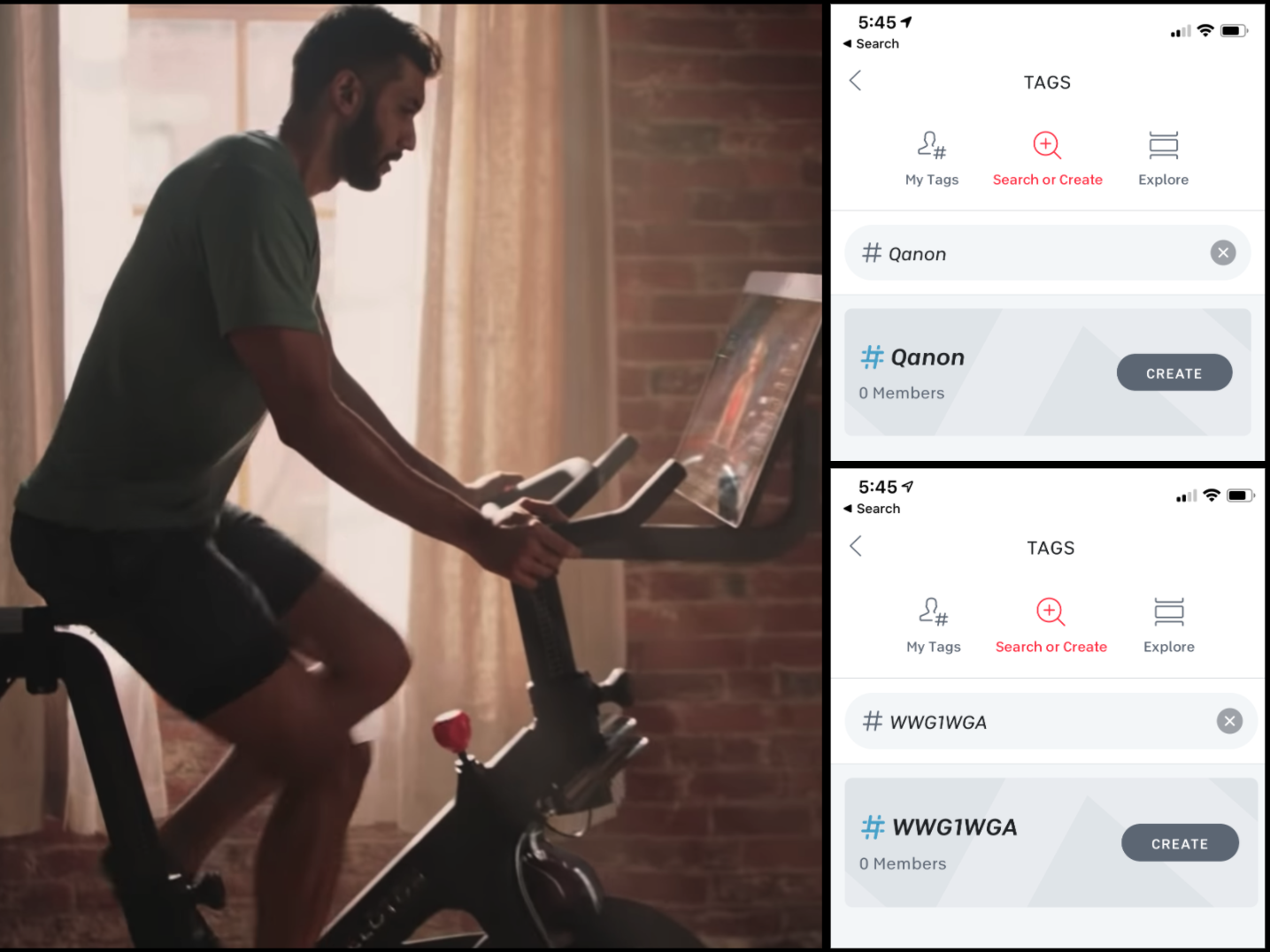 But Amazon is not alone in its delayed response.

YouTube CEO Susan Wojcicki said in a CNN interview on Monday that the platform was not announcing a strict ban on QAnon. Triller majority owner Ryan Kavanaugh told The New York Times the app wouldn’t ban QAnon because “if it’s not illegal, if it’s not unethical, it doesn’t harm a group, and it’s not against our terms of service, we’re not going to filter or ban it.”