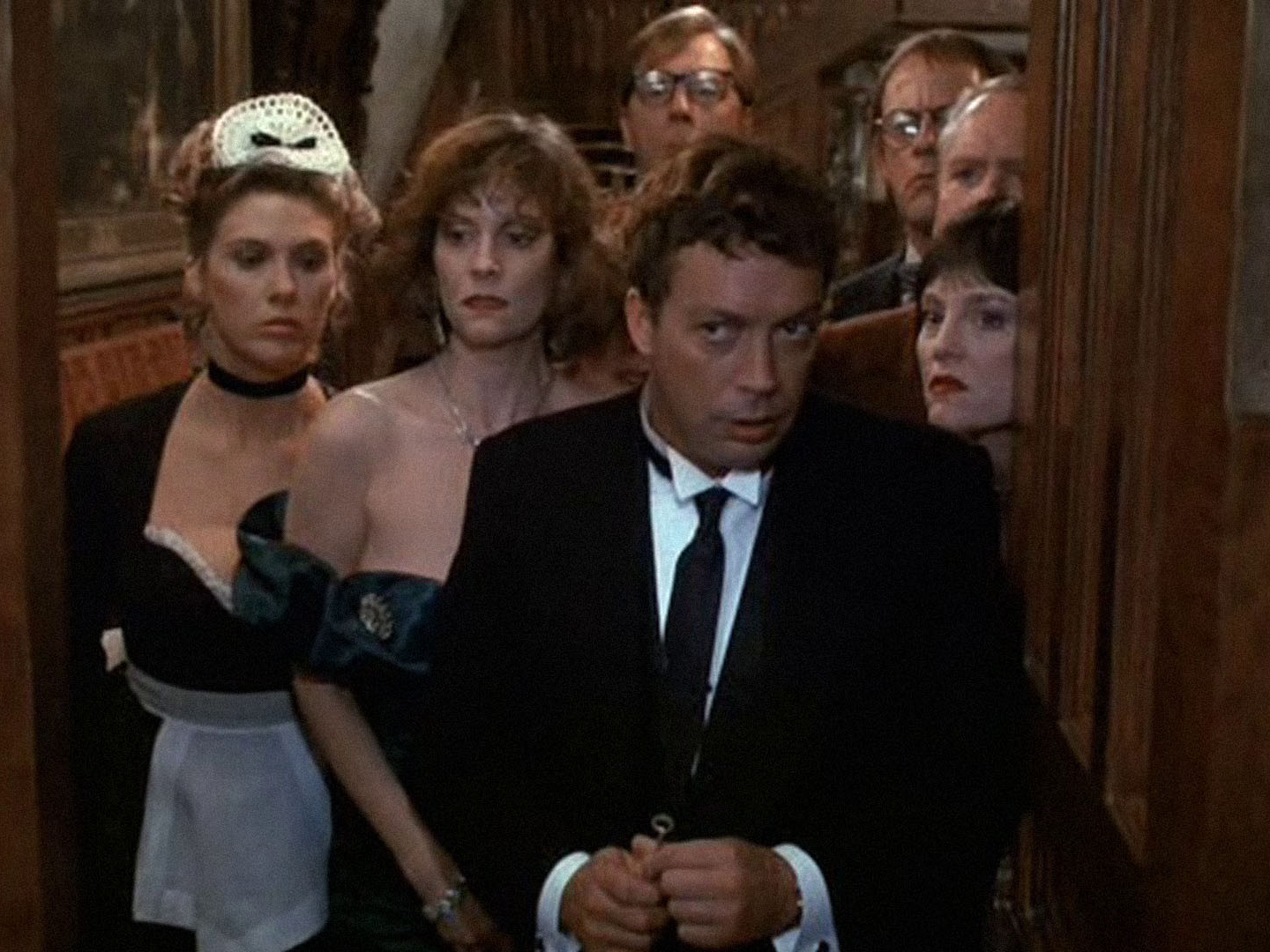 If you’re an Amazon Prime member, you’re likely aware of the popular offerings on Amazon Prime Video like “Fleabag” or “The Marvellous Mrs. Maisel.” But there’s a large selection of new and classic movies you can stream, too.

Insider has compiled a list of our favourite hidden gems currently in the site’s streaming library.

Here are 19 underrated movies you can stream on Amazon Prime Video right now.

Note: Numerous Amazon Prime Video titles drop off the service monthly, so the availability of movies below may change.

Insider has many movie and TV show lists to keep you occupied.

You can read them all here.

The 2018 Chinese crime drama “Ash Is Purest White” tracks the long-term romance between a mobster couple. 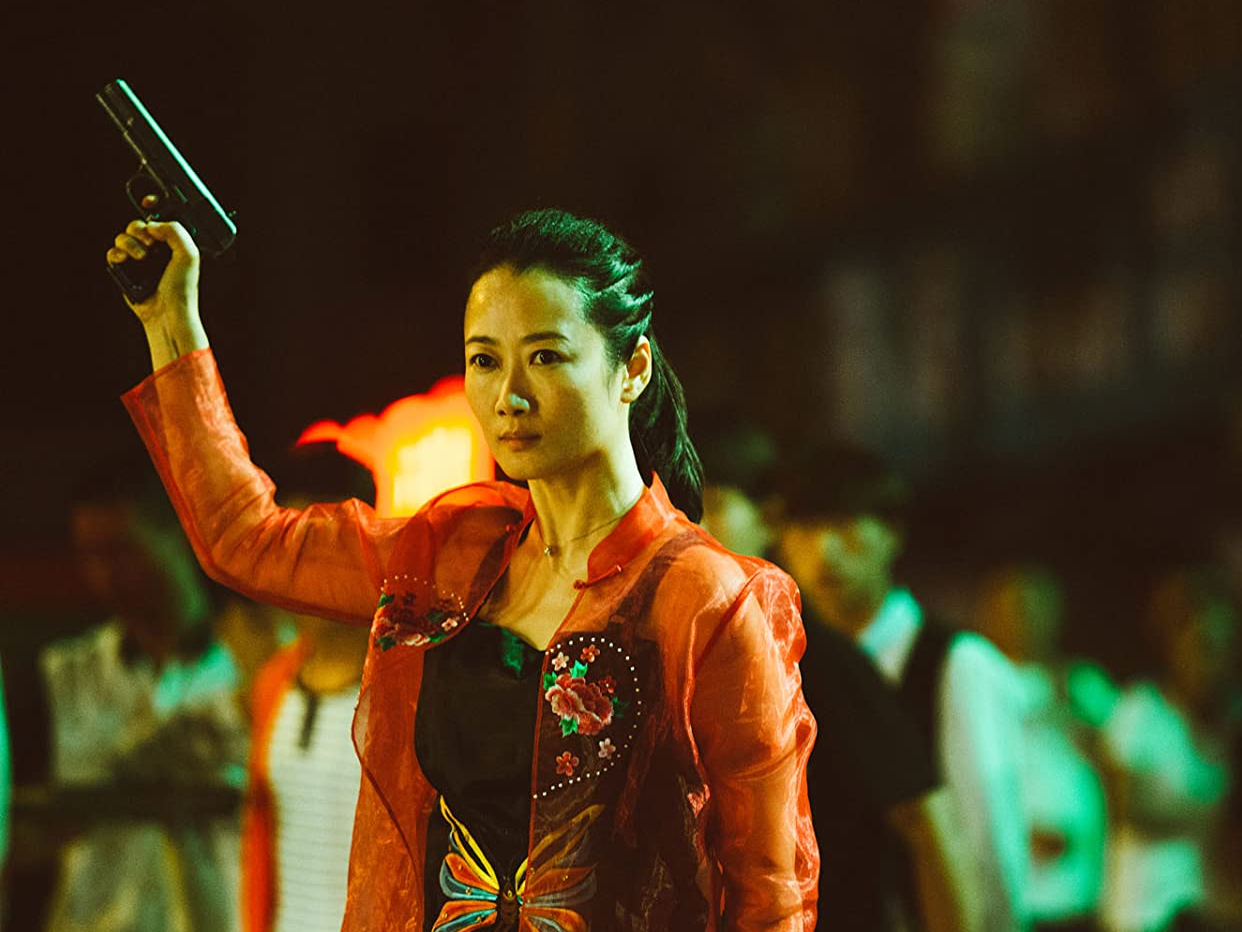 Along the way, director Jia Zhangke pulls away from their immediate rivalries and effectively explores how China has rapidly changed in the 21st century.

“The Big Sick” is an endearing rom-com based on Kumail Nanjiani and Emily V. Gordon’s real-life love story. 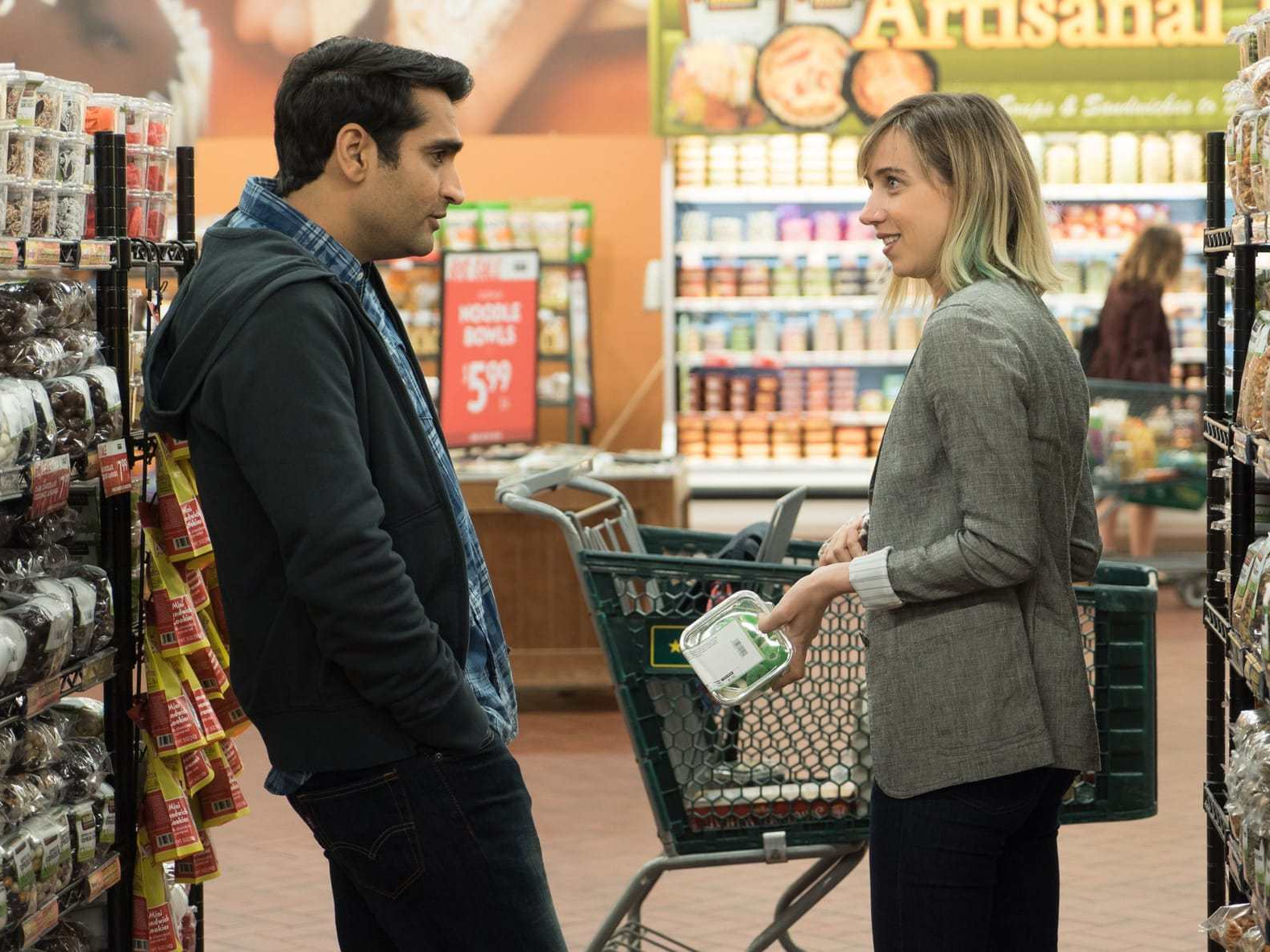 Amazon/LionsgateKumail Nanjiani and Zoe Kazan star in ‘The Big Sick.’

Kumail Nanjiani cowrote and starred in the rom-com “The Big Sick,” which tells a dramatized version of his and his wife Emily’s love story.

The movie follows him as a young Pakistani-American comic dating graduate student Emily (Zoe Kazan), who he fears his traditionalist parents won’t accept. Soon after, Emily comes down with an illness that leaves her in a coma, and Kumail forms deep bonds with her mother (Holly Hunter) and father (Ray Romano).

With its heartwarming real-life story and ability to find wry, gentle humour even in the bleakest and most ordinary moments, it’s no wonder that “The Big Sick” received a best original screenplay Oscar nomination.

“Clue” is based on the popular board game of the same name. 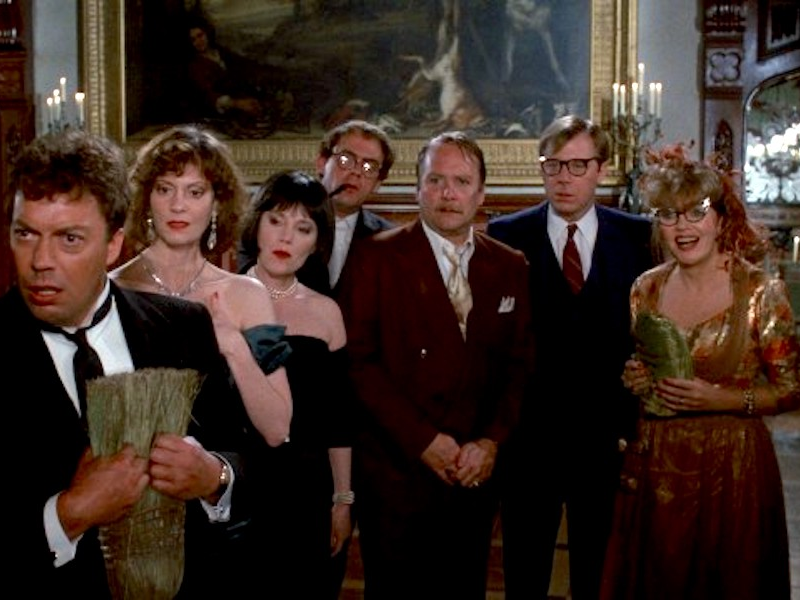 Paramount Pictures‘Clue’ is a murder mystery.

Based on the classic board game of the same name, “Clue” follows six strangers who attend the wealthy Mr. Boddy’s (Lee Ving) dinner party and discover that he is blackmailing them. When Boddy is murdered, all of the guests are murder suspects, and they must work out who is the killer.

Deliciously campy and filled with multiple surprise endings, “Clue” is a comedy that will keep you guessing until the end. 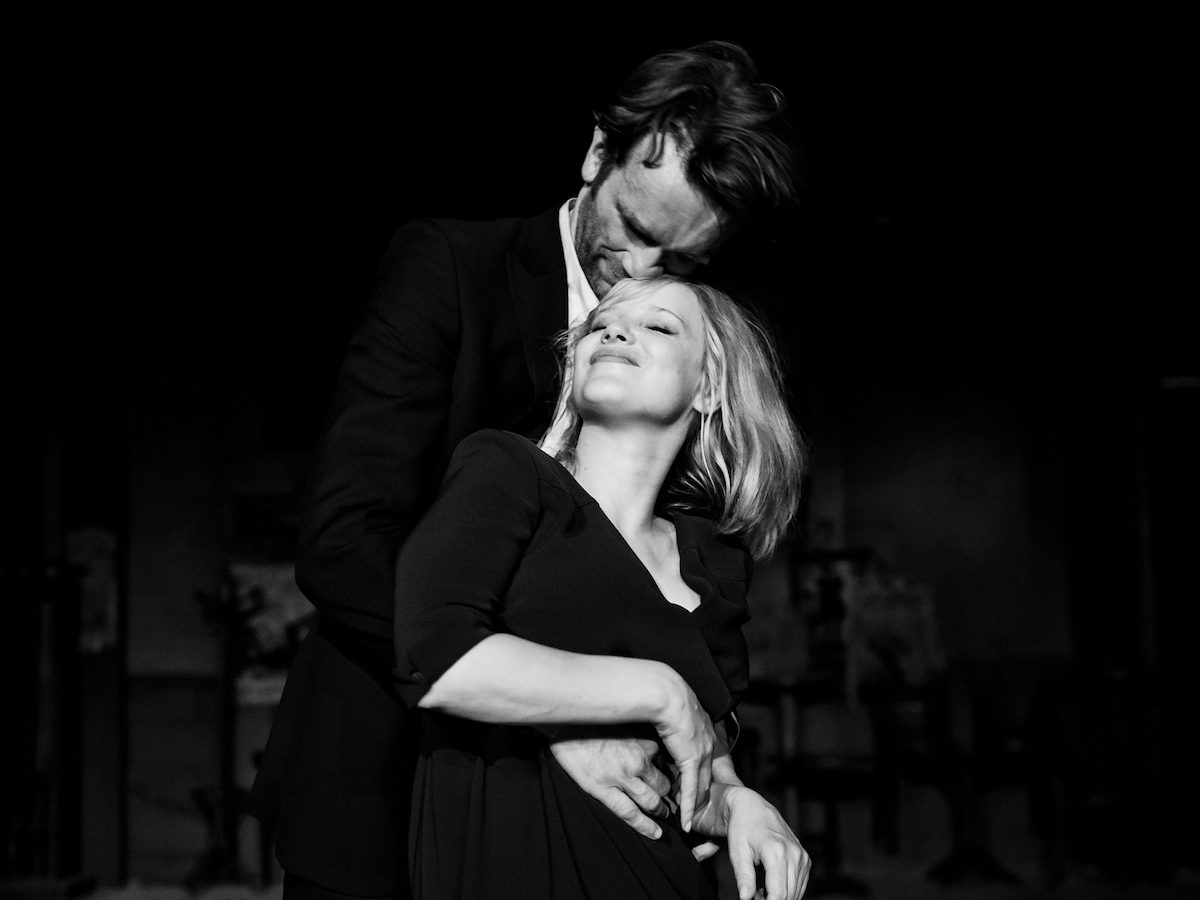 Kino Świat‘Cold War’ was nominated for best foreign language film at the 2019 Oscars.

The same year that Alfonso Cuarón’s “Roma” scored big at the Oscars, another sweeping international movie was rightfully up for multiple awards – “Cold War,” a romantic historical drama tracking the star-crossed, years-long love story between a music director (Tomasz Kot) and singer (Joanna Kulig) in Poland.

Filmed in gorgeous black and white, director Paweł Pawlikowski’s film fits an astonishing amount of music and bittersweet emotion into its modest runtime. 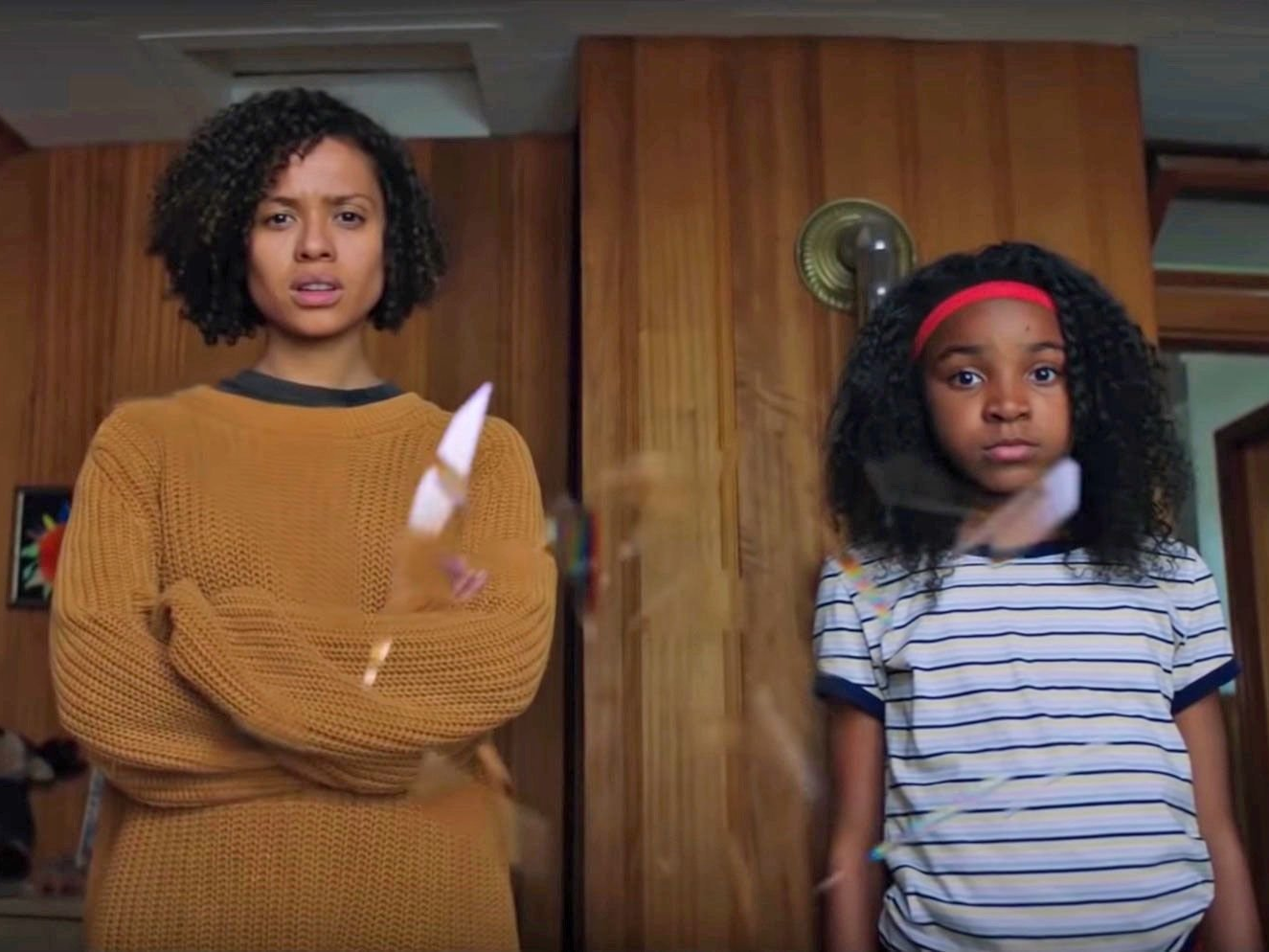 Set in a world where it hasn’t rained for eight years, “Fast Colour” follows a woman (Gugu Mbatha-Raw) with supernatural abilities who’s forced to reunite with her estranged mother (Lorraine Toussaint) and young daughter (Saniyya Sidney) after being pursued by mysterious forces.

Featuring a stand-out performance by Mbatha-Raw, the sci-fi drama’s rich, character-driven focus on the relationships between three generations of black women with superpowers is a refreshing change from the glut of recent superhero blockbusters.

Plus, it’s worth watching the movie before Amazon Studios adapts “Fast Colour” into a TV series.

Before “Midsommar” and “Little Women,” Florence Pugh starred in the wrestling comedy “Fighting With My Family.” 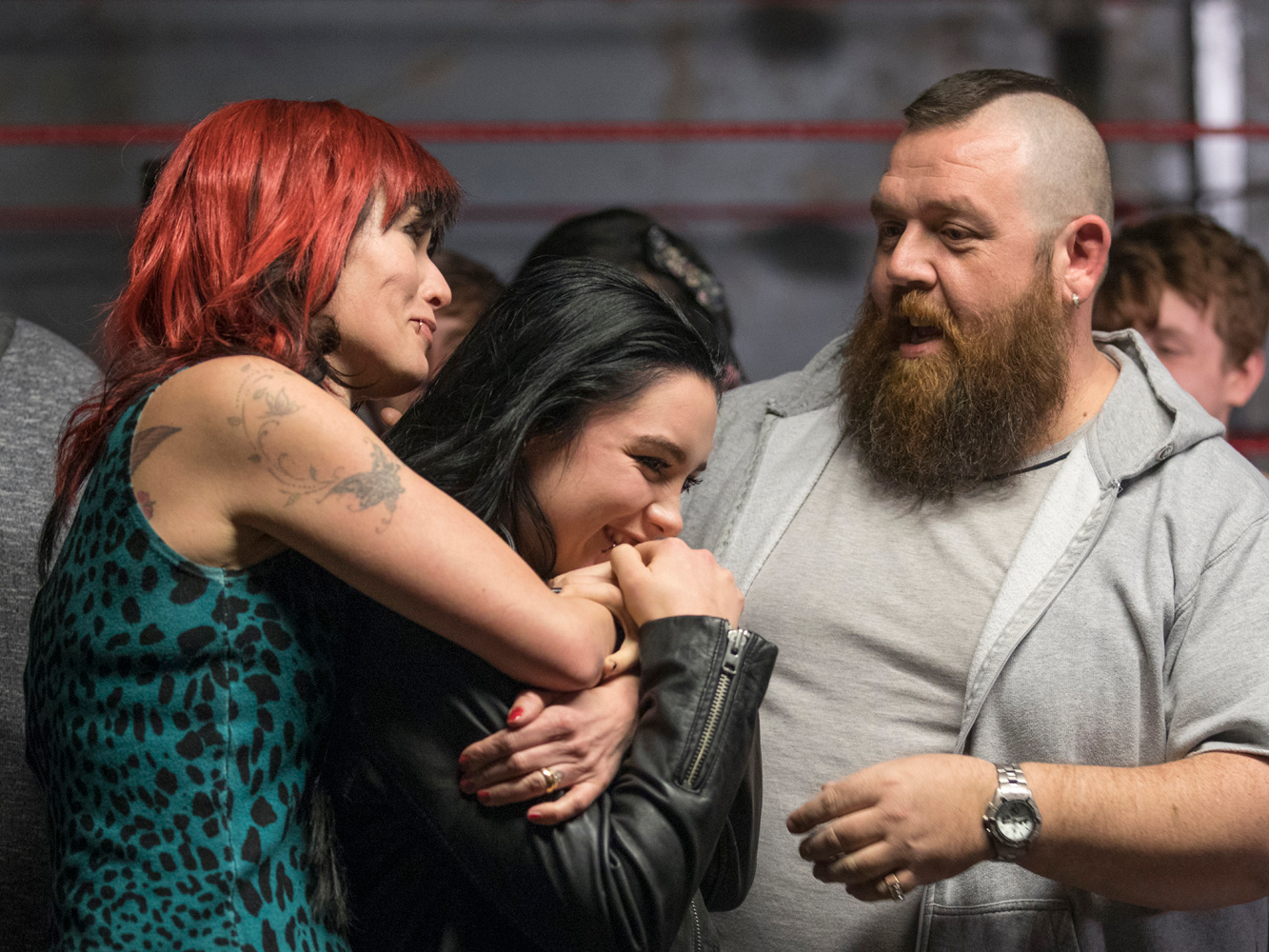 Florence Pugh had a knockout year in 2019, starring in the acclaimed horror movie “Midsommar,” and landing her first Oscar nomination for portraying Amy March in Greta Gerwig’s adaptation of “Little Women.”

But new fans of the actress might not know that, in the same year, she also starred in the irresistibly charming, wrestling comedy “Fighting With My Family.”

She plays Paige, a young woman from a British wrestling family who earns a spot in World Wrestling Entertainment’s competitive training program. The film was based on the real WWE career of the English professional wrestler of the same name.

Dwayne “The Rock” Johnson and “Game of Thrones” star Lena Headey round out the film’s ensemble cast, making it a feel-good, star-studded experience.

Audrey Hepburn stars in “Funny Face,” a 1957 musical rom-com that unfolds in Paris. 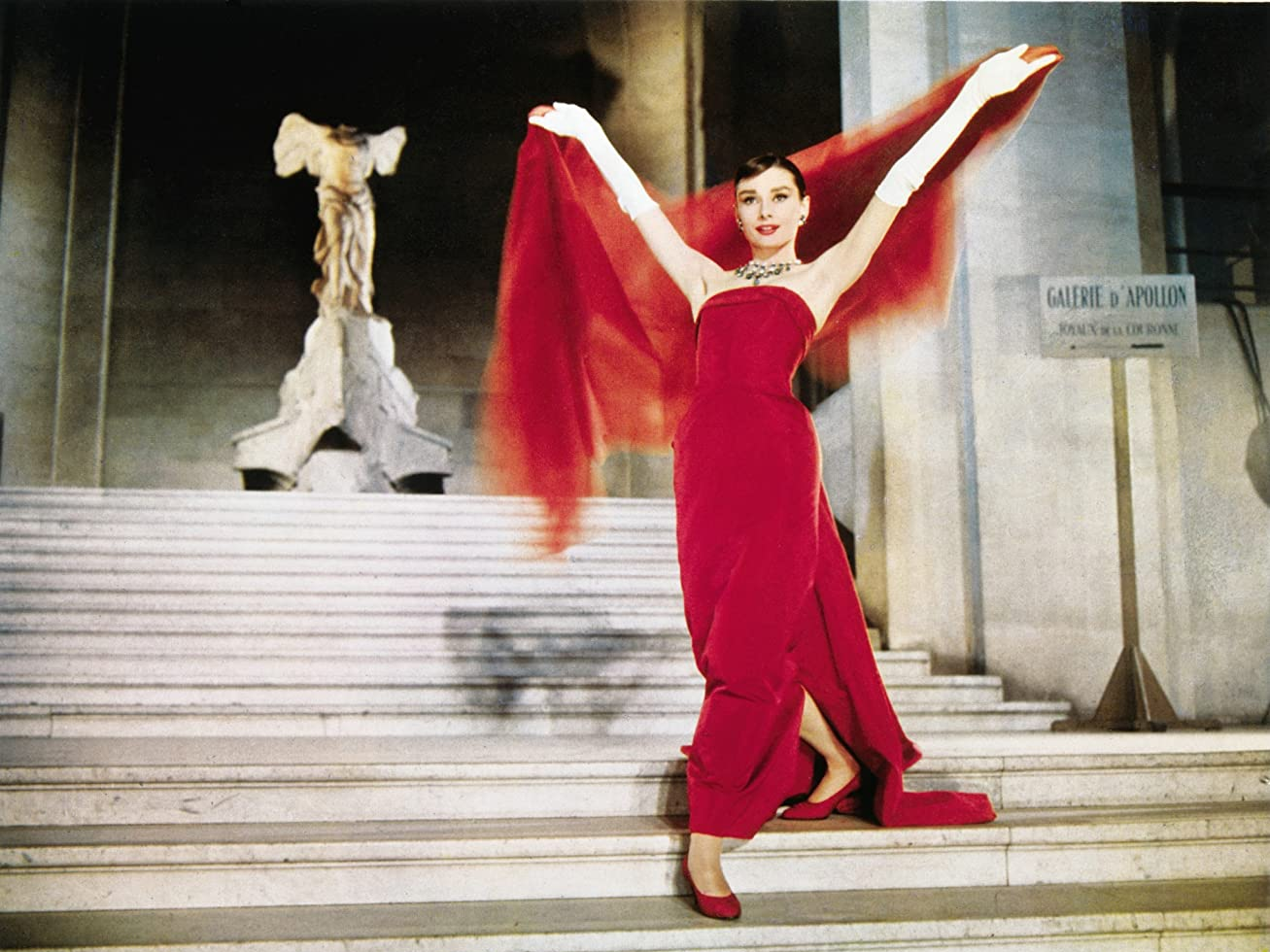 Believing that she has the potential to be a great model, he convinces him to accompany him to Paris for a series of photoshoots, and in the process, they fall for each other.

In other words, “Funny Face” is escapist romance at its finest. 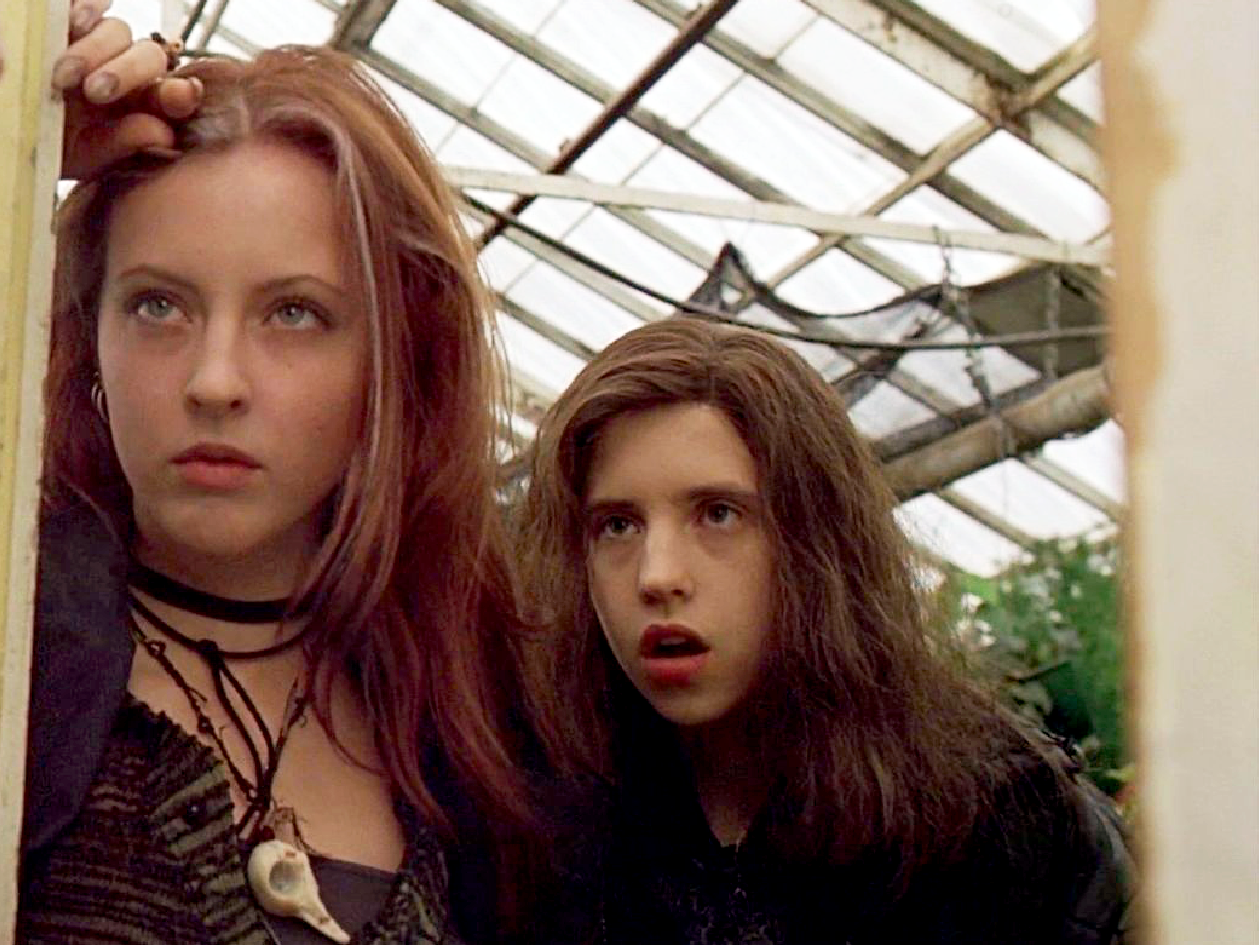 LionsgateIn ‘Ginger Snaps,’ two sisters deal with the fact that one of them has been turned into a werewolf

It’s not often that we get an acclaimed werewolf movie (let alone one about teenage girls), but “Ginger Snaps” is a welcome exception.

In the film, two death-obsessed sisters (Katharine Isabelle and Emily Perkins) struggle to find a solution when one of them is bitten by a mysterious wild animal.

By using the well-known werewolf myth to satirize teen angst and female rage, “Ginger Snaps” manages to stand out amongst other coming-of-age comedies.

“The Handmaiden” doubles as a cutthroat revenge thriller and a romantic drama. 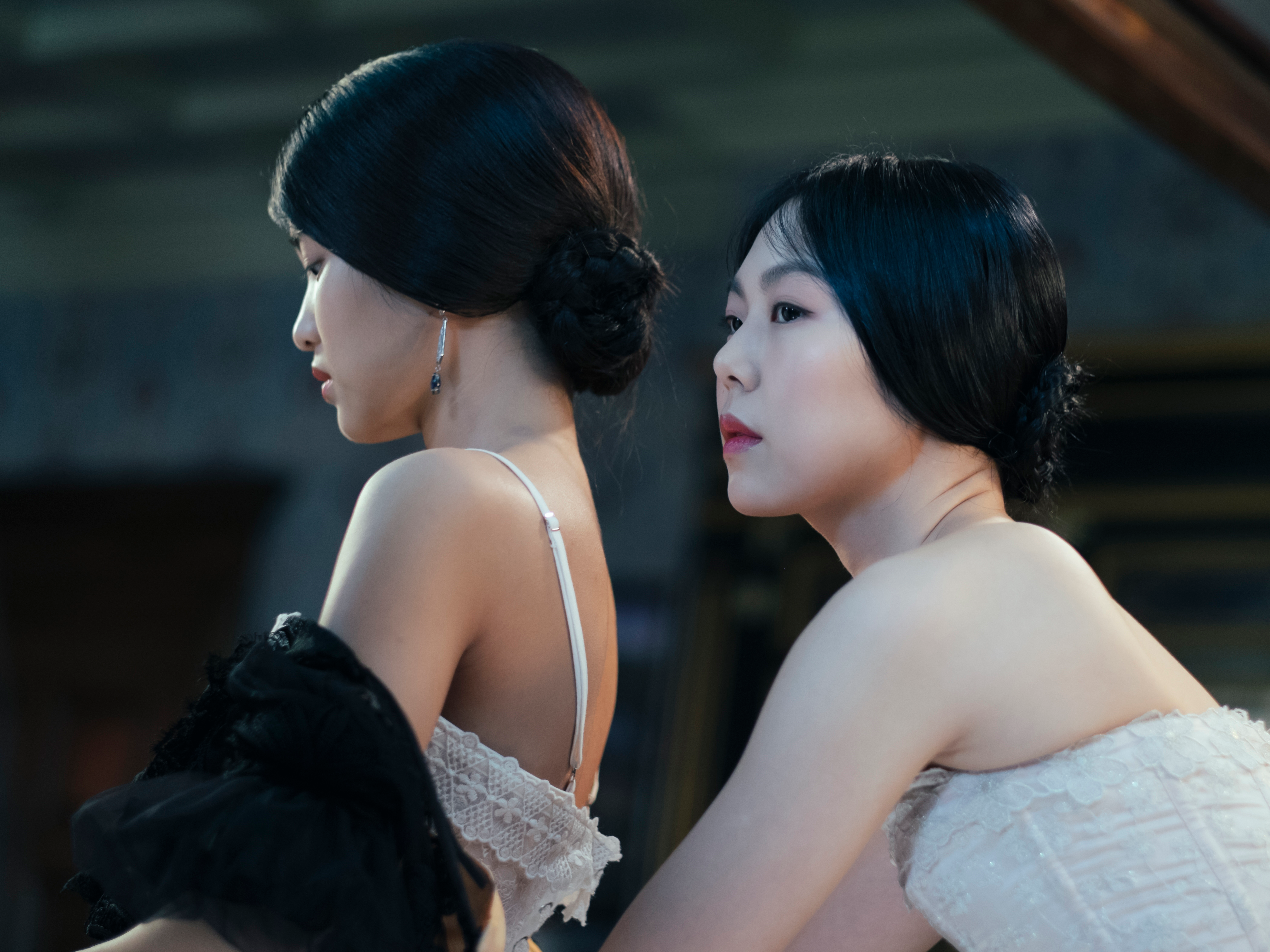 Amazon StudiosKim Tae-ri and Kim Min-hee costar in ‘The Handmaiden.’

Set during Japan’s occupation of Korea in the 1930s, Park Chan-wook’s 2016 film centres on a woman (Kim Tae-ri) who falls in love with the Japanese heiress (Kim Min-hee) whose inheritance she has been hired to help steal.

Part-historical revenge thriller and part-romantic drama, “The Handmaiden” tells an enthralling, devilishly smart story of love and betrayal, without ever compromising the deeply human characters at its centre.

“His Girl Friday” is a classic screwball comedy. 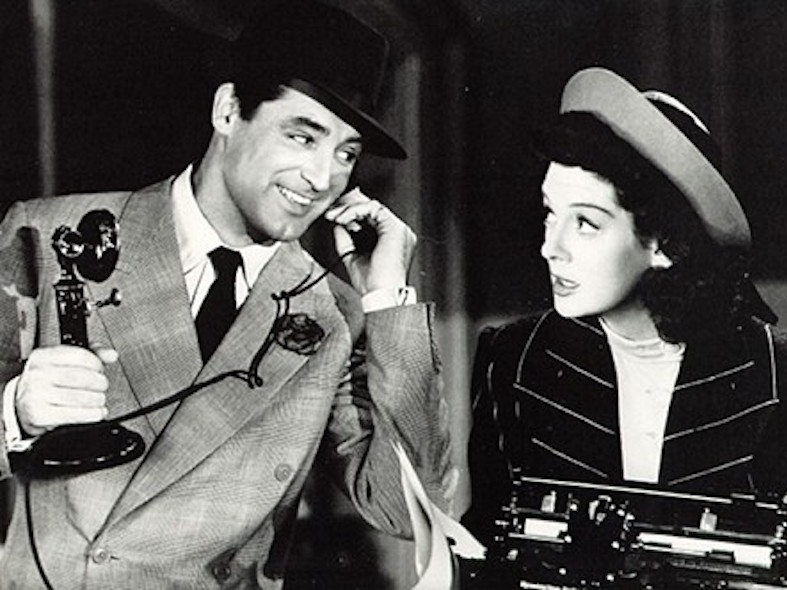 WikipediaCary Grant and Rosalind Russell costar in ‘His Girl Friday.’

Walter immediately tries to draw her away from her remarriage, convincing her to cover the impending execution of a possibly innocent man in an effort to rekindle their romantic spark.

“Honey Boy” is based on Shia LaBeouf’s memories of his tumultuous Hollywood childhood. 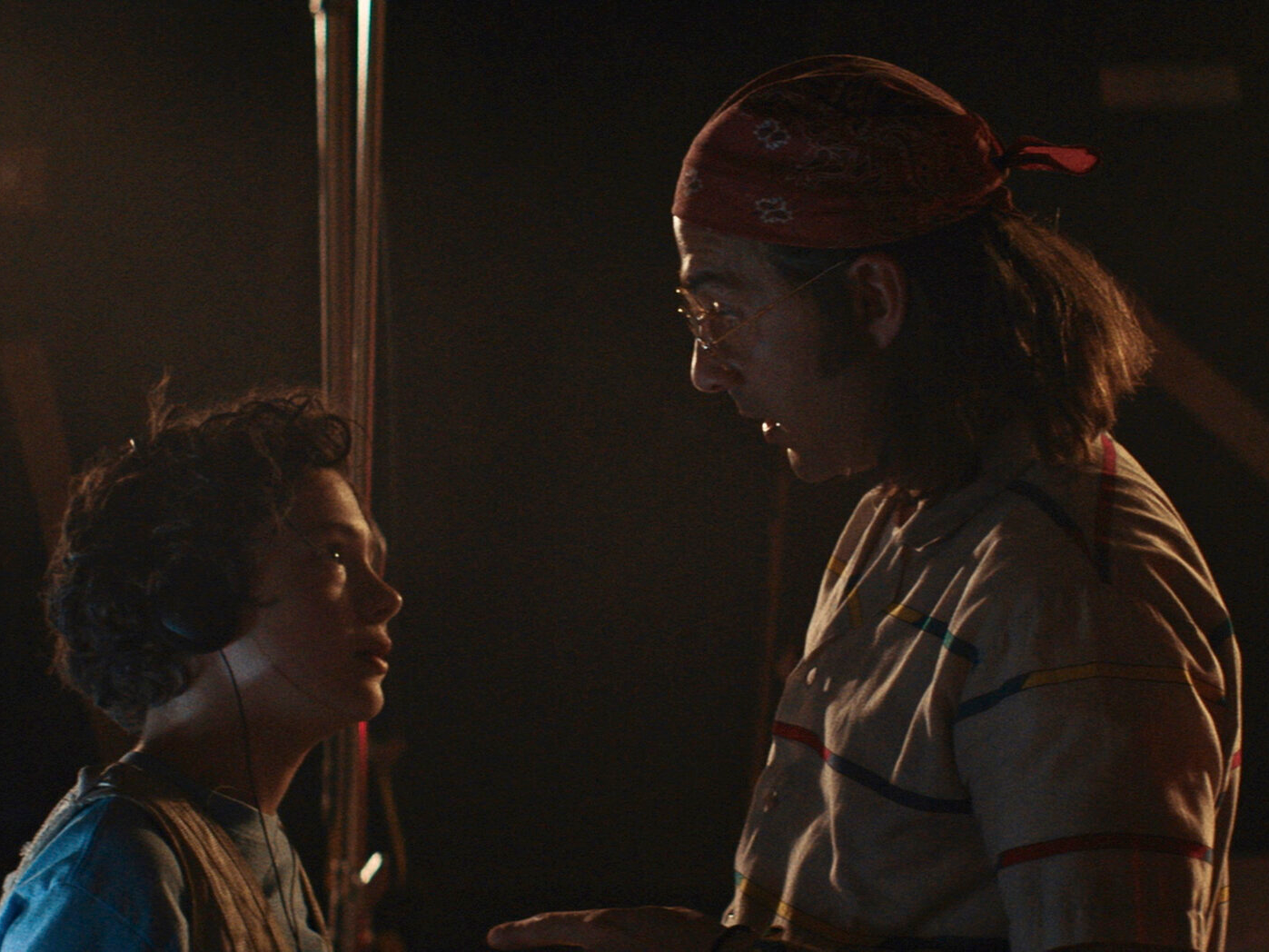 You won’t look at Disney shows like “Even Stevens” again after watching “Honey Boy,” which Shia LaBeouf wrote in rehab about his experiences navigating child stardom with his abusive father.

It’s a poignant drama filled with powerful performances (including LaBeouf playing his own dad) that forces audiences to reevaluate the young celebrities they idolized as kids, and consider how they have made peace with their own childhood pains.

“I Am Not Your Negro” is an Oscar-nominated documentary based on James Baldwin’s work. 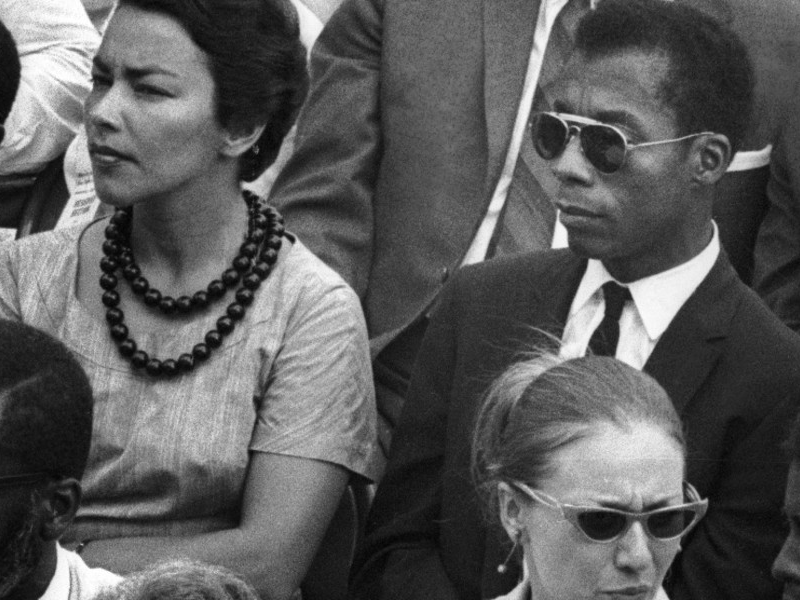 Velvet Film Company‘I Am Not Your Negro’ reimagines an unfinished manuscript by James Baldwin.

“I Am Not Your Negro” is based on “Remember This House,” an unfinished manuscript that prolific writer and activist James Baldwin began writing about the lives and assassinations of three friends: Medgar Evers, Malcolm X and Martin Luther King, Jr.

Raoul Peck’s incendiary documentary imagines what a finished version of the book would be like, linking the work and visions of civil rights leaders to today’s Black Lives Matter movement and questioning black representation in Hollywood.

The result is a galvanizing, must-watch investigation into how American race-relations have evolved – and how much still needs to change.

“It’s a Wonderful Life” is a classic Christmas movie that can be enjoyed all year. 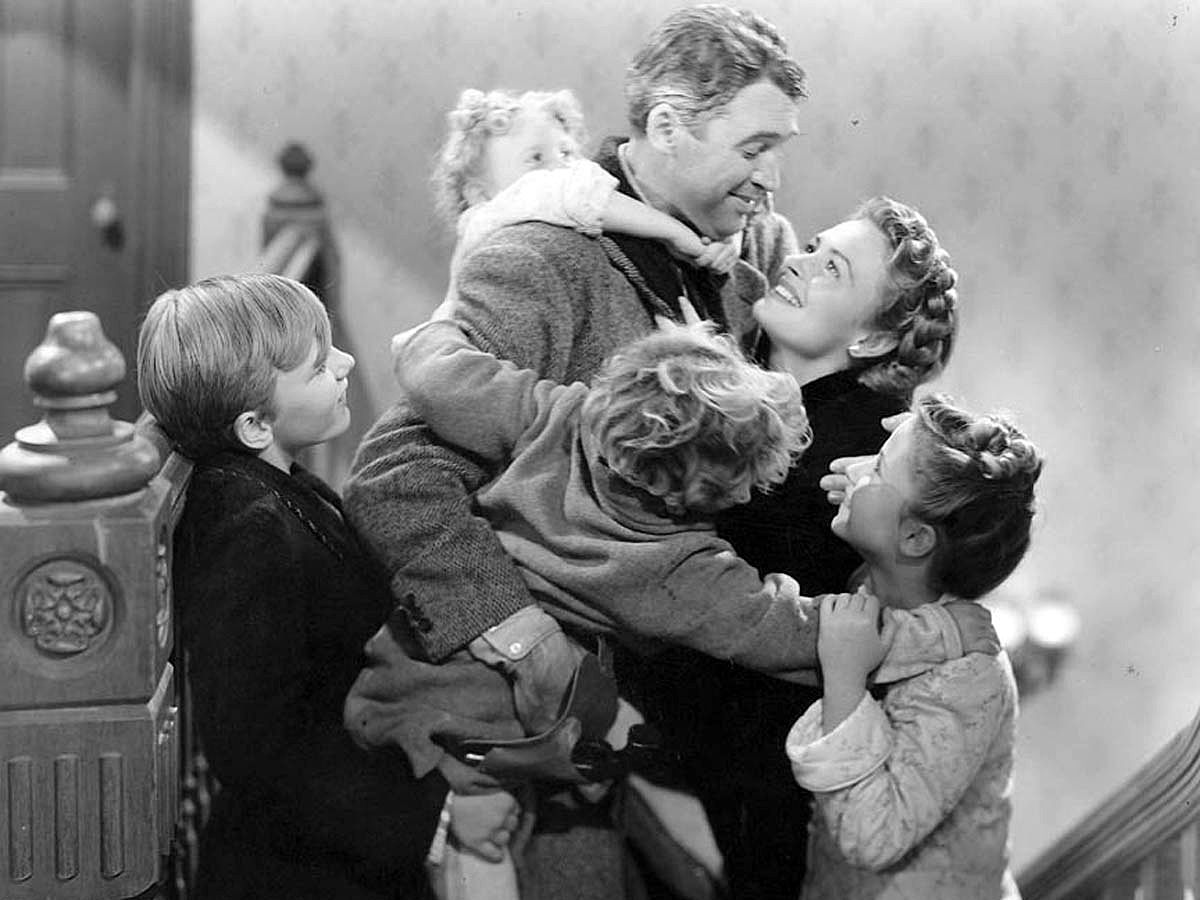 “It’s a Wonderful Life” is often referred to as a classic Christmas movie, but its heartwarming meditations on the unseen impact that one person can have on an entire community make it a reliable pick-me-up for any time of the year.

However, his guardian angel, Clarence (Henry Travers), soon appears and shows George how drastically different his wife (Donna Reed) and community members’ lives would be if he’d never existed.

“The Last Black Man in San Francisco” was one of the most underrated movies of 2019. In this drama, San Francisco native Jimmie (Jimmie Fails playing himself) and his best friend, Mont (Jonathan Majors), attempt to reclaim the house that Jimmie’s father built in a now-rapidly gentrifying neighbourhood, testing both their friendship and sense of belonging in their city.

“The Last Black Man in San Francisco” is one of the most original and underrated films of 2019, thanks to its effective, picturesque portrayal of the friendship and social themes at its core. In this teen drama, an elite boarding school is divided into five social factions.

High school queen bee Selah Summers (Lovie Simone) rules The Spades (the most influential faction), as she continues to run an illegal alcohol and pill-dealing business, and forms a complicated bond with her new protagée, Paloma (Celeste O’Connor).

With its blend of high school politics and mob-like intrigue, “Selah and the Spades” is a mesmerising entry into the coming-of-age genre.

Like “Fast Colour,” fans of the movie can also expect a TV show based on the teen movie to arrive on Amazon in the future.

In Alfred Hitchcock’s “To Catch a Thief” a former cat burglar teams up with a carefree heiress. Paramount PicturesCary Grant and Grace Kelly costar in ‘To Catch a Thief.’

Romance and espionage are wonderfully intertwined in Alfred Hitchcock’s escapist film “To Catch a Thief.”

When retired cat burglar John Robie (Cary Grant) discovers that someone has been carrying out a series of robberies in his signature style, he finds a lover and accomplice in wealthy heiress Francie (Grace Kelly) as they attempt to find the culprit.

The 2016 horror-action film “Train to Busan” follows a father and daughter’s fight to survive when a zombie outbreak occurs in South Korea. 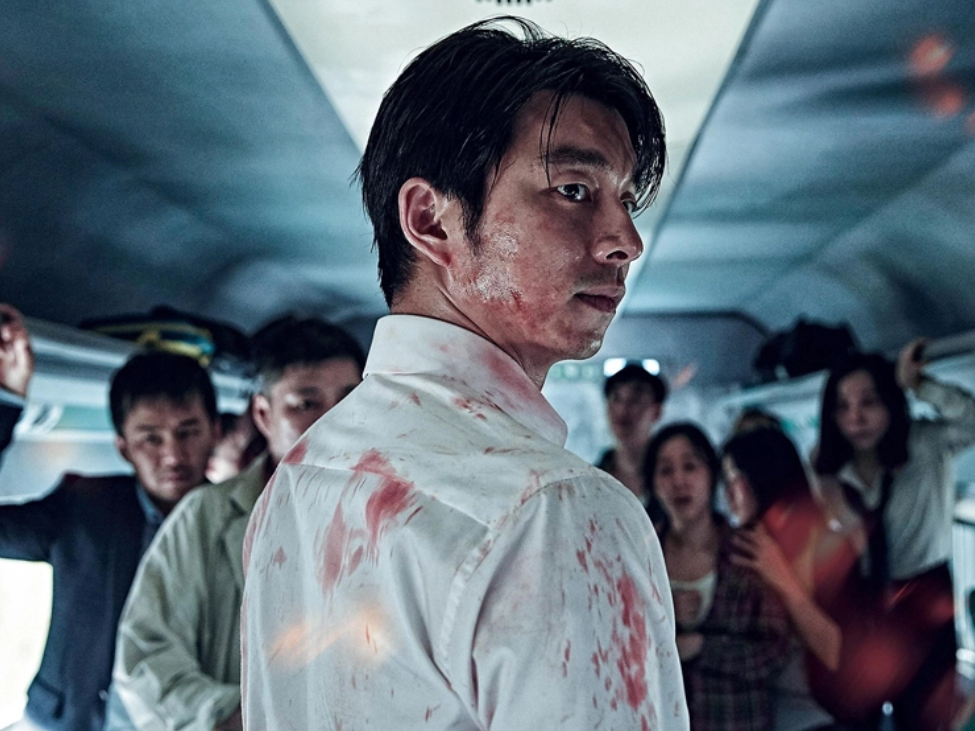 Next Entertainment WorldGong Yoo stars in ‘Train to Busan.’

A father and daughter are on a train journey in South Korea when a zombie virus breaks out aboard the vehicle, making for one of the most genuinely thrilling zombie stories in recent years.

“Train to Busan” is the rare horror film that has vividly realised characters, sharp social commentary, and relentlessly creative action sequences – if you can overlook some gore, it’s the whole package.

A young Leonardo DiCaprio stars in “What’s Eating Gilbert Grape,” which is about a dysfunctional Midwestern family. 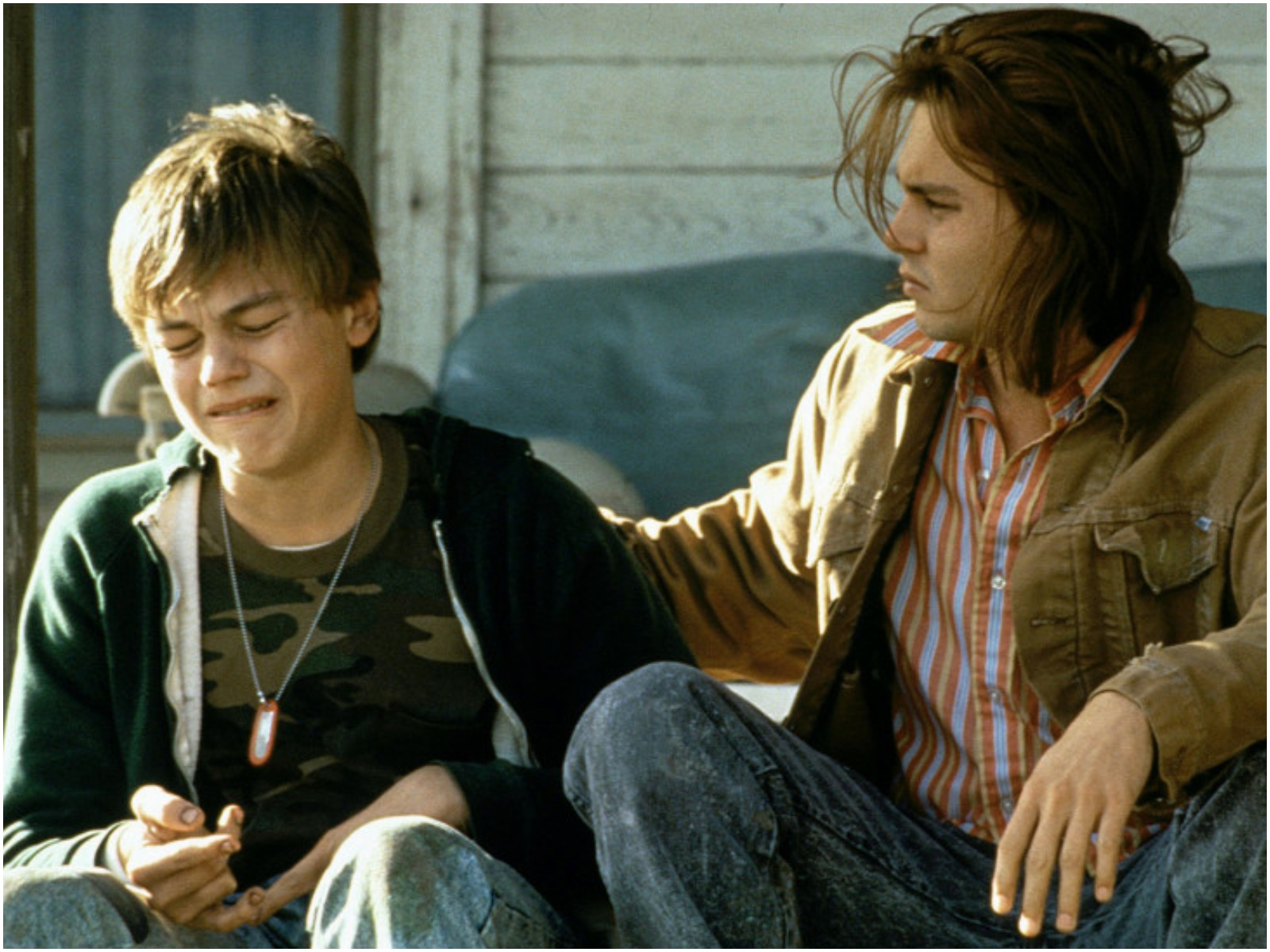 Although the dysfunctional family and personal sorrows of the protagonist at the movie’s centre could easily make it a bleak melodrama, “What’s Eating Gilbert Grape” manages to be a quirky, disarming take on slice-of-life American family dramas. 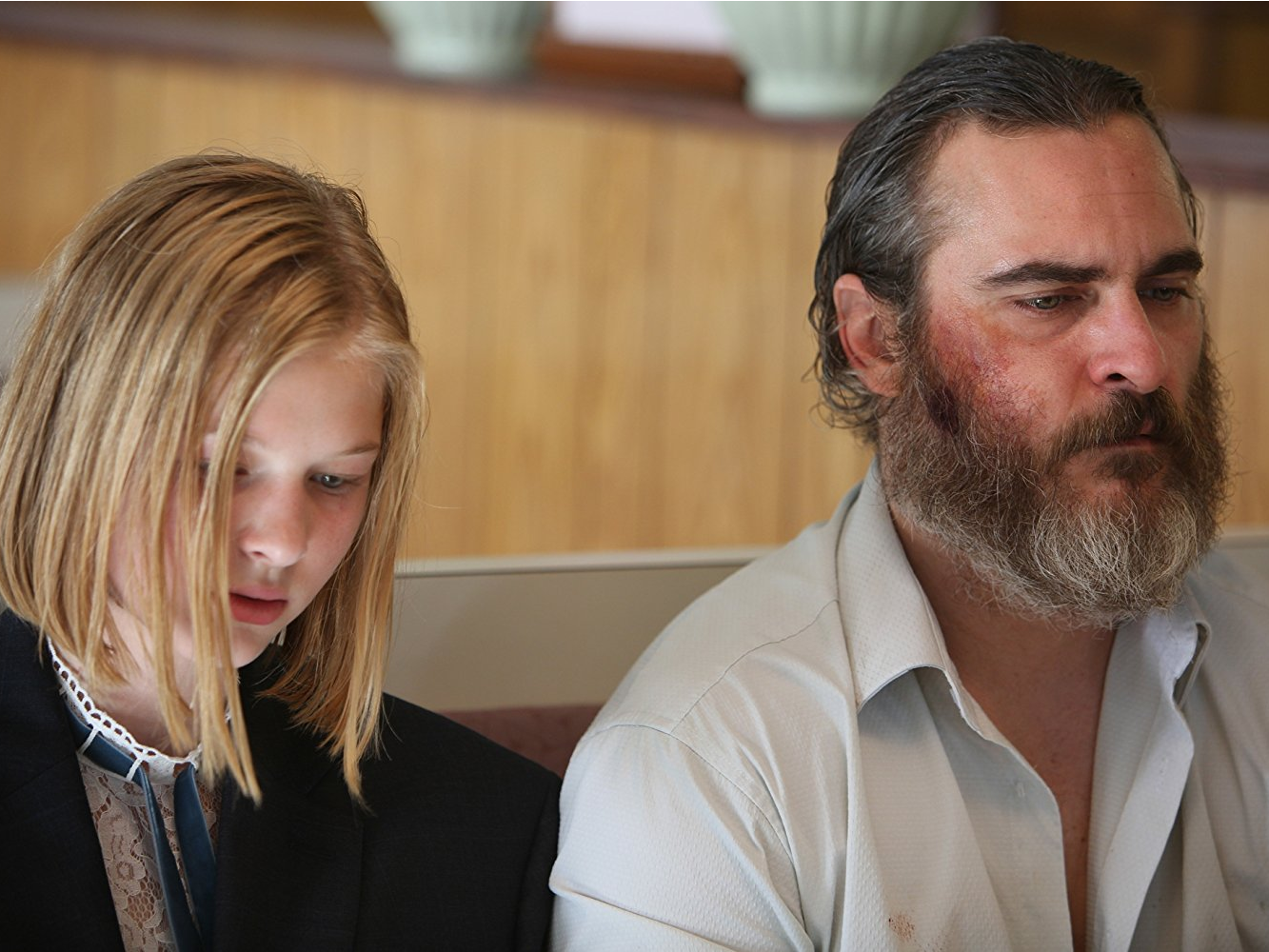 Joaquin Phoenix may have won an Oscar for 2019’s “Joker,” but his role as a traumatized veteran who is hired to track down a senator’s missing daughter (Ekaterina Samsonov) in “You Were Never Really Here” is his greatest performance to date.

The movie’s gruesome subject matter and lack of a traditional narrative might be off-putting to some, but its feverish, kaleidoscopic style and visceral, often wordless study of its troubled main character confirm director Lynne Ramsay as one of the most inventive working filmmakers.