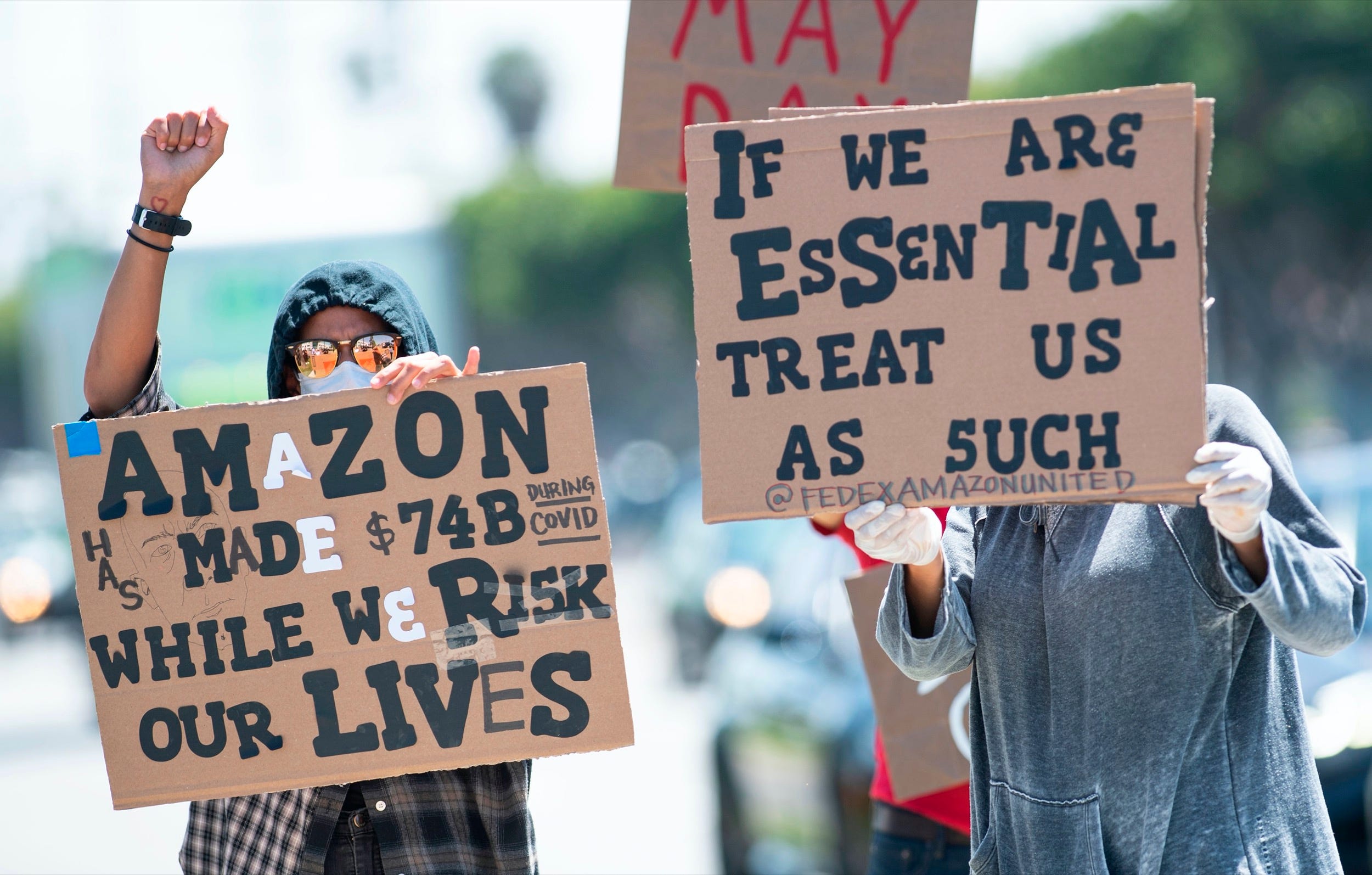 Valerie Macon/Getty ImagesAmazon workers have repeatedly protested over working conditions during the pandemic.

An Amazon warehouse worker in Shakopee, Minnesota, who has been outspoken about the company’s efforts to protect workers from COVID-19 has accused Amazon of retaliating against her, Bloomberg reported on Friday.

The employee, Hibaq Mohamed, wrote in a letter to Minnesota Attorney General Keith Ellison this week that she had been singled out for discipline as a result of her public criticisms of the company, according to Bloomberg.

“Amazon managers have targeted me and openly harassed me before, but increasingly during the pandemic,” she wrote in the letter, according to Bloomberg, adding that she had worked at Amazon for almost four years “with a very clean record and just one or two warnings.”

Amazon workers are required to meet productivity quotas and the company closely tracks their “time off task.” But Mohamed claimed that on several occasions she was penalised for cleaning her workstation (per Amazon’s coronavirus policy), using the restroom, and asked to explain minutes-long blocks of time, even time off task that occured before her shift started, Bloomberg reported.

“While we have not seen the formal complaint, the allegations described are not true. We do not tolerate any kind of discrimination in the workplace and we support every employee’s right to criticise their employer, but that doesn’t come with blanket immunity to ignore internal policies,” an Amazon spokesperson told Business Insider.

The company said it had not heard about Mohamed’s complaint prior to being contacted by Bloomberg and pushed back on her claims regarding time off task.

Mohamed has frequently spoken out publicly about working conditions at Amazon during the pandemic, and claimed the company is underreporting cases at its warehouses, Workday Minnesota reported last month. Minnesota public health officials said that the Shakopee warehouse where Mohamed works has seen at least 88 confirmed cases and is one of the state’s larger outbreaks.

Amazon has repeatedly refused to release overall case numbers, though a crowdsourced document compiled by workers claims that there could be as many as 1,500 cases.

“The actual…total number of cases isn’t particularly useful because it’s relative to the size of the building and then the overall community infection rate,” Amazon logistics chief Dave Clark told CBS News in May.

Multiple workers who have raised concerns publicly were eventually fired by Amazon, including one of Mohamed’s coworkers at the Shakopee location. In March, the company terminated Chris Smalls, a warehouse employee in New York, the same day he led a protest over working conditions. Two employees at Amazon’s corporate headquarters in Seattle were also fired following their activism on behalf of warehouse workers.