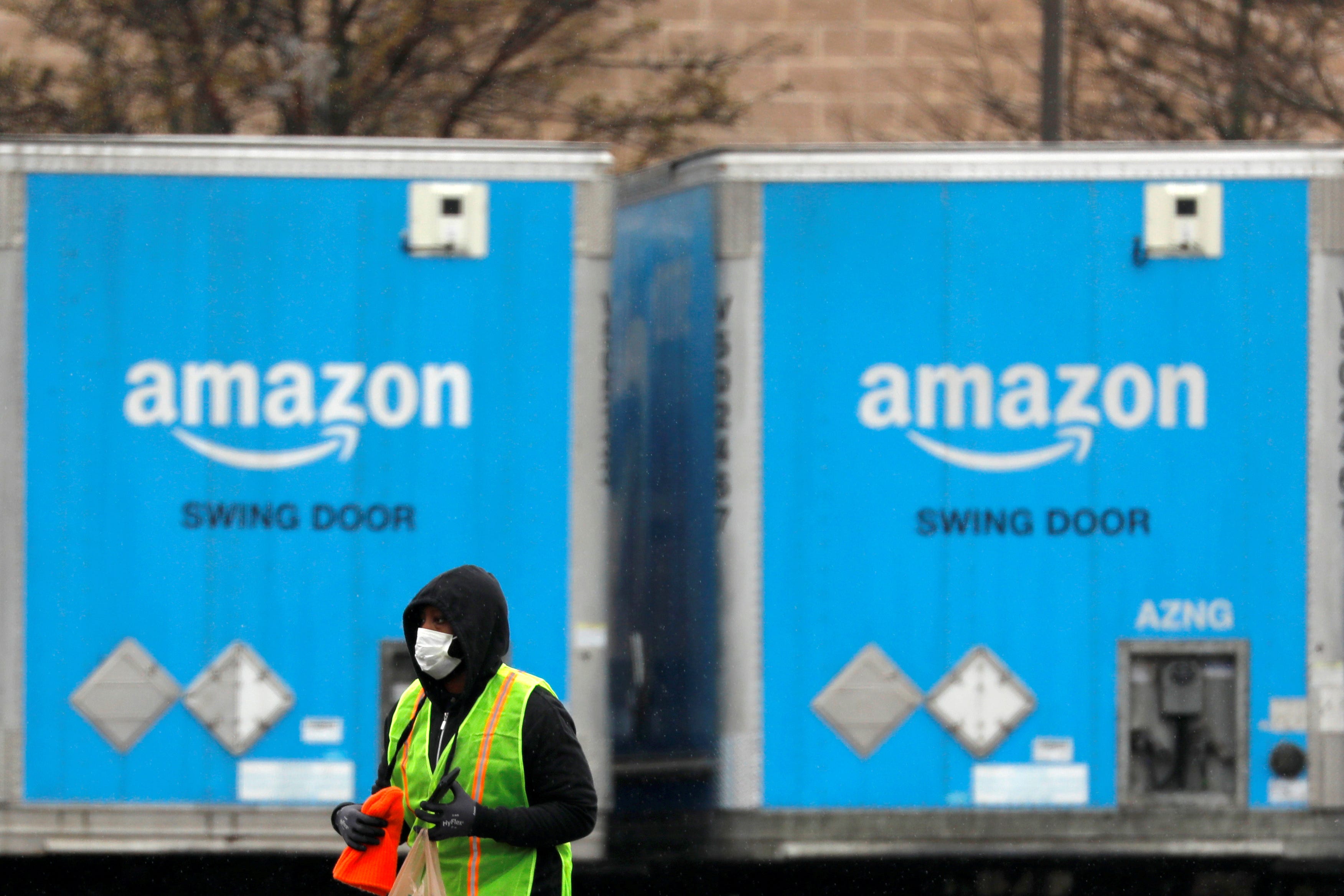 ReutersAmazon has faced growing criticism over workplace safety during the coronavirus pandemic.

In a letter sent to the company last week, the state’s top lawyer, Letitia James, said her office’s initial findings “raise serious concern that Amazon may have discharged [the employee] in order to silence his complaints and send a threatening message to other employees that they should also keep quiet about any health and safety concerns,” according to NPR.

The letter said James’ office had learned that Amazon’s termination of the employee, Christian Smalls, had left other workers afraid to speak up, adding that: “this is a particularly dangerous message to send during a pandemic, when chilling worker speech about health and safety practices could literally be a matter of life and death.”

A spokesperson for the New York attorney general’s office declined to comment on the letter but confirmed its existence to Business Insider.

“We did not terminate Mr. Smalls’ employment for organising a 15-person protest. We terminated his employment for putting the health and safety of others at risk and violations of his terms of his employment,” Amazon spokesperson Rachael Lighty told Business Insider in a statement.

Lighty said Smalls violated the company’s order for him to self-isolate at home for 14 days with pay because it determined he had come into contact with a coworker who tested positive for COVID-19.

Amazon has fired at least six workers in recent weeks who were involved in protests criticising the company’s response to the coronavirus pandemic and is now facing multiple inquiries from the National Labour Relations Board about whether it unlawfully retaliated against workers who spoke out, as well as an investigation brought by New York City’s human rights commissioner concerning the same issue.

“We respect the rights of employees to protest and recognise their legal right to do so, but these rights do not provide blanket immunity against bad actions, particularly those that endanger the health, well-being or safety of their colleagues,” Lighty said.

Earlier in April, Amazon terminated two engineers based out of its Seattle headquarters who were involved in labour organising efforts, though they were let go for violating internal communications policies, not for endangering coworkers’ health or safety, the company told Business Insider at the time.

James’ office also expressed concern in the letter that the health and safety precautions Amazon has taken in response to the coronavirus pandemic have been “so inadequate that they may violate several provisions of the Occupational Safety and Health Act,” in addition to other federal and state workplace safety guidelines, NPR reported.

“Our top concern is ensuring the health and safety of our employees. We made over 150 process updates-from enhanced cleaning and social distancing measures to new efforts like disinfectant spraying,” Lighty said.

Amazon has come under fire in recent weeks from workers who say, despite the measures Amazon says it has taken, the company hasn’t done enough to protect them from COVID-19. People have tested positive for the disease in more than 70 of the company’s facilities, according to The Washington Post.

Lawmakers have taken aim at Amazon over its workplace conditions and response to workers speaking out. Senator Bernie Sanders, Independent of Vermont, and Rep. Ilhan Omar, Democrat of Minnesota, called on the company in March to take additional steps to protect workers, while five Democratic senators pressed the company earlier in April for answers about its reasoning for firing Smalls.

Amazon has been trying to balance the safety of its workers with increased demand for its services as coronavirus lockdowns worldwide fuel a surge in online shopping. The company said earlier in April it will add 75,000 more jobs after adding 100,000 roles in March.