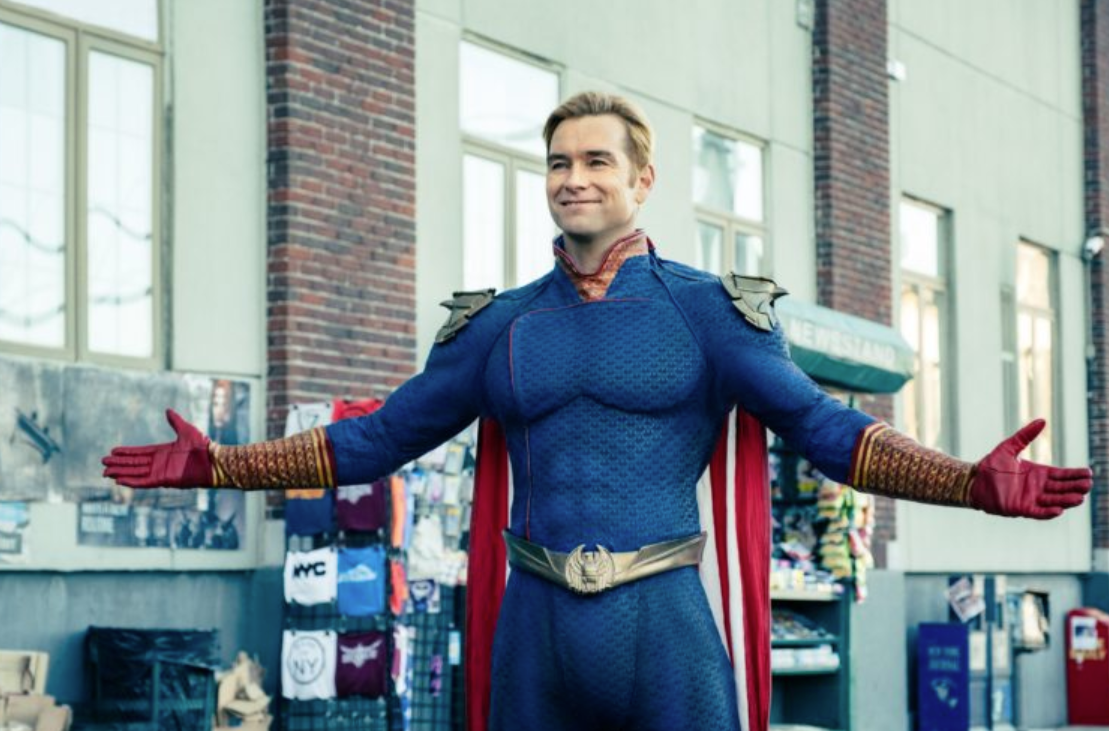 Amazon has recently found success with sci-fi fare like “The Boys” and “The Expanse,” and new data suggest that it’s part of the company’s larger TV strategy for its streaming component, Prime Video.

An exclusive report from research firm Ampere Analysis provided to Business Insider shows that Amazon is doubling down on sci-fi and fantasy TV shows. Meanwhile, Netflix is expanding its comedy and romance content, according to the report.

The chart below shows how the percentage of Amazon’s TV commissions that are sci-fi doubled from the second half of 2018 through 2019, from around 15% to around 30%. 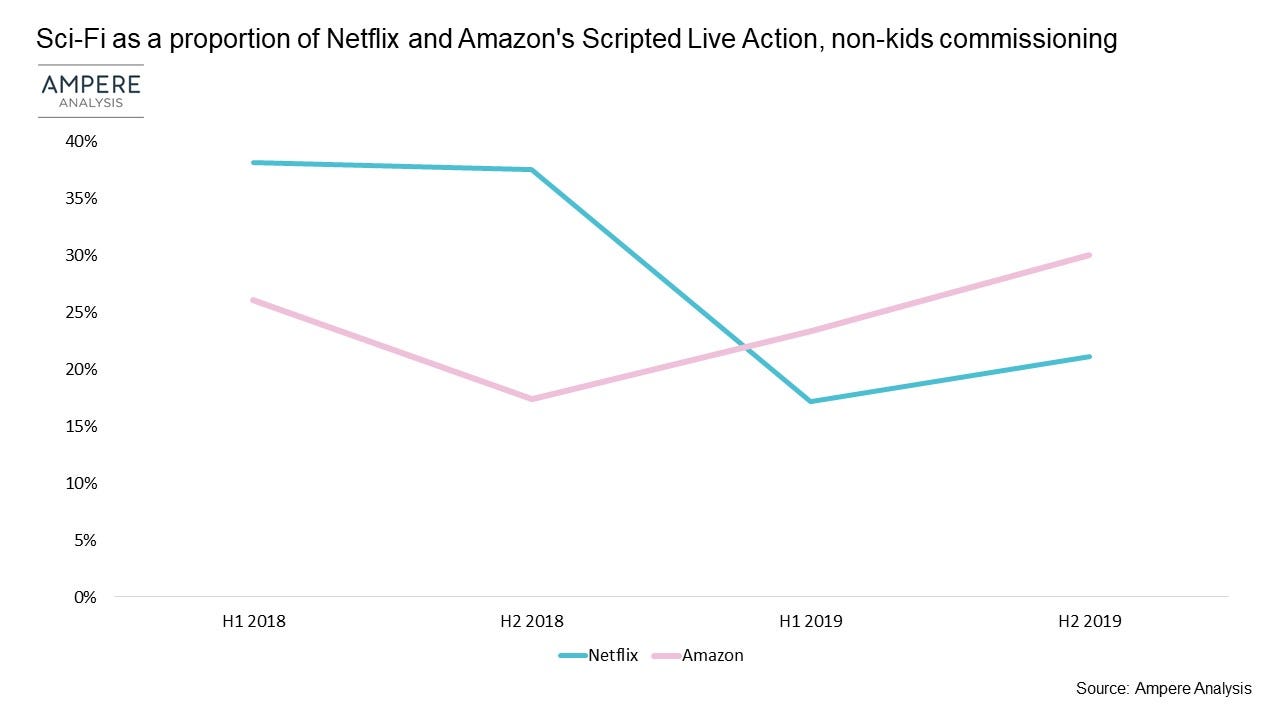 Netflix currently has 41 sci-fi TV shows in production or development and Amazon Prime Video has 27. But Netflix’s sci-fi commissions saw a decrease as a percentage of its output as Amazon began ramping its up, as the chart above shows.

While Netflix’s overall percentage of sci-fi commissions saw an upward trend again beginning in the first half of 2019, Amazon’s was leaning more into the genre. Ampere Analysis said that this is due to Netflix’s focus on the romance and comedy genres.

“Amazon appears to be redoubling its efforts in the sci-fi space,” Thorpe told Business Insider. “Sci-fi and fantasy is the real growth genre at Amazon, which has instead been moving away from comedy content.” 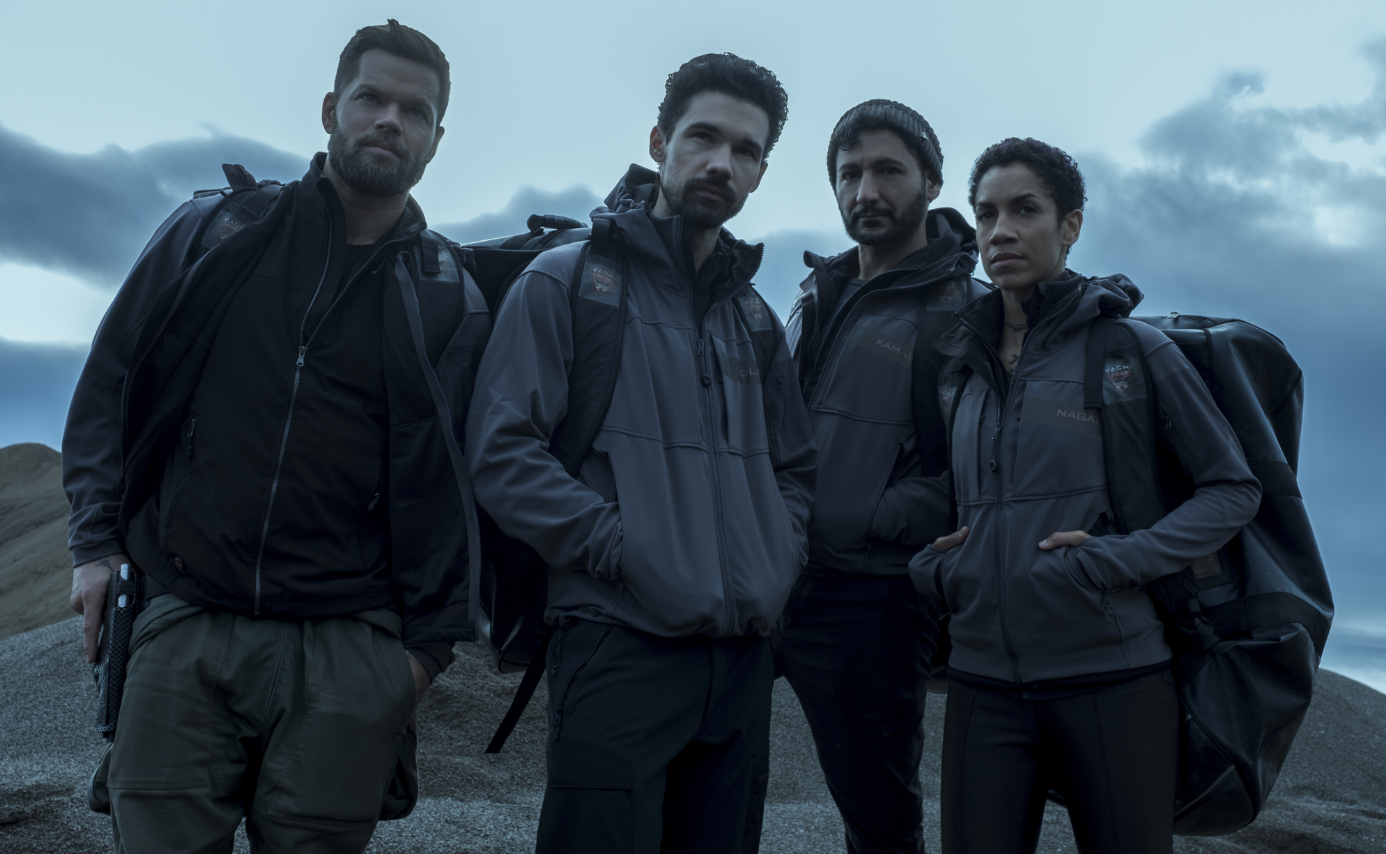 The trends are noticeable. For instance, Amazon greenlit “The Boys” season two and a fifth season of “The Expanse,” which it revived after the Syfy network cancelled it in 2018, before their respective first and fourth seasons had even debuted on Prime Video. Amazon said in August that “The Boys” was one of its most-watched shows yet.

But the company’s biggest dip into the sci-fi and fantasy genre is its upcoming “Lord of the Rings” TV series, for which it dropped $US250 million for the rights, according to The Hollywood Reporter.

With Netflix’s “The Crown” ending early with its fifth season and its crime drama “Mindhunter” on an indefinite hiatus, its number of traditional “prestige” dramas appears slim compared to its commitment to romance and comedy (or sci-fi and fantasy). Netflix said in December that its sci-fi series “Stranger Things” and its fantasy series “The Witcher” were its two most popular shows of 2019.

As for other streaming services, Ampere Analysis told Business Insider that Hulu has 13 scripted, live-action, sci-fi and fantasy TV shows in production or development and Disney Plus has nine (both platforms are owned by Disney). Combined, it’s still fewer than Amazon Prime Video or Netflix’s upcoming sci-fi shows.