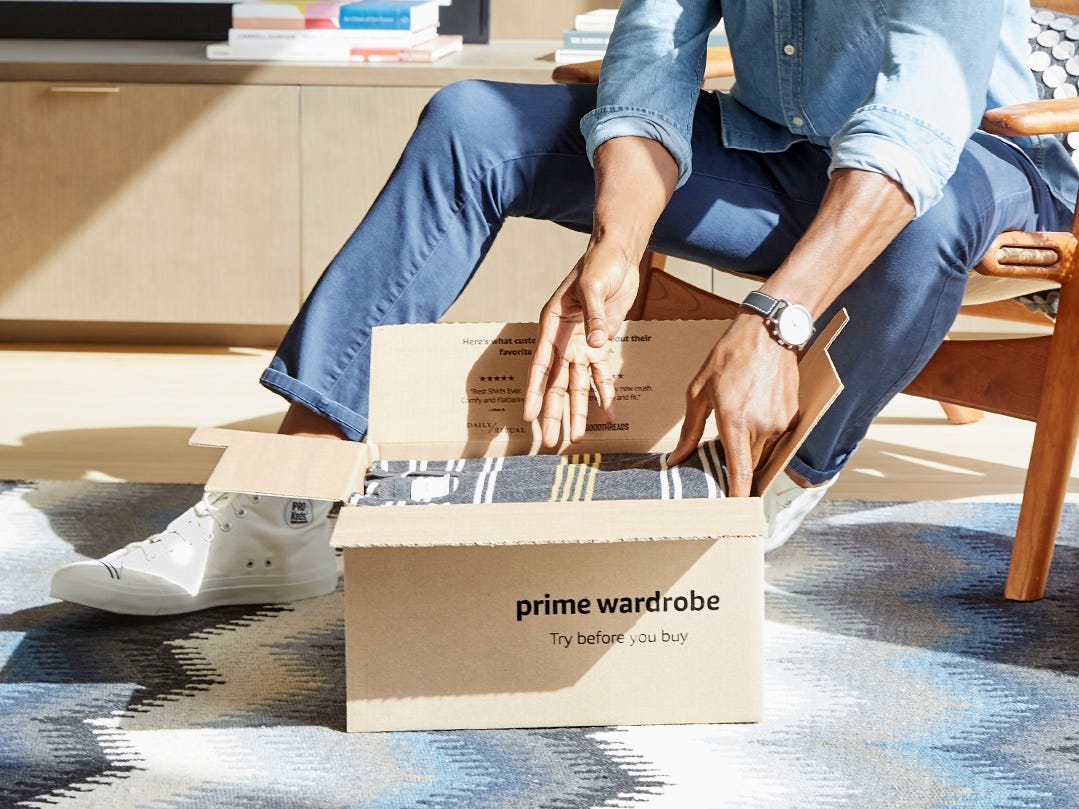 AmazonAmazon’s Personal Shopper service is now available for men, too.

Amazon now has even more ways to gets clothes into its Prime members’ hands.

This week, it expanded its Personal Shopper by Prime Wardrobe service to include men’s clothing.

The men’s service includes items from brands like Levi’s, Adidas, Scotch & Soda, and Carhartt, as well as Amazon’s private labels.

Personal Shopper was first launched for women’s clothing in July 2019. According to an Amazon spokesperson, “hundreds of thousands” of people have since set up profiles for Personal Shopper.

Personal Shopper is only available on mobile, through Amazon’s app or on its mobile website.

The Amazon spokesperson said that customers have ordered more than one billion fashion items on mobile in the last year.

Amazon has been trying to break into fashion in a meaningful way for quite some time. In May, it teamed up with Vogue and the Council of Fashion Designers of America to launch a digital storefront for high-end designer goods.

Personal Shopper is a clear competitor to algorithmic styling services like Stitch Fix and Trunk Club, the latter of which is owned by Nordstrom.

Stitch Fix reported a net loss of $US44.5 million for the fourth quarter on September 22. It was a slight recovery from the previous quarter, when sales were hurt by backlogs created by the coronavirus pandemic. Demand for apparel as a whole has suffered as people largely continue to stay home. CEO Katrina Lake said in the company’s earnings call that it has shifted inventory away from workwear and into athleisure and activewear.