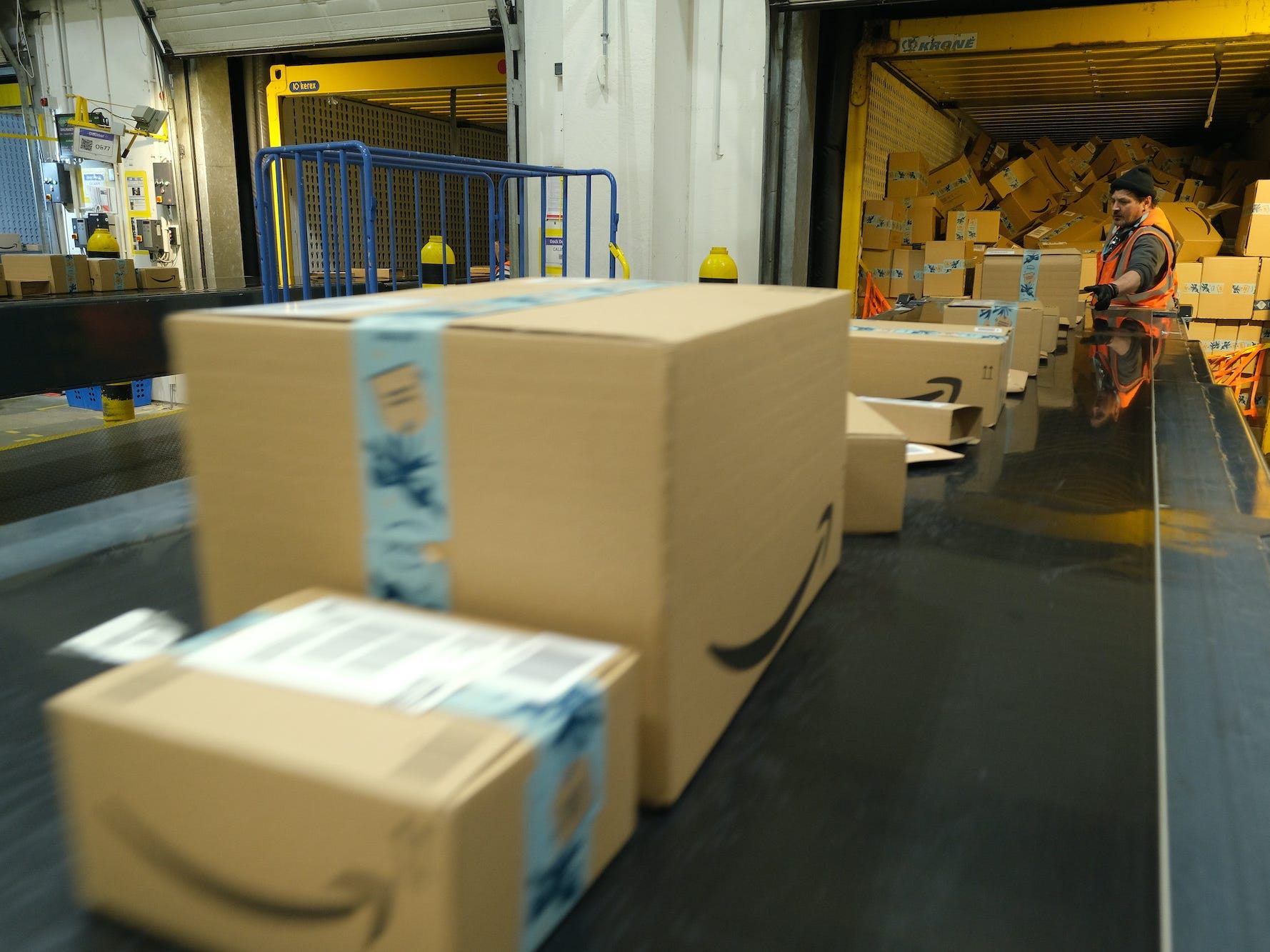 Sean Gallup/Getty ImagesA worker loads a truck with packages at an Amazon packaging centre on November 28, 2019 in Brieselang, Germany.

Amazon is teaming up with a government watchdog group to investigate suspected fake goods and prevent them from entering the US, the company announced Tuesday.

Working with the National Intellectual Property Rights Coordination Centre â€” which is overseen by Immigrations and Customs Enforcement â€” Amazon intends to use the partnership to protect consumers and combat the selling of counterfeit goods, an increasingly prevalent issue for the ecommerce site in recent years. Bloomberg first reported the government partnership.

Amazon said in a press release that the joint project, dubbed “Operation Fulfilled Action, will “analyse data and conduct targeted inspections aimed at preventing counterfeit products from entering the US supply chain” to hold bad actors accountable. The company told Business Insider that it will be conducting physical inspections of goods as they cross the border into the US. Logistics company DHL and US Customs and Border Protection will also join in the project.

In the announcement, the company said it invested more than $US500 million into anti-counterfeit measures in 2019. In June, Amazon also established a Counterfeit Crimes Unit as a means to look into suspected fake items and even levy legal action against them.


Read more:
Amazon told a congressional antitrust committee in a follow-up letter that more than 90% of its product listings in almost all categories come from third-party sellers

Counterfeit goods have so heavily infiltrated Amazon’s marketplace that brands have stopped selling official products on the platform.

Nike pulled its listings from the site to focus on “more direct, personal relationships.” And Birkenstock has stopped selling its popular shoes on Amazon â€” its CEO accused the company of “modern-day piracy.”

Amazon filed a lawsuit against two social media influencers in early November, alleging that they were working with 11 businesses or individuals in listing luxury designer knock-offs on the company’s web store and promoting them on their Instagram, TikTok, and Facebook accounts. The two women were previously members of Amazon’s influencer marketing program until the company removed them for peddling counterfeit items.