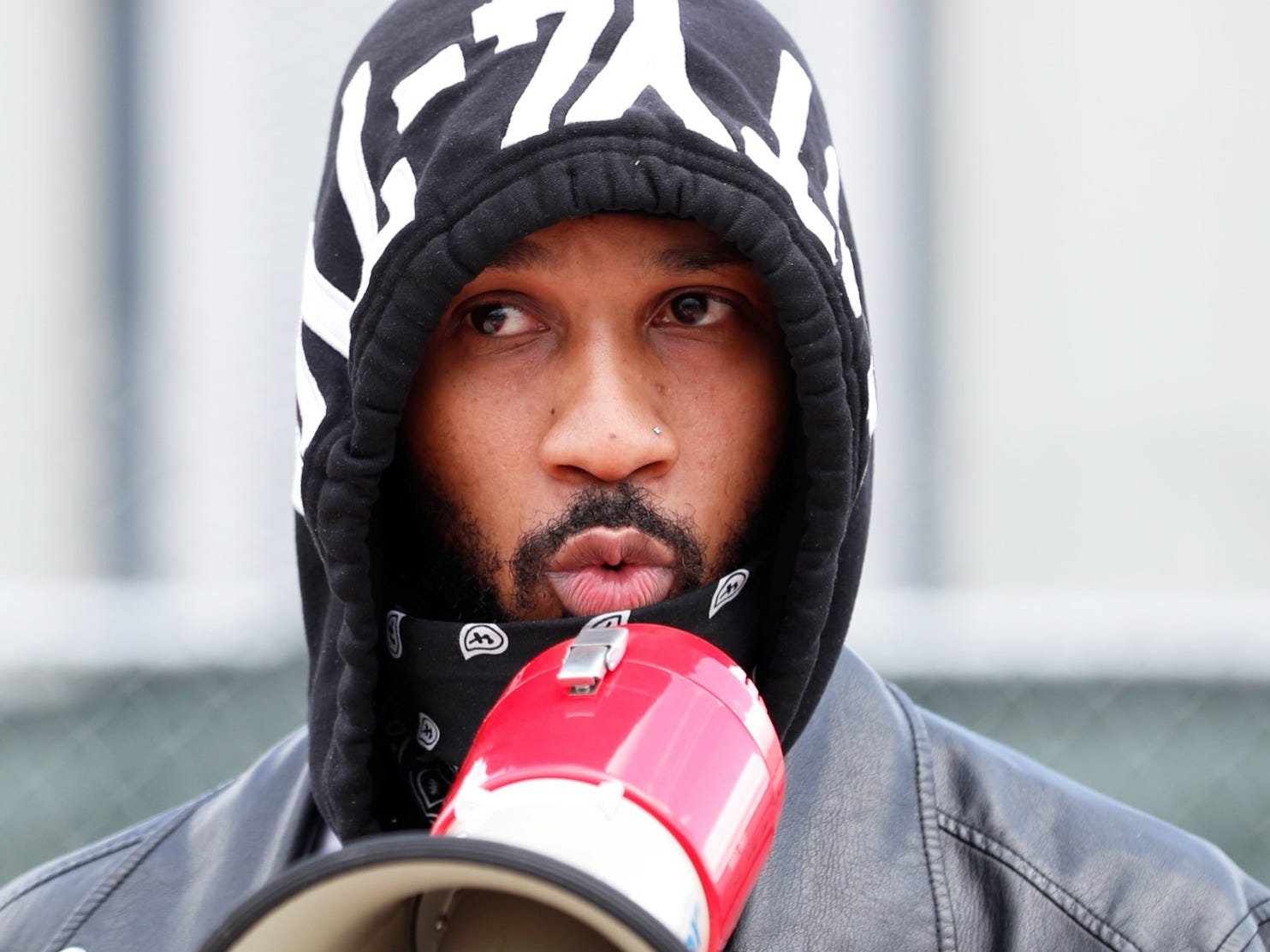 Amazon is facing a class action lawsuit that accuses it of violating state and federal civil rights laws by intentionally working harder to protect its managers, who are disproportionately white, from COVID-19, while not taking the same precautions with its overwhelmingly Black, Brown, and immigrant warehouse workers.

“Its reaction to the pandemic subjected those minority workers to health threats to which Amazon did not subject its primarily Caucasian management staff,” according to the lawsuit, which was filed Thursday in a federal court in New York by Chris Smalls, a former worker at Amazon’s fulfillment centre in Staten Island, New York.

“Today was a huge day for all essential workers,” Smalls told Business Insider, adding “don’t be afraid to speak your truth to power.”

Smalls, who is Black, was fired by Amazon in March just hours after leading a protest of the company’s early pandemic response.

“We terminated Mr. Smalls for putting the health and safety of others at risk and violations of his terms of his employment. Mr. Smalls received multiple warnings for violating social distancing guidelines. He was also found to have had close contact with a diagnosed associate with a confirmed case of COVID-19 and was asked to remain home with pay for 14-days. Despite that instruction to stay home with pay, he came onsite further putting the teams at risk,” Amazon spokesperson Lisa Levandowski told Business Insider in a statement.

But Smalls claimed in the lawsuit that, at the time, Amazon wasn’t taking employees’ temperatures, providing PPE, enforcing social distancing, or following public health officials’ cleaning guidelines â€” and after his coworker tested positive, Smalls claimed he was the one who requested paid time off for himself and his coworkers to quarantine after Amazon failed to act.

Days after firing Smalls, a leaked memo obtained by Vice News revealed that Amazon’s top executives had planned to mount a PR campaign against Smalls to discredit him.

“He’s not smart, or articulate, and to the extent the press wants to focus on us versus him, we will be in a much stronger PR position,” Amazon general counsel David Zapolsky wrote in notes sent to other top executives, adding that there was “general agreement” on the strategy, which was devised in a meeting attended by CEO Jeff Bezos and operations chief Dave Clark, according to Vice.

Smalls claimed in the lawsuit he brought a group of workers of colour to meet with warehouse management about the lack of safety measures and was blown off, while the reception was more positive when he returned with a group of his white coworkers, leading him to believe Amazon was less concerned “because the large majority of them were African-Americans, Latino or immigrants who were vulnerable because of their recent entry into the United States.”

Amazon denied that its safety measures were motivated by race and said it values diversity and inclusion, referring Business Insider to its official statements on the topic and its $US27 million in donations to racial justice organisations. (For comparison, Amazon earned that amount in just over 30 minutes based on its third-quarter earnings).

Amazon faced intense backlash from workers, across the US and globally, over its early response to the pandemic, including around its sick and hazard pay policies as well as safety measures â€” even leading one of its top executives to resign.

Amazon started paying workers an extra $US2 per hour in March as hazard pay, but dropped the practice in May, and offers limited sick pay beyond a two-week period for employees who test positive for COVID-19. The company said it has taken a variety of steps to limit the spread of the virus in its facilities, including providing protective gear for workers, taking their temperature before they begin work, rolling out on-site testing in some locations, and implementing additional cleaning measures.

Still, in October, Amazon said that it had identified more than 19,000 COVID-19 cases among its “frontline” employees (that analysis has not been independently verified).

In response to workers’ concerns and Amazon’s firing of multiple whistleblowers who raised those concerns, regulators and lawmakers have initiated multiple investigations and inquiries, some resulting in fines for violations. New York City’s human rights commissioner opened an investigation into Smalls’ firing, and Reps. Rashida Tlaib and Debbie Dingell have called for a federal investigation into health violations at Amazon warehouses.

Meanwhile, Amazon’s business has skyrocketed during the pandemic, leading it to hire hundreds of thousands of workers to meet surging demand for online shopping. The company blew past Wall Street’s expectations for its third-quarter earnings last month, sending its stock price up 70% on the year, and in the process helping Bezos’ net worth â€” most of which is tied up in Amazon shares â€” soar to $US48 billion from January to June.

Are you an Amazon insider with insight to share? Contact Tyler Sonnemaker using a non-work device via email at tsonnemak[email protected], encrypted messaging app Signal at (503) 319-3213, or Twitter direct message at @TylerSonnemaker.