A secretive company that's worked with Airbnb, Apple, and Amazon reportedly has its workers pay fees and buy their own equipment to do the job of providing customer support 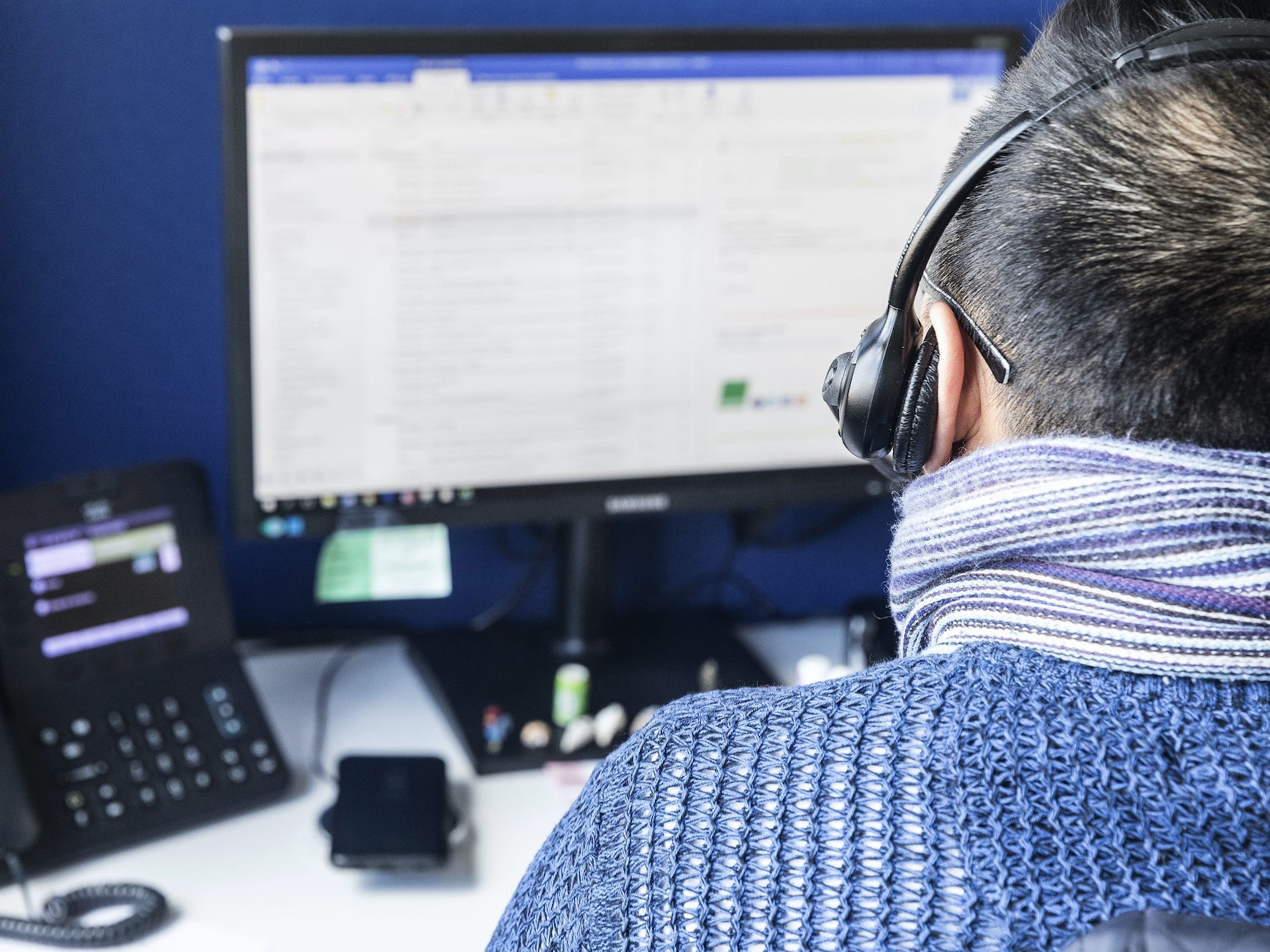 Badias/Andia/Universal Images Group via Getty ImagesA man works at a computer with a headset.

A customer service firm hired by the likes of Airbnb, Amazon, Apple, and Disney has seen a burgeoning business during the pandemic. But the 25-year-old firm also has a history of worker exploitation, according to a new ProPublica report.

Arise Virtual Solutions acts as a middleman between gig workers â€” who, ProPublica reports, are mostly women and people of colour â€” and big companies, pairing the remote customer service workers with large corporate clients. Arise’s clientele includes Amazon, Apple, AT&T, Disney, eBay, Peloton, Virgin Atlantic, and many others, according to the outlet.

The corporations are drawn to Arise’s services in part because of how quickly the firm can hire workers, the report notes. But Arise can also easily fire those customer service agents, without severance or insurance, in what is another example of how rampant worker vulnerability and exploitation can be in the gig economy.

Arise has been hit with federal class-action lawsuits since 2011, with workers alleging federal labour law violations and wrongful treatment of employees. ProPublica viewed hearings, internal documents, corporate contracts, and other records, as well as spoke with multiple agents for its investigation.

The company markets its offerings as other gig work firms do, enticing people who want to set their own work schedule. Asign-up button on Arise’s website advertises for people to “BE YOUR OWN BOSS.” To become an Arise employee, a contract worker has to pay for equipment and training and has a fee taken out of each paycheck to use the company’s technology, per ProPublica. They also have to sign nondisclosure agreements. Many workers told the outlet that the up-front costs dip too much into their pay, which can equate to below minimum wage.

Arise will overhire customer service agents so that their clients will have more than enough workers, just in case. But by doing so, ProPublica notes that they’re charging hundreds of dollars from people who may or may not be able to find work through the program.

Remote work and the customer service gig market are two areas seeing a spike in activity through the COVID-19 pandemic as offices remain closed. In April, Arise’s agent network ballooned to 70,000, according to the report.

The company provided Business Insider with a statement, which ProPublica uploaded in full here, saying that the work it offers to people can “be dependent on demand like many independent contractor arrangements” and that its platform has “overwhelmingly shown positive outcomes” for those who use it.

The outlet contacted 38 of Arise’s clients, past and present. Signet, the parent company to Zales, Kay, and Jared jewellers, said it paused its ties to Arise “pending further due diligence” after the outlet reached out inquiring about labour practices. Others, like Airbnb, declined to comment.

You can read the full report on ProPublica here.